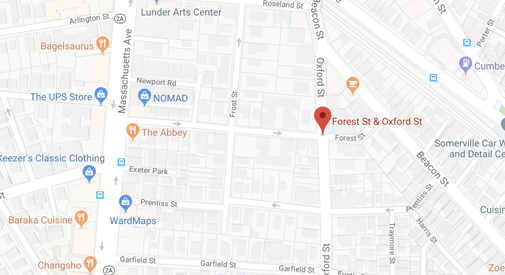 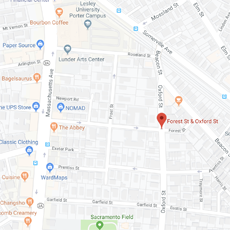 Police investigated a gunshot incident at Oxford and Forest streets Sunday morning in the Agassiz neighborhood near Porter Square and the Somerville town line. It took place at around 3:19 a.m., in a way the third such incident in a week – but this one came with a twist.

“It was discovered that blank rounds were fired,” said Jeremy Warnick, director of communications and media relations for Cambridge police.

Also, because it appeared they originated from Oxford Street in Somerville, not Cambridge, police in that neighboring city have been alerted.

Before it was discovered the rounds were blanks, this fit a pattern familiar to Cambridge gunfire reports: There were no known injuries, and no immediate suspects. Most such incidents happen in the early morning, like this one; last year, most of the dozen reports of gunfire took place in Central Square and The Port.

Nearby officers responded quickly to Oxford and Forest streets Sunday. After canvassing the area, they found shell casings on Oxford Street, according to a police sent shortly before 8 a.m. – and they were blanks, according to an 11:49 a.m. follow-up.