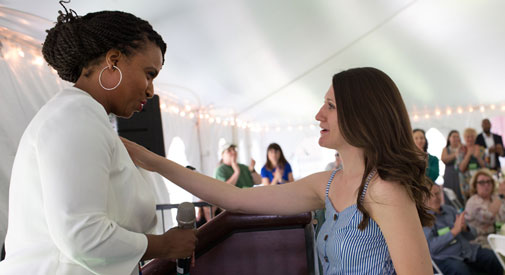 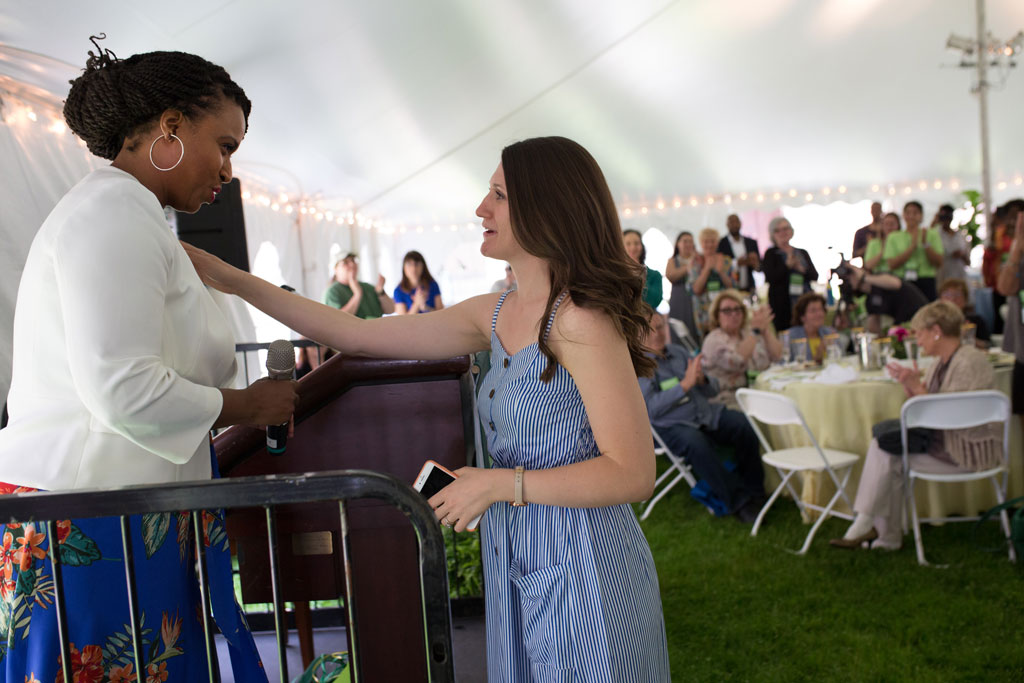 Alumni of Lesley University, including members of the Class of 1969 on campus for a 50th reunion, got a surprise during the weekend’s awards ceremony: U.S. Rep. Ayanna Pressley made a surprise visit and speech in honor of her chief of staff, Sarah Groh, an alum (and former Undergraduate Student Government president) being given the university’s Joseph Moore Professional Practice Award.

Groh, who graduated from Lesley in 2011, served as Pressley’s campaign manager for last years race for the state’s 7th Congressional District, which ousted 10-term Democratic incumbent Michael Capuano in a primary challenge.

“I would not be a congresswoman were it not for all the sacrifices she made – her brilliance, her laboring in love, her sweat equity,” Pressley said of Groh during an impromptu appearance at the Saturday alumni awards ceremony, held under a tent on Lesley’s Brattle Campus in Cambridge. “She really does make you want to level up.”

University publicists noted that Pressley and Groh met at Lesley last year, during the Women and Girls Conference, spurring their friendship and professional partnership. Groh thanked Pressley tearfully for “seeing in me potential I did not see in myself.”

Groh was being honored for her work in affordable housing advocacy and for Horizons for Homeless Children and the Massachusetts Adoption Resource Exchange.