Sudden chaos but little harm from downpour spun off of tropical rainstorm; heat will linger 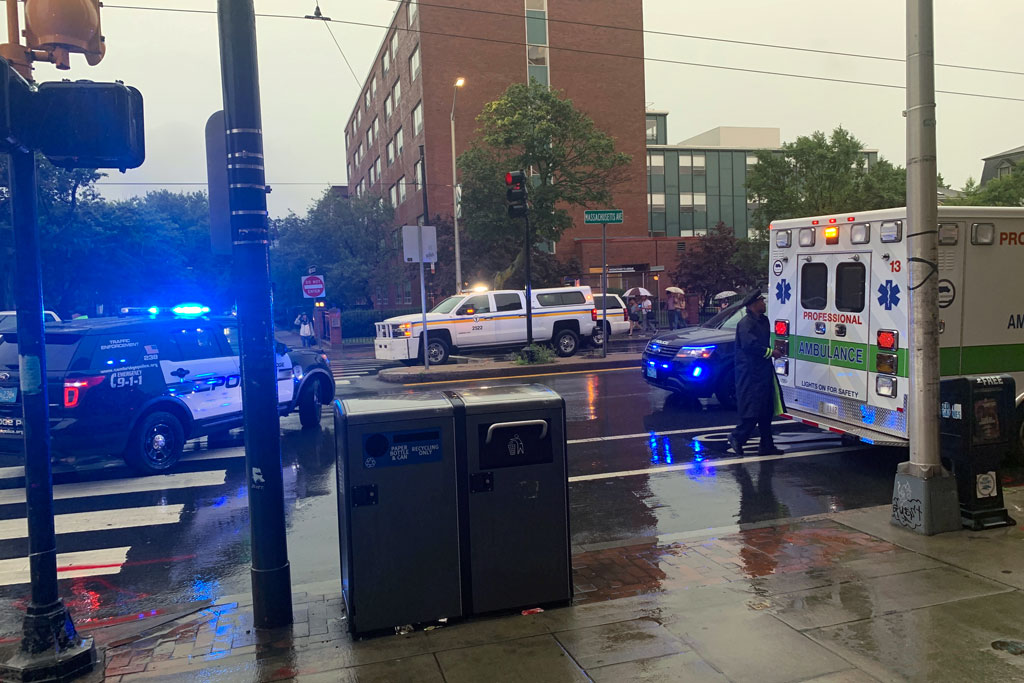 Sudden chaos but little harm from downpour spun off of tropical rainstorm; heat will linger

The intense rain and thunderstorms that battered the area Wednesday evening took down utility wires and caused several car collisions between 5:30 and 6 p.m., including an injured pedestrian, Cambridge police and fire departments said.

A woman was struck by a car at Shepard Street and Massachusetts Avenue amid a downpour that led to flash flood concerns and even reports of hail and damaging winds. A witness reported her running out of a Starbucks in the intensifying downpour and being hit by a sport utility vehicle.

But “the crash was fortunately minor,” and the woman refused medical help, said Jeremy Warnick, director of communications and media relations for Cambridge police.

Massachusetts Avenue was the site of the most readily identified downed utility wires, including those at Shea Road in North Cambridge and Wendell Street between Harvard and Porter squares – right by the incident with the SUV. “While public safety was in the area, they noticed trolley lines were low,” Warnick said. “They were working on addressing those, which led to traffic delays in the area.”

Though the weather springing off from Tropical Rainstorm Barry was dramatic, including lightning cloud-to-ground lightning, it was also over fast, as predicted. “Fortunately, downpours should be moving along rather briskly, so the threat for widespread flash flooding is low,” AccuWeather meteorologist Randy Adkins said before the weather strike.

The region is expected to get more rain Thursday with highs of 73 degrees before clearing but bring more heat on the weekend: an expected high of 93 degrees Friday, 100 degrees on Saturday and 95 degrees Sunday.

Tom Meek contributed to this report.