‘Blinded by the Light’: Not Born in the USA, but teen will follow Springsteen to freedom 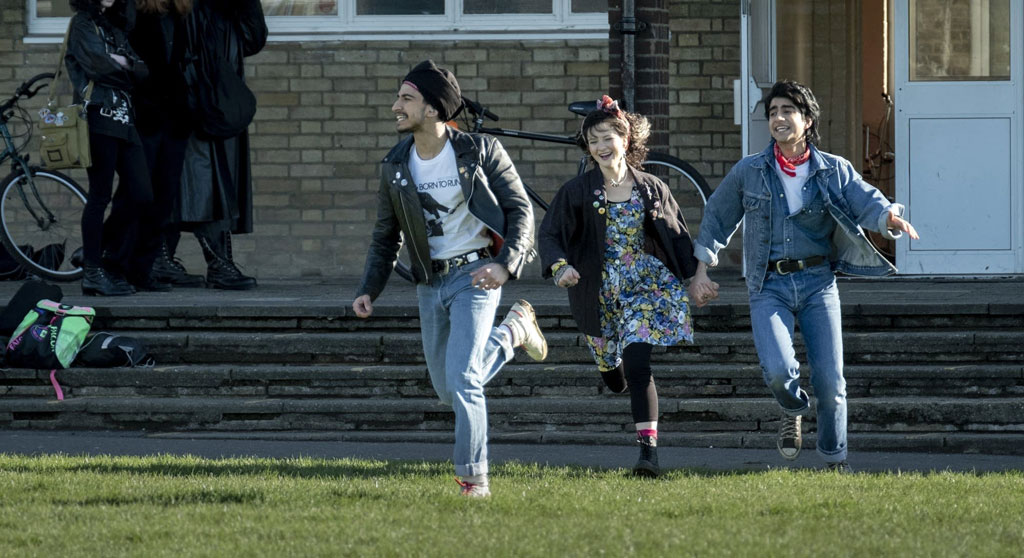 ‘Blinded by the Light’: Not Born in the USA, but teen will follow Springsteen to freedom

“Blinded by the Light” is a moving ode to youth, faith and Bruce Springsteen, who figures early and often in the life of Javed (Viveik Kalra), a British Pakistani teen living in 1987 Luton, England. Javed isn’t allowed to do much of anything. His strict parents won’t let him listen to music, watch TV or go to parties, and he’s terrified of telling his family that he prefers poetry to math or that he’s writing lyrics for a friend’s band. That is, until, as one character puts it, Javed “pops his Bruce cherry.”

On his first day of school Javed bumps into a fellow Pakistani named Roops (Aaron Phagura), who introduces him to “The Boss.” “Who’s the boss?” Javed asks. “The Boss of all of us,” Roops replies. After a rough day of getting spit on by neo-Nazis and arguments with his unflinching parents, Javed plugs in his Sony Walkman (remember, this is Thatcher-era England) and blasts “Born in the U.S.A.” The result is a libidinous blast of energy. All Javed wants to do is “make friends, kiss a girl and get out of this dump” – the kind of aspiration we can all relate to, including Bruce, whose music speaks to these kinds of everyday problems. 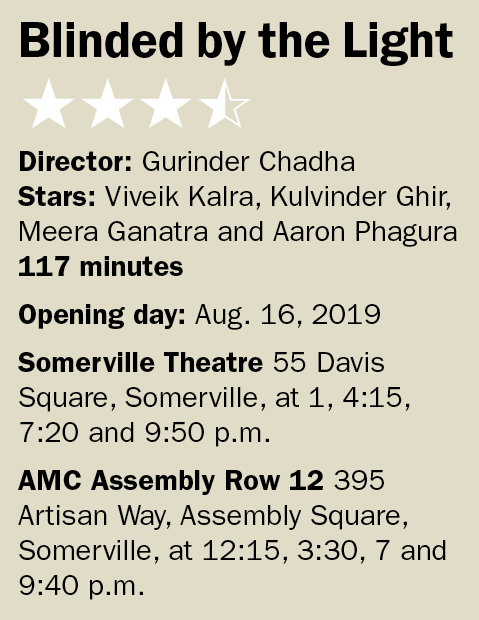 Javed is a “one-legged man trying to dance his way free” like Bruce sang about in “The Wrestler” – except that song referred to a fighter handicapped by age, and here it refers to a poet handicapped by his culture. But the story is universal, and the star is an endearing enough presence that “Blinded by the Light” will appeal even to non-Bruce fans.

Director Gurinder Chadha marries the charm of “Sing Street” (2016) and the conversations-turned-musical-numbers of “The Umbrellas of Cherbourg” (1964), giving the tone an airy feel, and it’s just fun to hang out with the characters, including a popular best friend doubling as a wingman, a rebellious right-wing girlfriend and a teacher who reminds us that “great writers tell us what we need to hear.” I may not be a great writer, but I can tell you what you need to hear: “Blinded by the Light” is the feel-good film of the summer, with a brisk pace and bright soundtrack sure to inspire foot tapping in theaters everywhere.

After a series of flops (“Bride and Prejudice,” “It’s a Wonderful Afterlife ”), Chadha has returned to the form she showed us in 2002 with the crowd-pleasing soccer tale “Bend it Like Beckham,” also about a remarkable talent being held back by a family’s cultural constraints. (This one was inspired by the teen years of screenwriter Sarfraz Manzoor, now an acclaimed journalist at The Guardian who has seen Springsteen in concert more than 100 times.)

By the end, Javed has gone from that “one legged man” to someone who can stand up for himself, and a symbol for the way music can change lives.