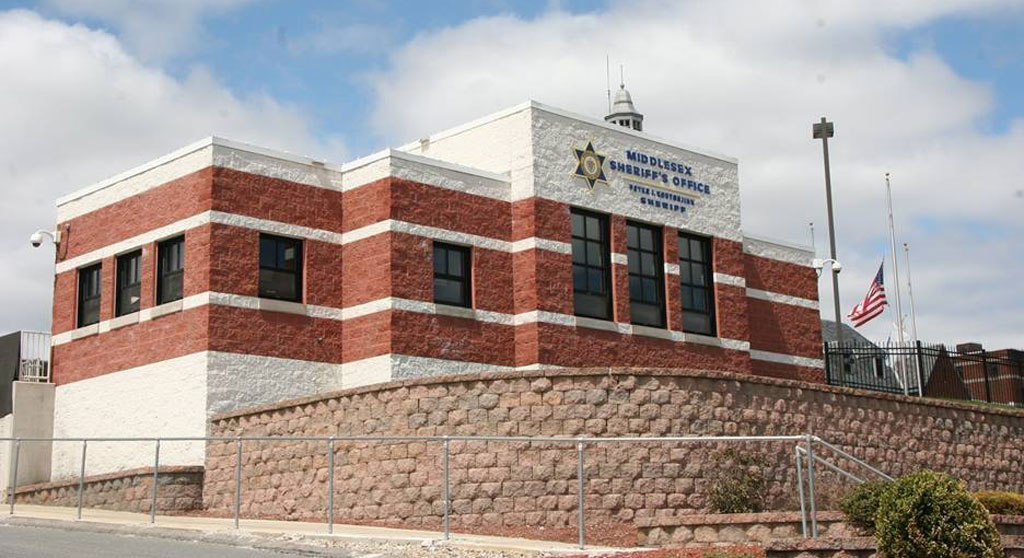 An inmate at the Middlesex Jail & House of Correction is headed to four to five years in state prison after continuing to assault officers, authorities say. (Photo: Sheriff Peter J. Koutoujian via Facebook)

Some people really go for someone in uniform, but Stephen Gittens has his own exceptionally violent way of doing it.

On Wednesday, Gittens, 58, formerly of Allston Street in Cambridgeport, was found guilty by a Middlesex Superior Court jury of six counts of assault and battery on a corrections officer and sentenced by Judge Peter Krupp to four to five years in state prison, according to Middlesex District Attorney Marian Ryan and Middlesex Sheriff Peter J. Koutoujian.

The attacks took place over five months, during which four corrections officers had to seek medical treatment for injuries sustained while trying to take Gittens to scheduled court appearances during his stay at the Middlesex Jail & House of Correction.

In 2010, Gittens got on police officer’s radar for “reckless and dangerous” bicycling at Broadway and Prospect Street, leading to a fit of “bike rage” against an officer – first verbal, and then, “as the officer got out of his police vehicle, Gittens allegedly attacked the officer, throwing his bike at him and punching him in the face,” the lawyer Lefteris K. Travayiakis recounted after police reports. “As Gittens managed to then wrestle the officer to the ground, he allegedly then tried to remove the officer’s gun from his holster. Nearby bystanders were able to assist the Cambridge police officer, who then managed to subdue Gittens and pepper spray him.”

Skip forward to June 2016, when Gittens was arrested at a local hospital for five counts of Assault and Battery on a Public Employee as well as a warrant out of Woburn Superior Court.  “While being treated,” according to the police report, “Gittens attacked several security officers present in the room.”

Details about the most recent spate of uniformly aggressive behavior came in July from The Sun newspaper in Lowell, when Gittens was arraigned: When he pushed a lieutenant into a filing cabinet, that lieutenant had to be treated for a rib injury, “and three other officers were injured while struggling with Gittens afterward.” Gittens was put in leg irons and an emergency restraint chair once officers got him under control, Robert Mills reported in The Sun, and on April 14, “Gittens again attacked officers, swinging his handcuffed fists at two officers who were preparing to take him to recreation time … One of those officers blocked Gittens’ swing, but the second officer was struck in the face and suffered a cut to his cheek.”

According to reports, “Gittens also attempted to spit on officers” at the time.

The “pattern of behavior,” Ryan said, “is entirely unacceptable.”