‘Downton Abbey’: King and queen are coming, and it’s a roiling pain upstairs and downstairs 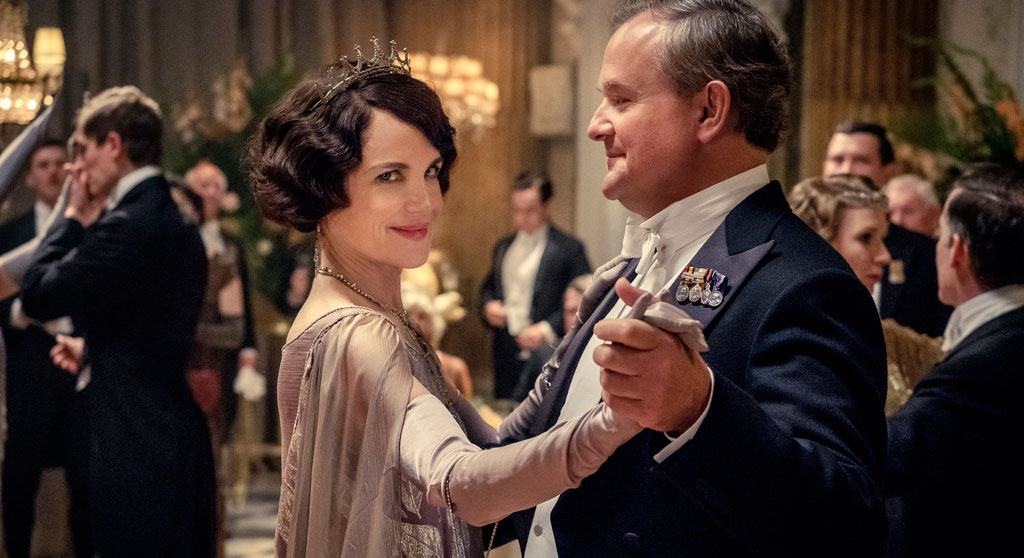 ‘Downton Abbey’: King and queen are coming, and it’s a roiling pain upstairs and downstairs

A quaint, tight little package that should warm the nostalgic hearts of loyalists of the PBS series that shut down four years ago, “Downton Abbey” is more of an apt TV sendoff than, say, the “Sex and the City” films (and it turns out Michael Engler, the director here, helmed episodes of each). For one thing, the plot is focused on closure rather than future opportunities, and it doesn’t play like an extended episode. 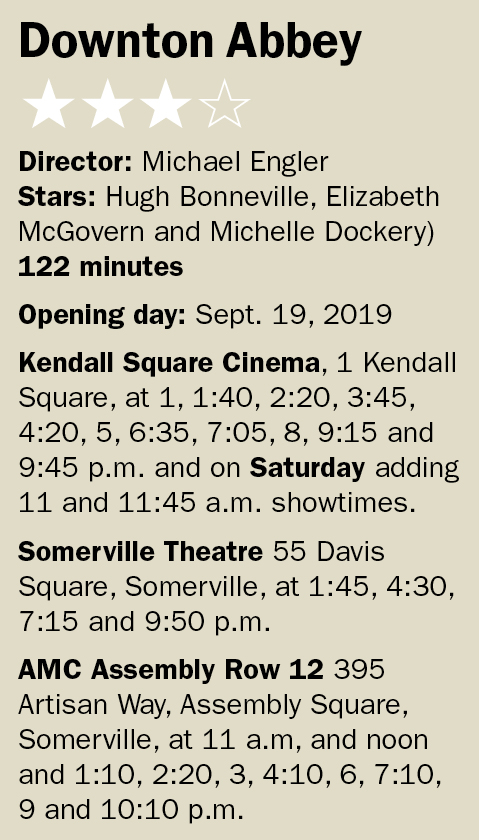 The intrinsic charm of “Downton Abbey,” small or big, has always been its focus on those doing the cooking, tidying and fluffing in the bowels of the grand estate. It’s post-World War I, yet the entitlements of the feudal past remain – if just barely, as the modern world and its complicated economics are crashing in to alter the staid landscape. The earl of Grantham (Hugh Bonneville) and his wife, the countess of Grantham (Elizabeth McGovern) are decent manse overlords, as manse overloads go; after taking in the series (I’m a dabbler, I must confess) and Robert Altman’s “Gosford Park” (2001, also written by Julien Fellowes, who won an Oscar for his effort) you wonder if all such passed-on grand estates are so civil and seamlessly run, with dignity between class barriers.

Sorry, I digress. Most everybody at the Abbey is on fine terms and happy at the onset, except maybe Lady Mary Talbot (Michelle Dockery), who frets about the mounting financial pressures of the infringing modern era and relentless upkeep of the manor. Then a neat but stressful gem gets dropped in their lap: King George V and Queen Mary are coming to Yorkshire for a visit and will take up digs at the Abbey. “Oh happy days” is the immediate reaction, but faces dim when it’s announced the Abbey’s staff will be replaced top to bottom by the king’s staff, who carry very little respect or empathy for the Granthamers (“I am not a butler, I am the King’s Page of the Backstairs,” one brassy prick retorts) and that is where the heat for the film begins to build and ultimately the tinder gets lit – when the Abbey lot decide they’re not going to take it. It’s good stiff-upper-lip oneupmanship three tiers down, while above, Maggie Smith’s persnickety grand dame Lady Violet has it in for Lady Maud (Imelda Staunton), who bestows too much public fondness for her maid.

More harrowing is the ferreting out of a possible assassination attempt and Barrow (Robert James-Collier), the onetime footman promoted to butler, diving into Yorkshire’s gay underground and the absurdly Draconian (and sad) reaction by authorities during a bust. It’s the film’s most biting (and practically lone) barb of social commentary.

Where fans of the series might feel shorted is that there’s too much packed in to too little. Character and conflict are pushed by plot, and screen time feels meted by slivers of the clock and not significance. What’s up there feels like it could go another hour (it’s right at two) or have a Part II. Also, mind you, Engler is no Altman, who with “Short Cuts”(1993), “Nashville” (1975) and “Gosford Park” to prove the point, was a master of the hydra-headed narrative. Engler does a fine enough job, and to be fair “Gosford” was built from the bottom up (in collaboration with Altman actor/writer Bob Balaban), whereas this “Abbey” is a retrofit for the faithful. It’s not grand, but it does do what it does with dignity and grace.