‘Judy’: She knows there’s no place like home, but can’t get any closer than stage in London 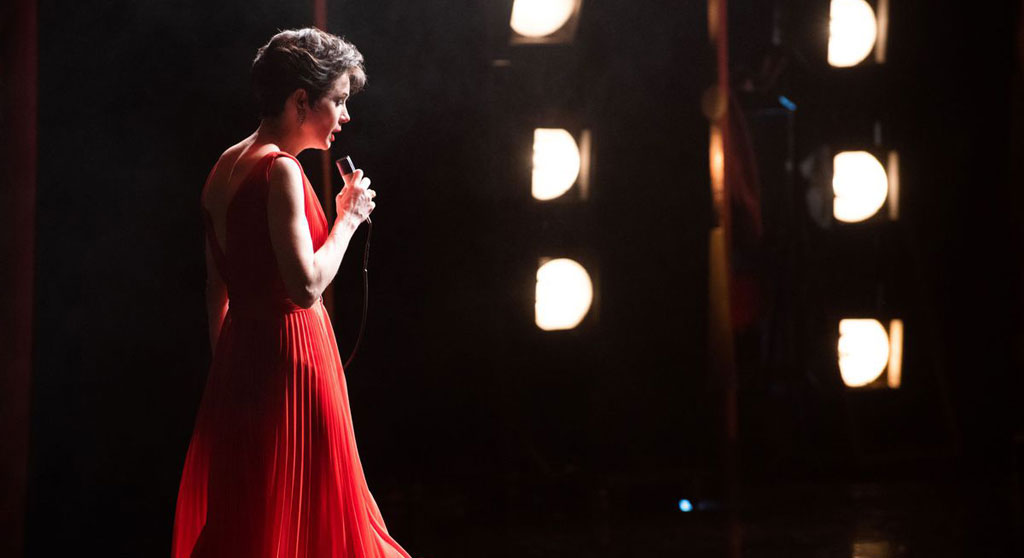 ‘Judy’: She knows there’s no place like home, but can’t get any closer than stage in London

“Judy,” the biopic about stage icon Judy Garland, is just right focusing on her “hot mess” last chapter as an in-residence performer at a London theater club, her better days interspersed through deft editing and seamless narrative framing. It is a tad oversentimental at times, but overall a bittersweet pill that finds its mark effectively, and three-time Oscar nominee and one-time winner Renée Zellweger knocks it out of the park as the it girl whose star has faded; she’s about as sure a bet to be in Oscar talks as Leo DiCaprio and Brad Pitt. 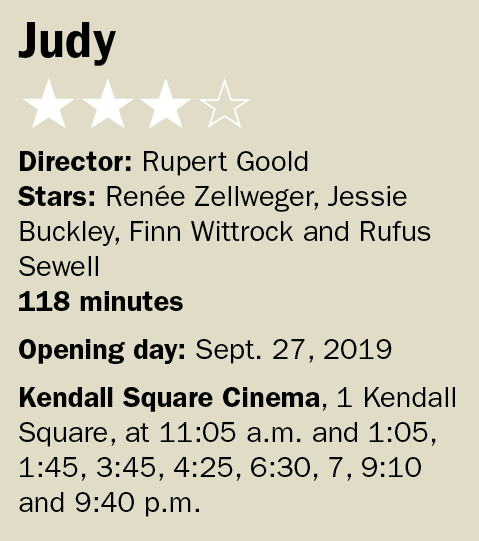 The script, written with purpose and verve by Tom Edge (“The Crown”), sets us up with Judy and her two youngest, Lorna and Joey (played by Bella Ramsey from “Game of Thrones” and Lewin Lloyd) circa 1969, being evicted from their hotel digs. She’s broke and broken and just wants to be a mother to her children, but there are bills to be paid, no one in the states who will give the unreliable pill-popper a role or a gig and a custody battle brewing with ex-husband Sid Luft (Rufus Sewell). Before London calls there’s a brief L.A. house party with older daughter Liza Minnelli (Gemma-Leah Devereux – stunning) and an uplifting but ultimately unfortunate encounter with a mod hipster Mickey Deans (Finn Wittrock), who would become her last husband.

The whole saga is sad, with fleeting moments of uplift: Judy is always “on” when on stage or talking to an adoring public, but her own worst enemy sodden with booze and pills after the curtain drops. In flashbacks to her younger days (Darci Shaw crushes it as the young Judy), she’s simultaneously given an avuncular embrace and manipulated malevolently by MGM head Louis B. Mayer (Richard Cordery) on the set of “The Wizard of Oz,” where studio handlers forbid her food and feed her uppers and downers instead; and men in general attach themselves and milk her throughout her life. About the most love and respect the star gets beyond her progeny comes from her stiff-upper-lip handler in London, Rosalyn (Jessie Buckley) and her young bandleader, Burt (Royce Pierreson). One of the film’s more whimsical and fun moments comes when Mickey comments in a bar about a new, experimental Beatles album – and floats the idea of Judy performing with The Rolling Stones. The crowd is nonplussed, but Judy drinks up hungrily the shot of possibility and confidence.

Director Rupert Goold, who’s mostly orchestrated stage theater, and cinematographer Ole Bratt Birkeland stage and frame the performances stunningly, especially in the use of light and closeups, and with engrossing intimacy. Of course, it all hangs on the star who’s on in every take. One telling scene comes during a TV interview, when a journalist tries to dig in on the former starlet about her “unreliability” and messy custody proceedings and gets blowback: “I’m Judy Garland for one hour on stage and then I’m a member of family just like anybody else.” Sadly, that never really became the case, and you can feel that palpably in Zellweger’s performance.

Fictional films such as “A Star is Born” (Garland starred in the 1954 version with James Mason) and “All that Jazz” tackle the toll of stardom and its perils, but “Judy” lives it, and through it, you live it too. It breaks your heart, not from the usual distance, but deep down inside with the painful desire of someone who just wants to be loved unconditionally.