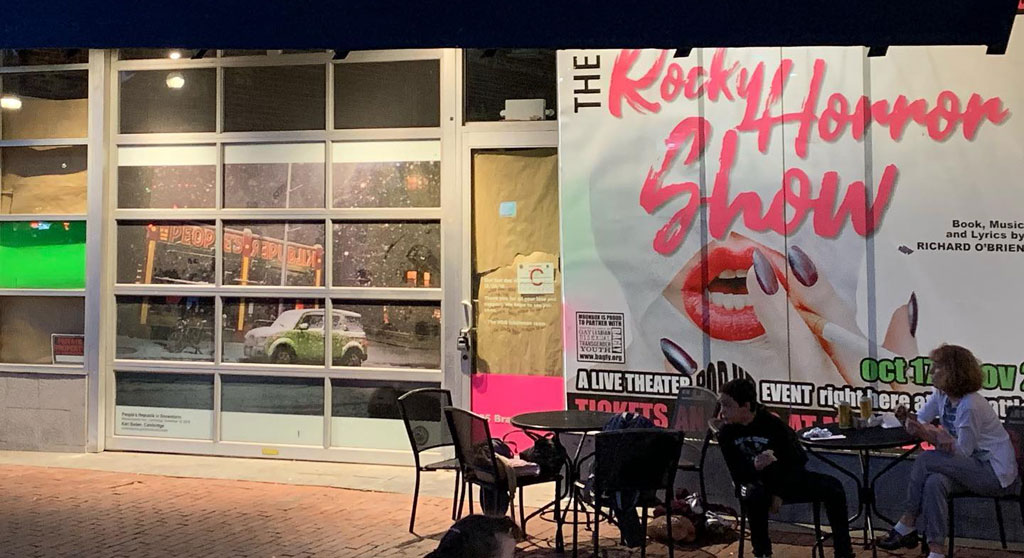 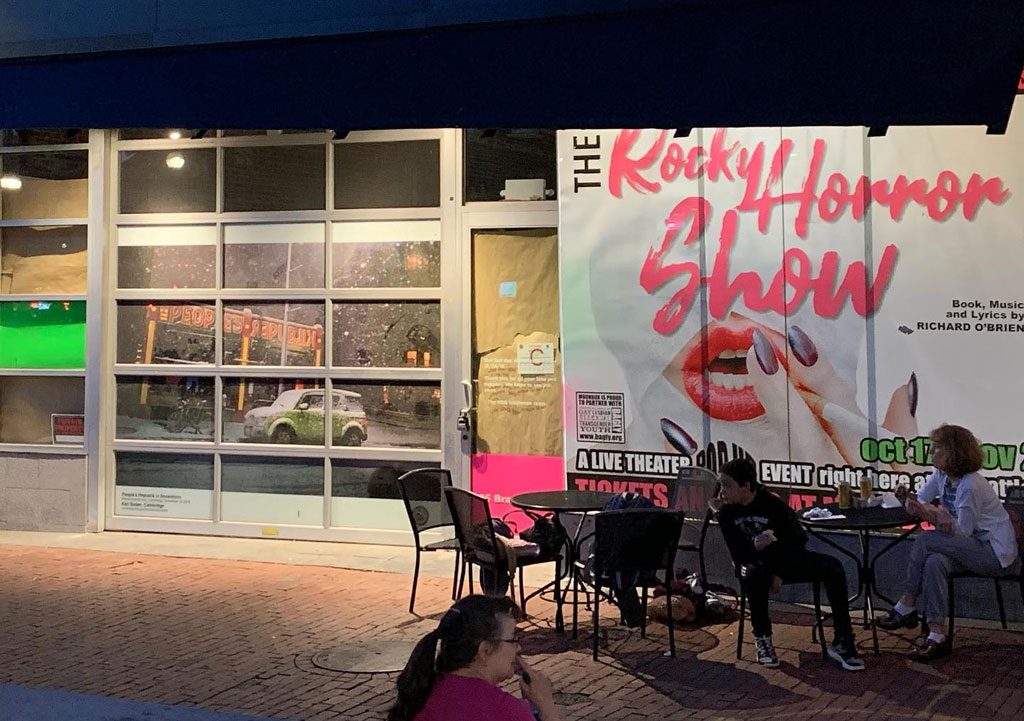 The “Rocky Horror Picture Show” is coming back to Harvard Square – once a weekend cinema staple, it’s now a theater production (and really just “The Rocky Horror Show”) arriving in time for Halloween, with the benefit of activating one of the square’s long empty and most prominent retail spaces.

The venue, after all, is the former Hidden Sweets shop at 25 Brattle St., which has been empty since December 2016; there was a five-month run as a Lululemon popup that ended in January. 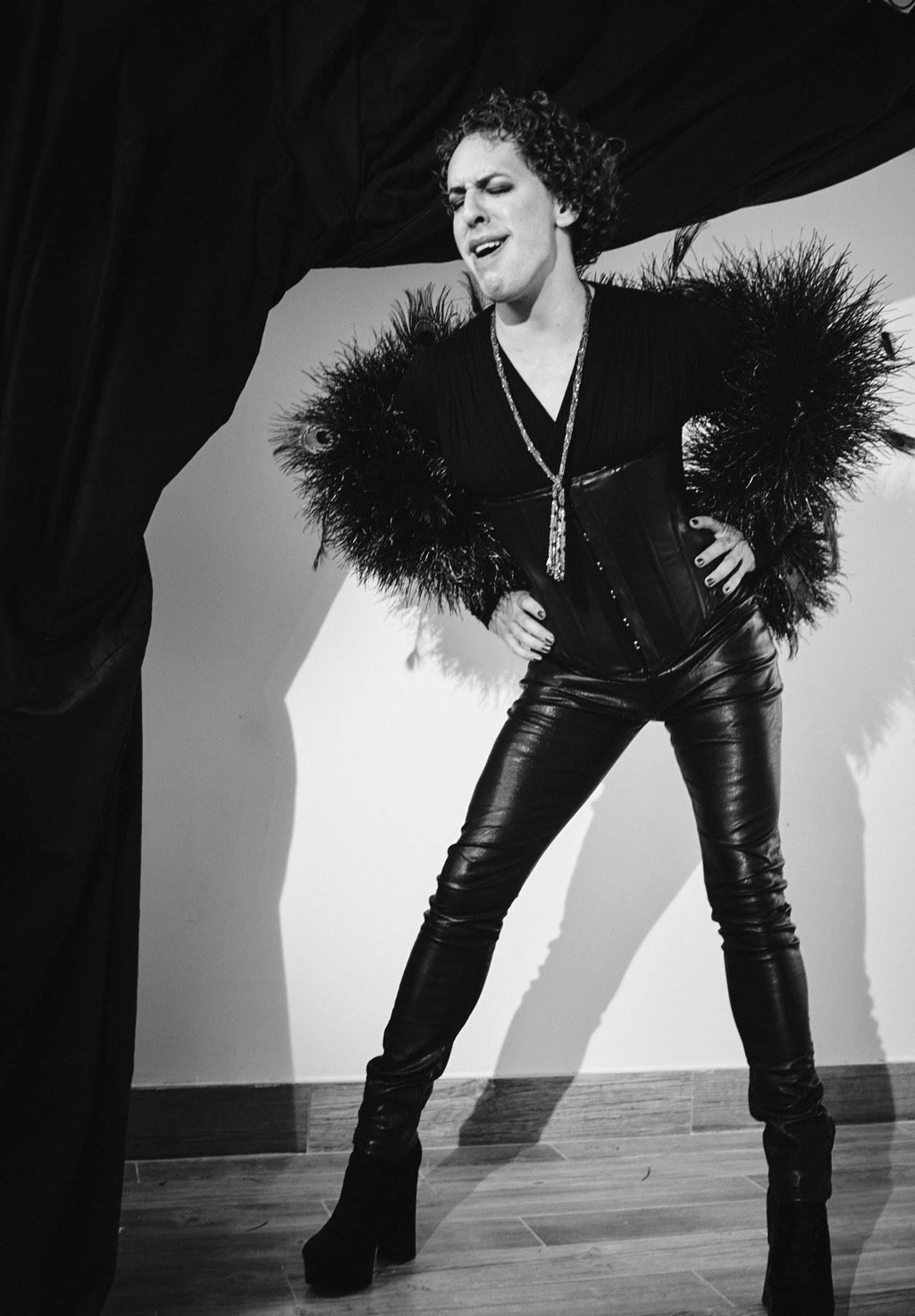 Peter Mill as Dr. Frank N. Furter in “The Rocky Horror Show,” in rehearsal for a September preview in Boston. (Photo: Jonathan Fasulo)

“We’re basically producing the show and creating the theater simultaneously,” Moonbox publicist Regina Norfolk said. “They’ve kind of given us free rein, because it was empty and they know some [future business is] just going to come in here and gut the space. So they said, ‘Yeah, have at it, gut it, do whatever you want, create a theater.’ It’s become this really fun project.”

Moonbox is customizing the high-ceilinged space for “Rocky” with action along the back and down the center, with seating (including tables) and a small bar along either side. “We’re creating a fun theater right there in Harvard Square,” with construction expected to go on during rehearsals, Norfolk said.

Last summer, Moonbox expected to stage “Rocky Horror” at Kendall Square’s Le Lab. When that fell through in early September, the company – based in Harvard Square – turned to the Harvard Square Business Association for help.

Producer Sharman Altshuler and director David Lucey already had their eye on the Hidden Sweets space, said business association executive director Denise Jillson, and property owner Asana Partners– which she said is seeking a long-term tenant and may already have one lined up – turned out to like the idea.

“I had a conversation with Asana that said, ‘This is exactly the kind of thing that we need. So if “Rocky” is successful, you know, how about long term?’ And [the Asana representative] sort of laughed. I think they realize it would be terrific,” Jillson said.

The possibility of the theater company taking over the space permanently “is a long shot, though we certainly planted that seed,” Jillson said. “That would be really fun for the square.”

It would also be a boost for North Carolina-based Asana, easily the most despised property owner in Harvard Square after forcing out Crema Cafe and Black Ink with rent increases since picking up a block of Brattle Street properties in 2017 for $108 million.

“Rocky Horror” began life as a live musical satire of cheesy horror films and celebration of 1974-era sexual liberation, but its long life is more due to a 1975 film production that gained cult status, playing as a midnight flick across the country with elaborate, fan-run live shows and extensive audience interaction. The midnight shows were a staple at the 10 Church St. AMC Loews Harvard Square 5 from 1984 to the cinema’s closing in July 2012; Harvard Square briefly hosted the film and play simultaneously, as the Gold Dust Orphans out of Boston and Provincetown brought a production to Oberon for the three months ending 2011.