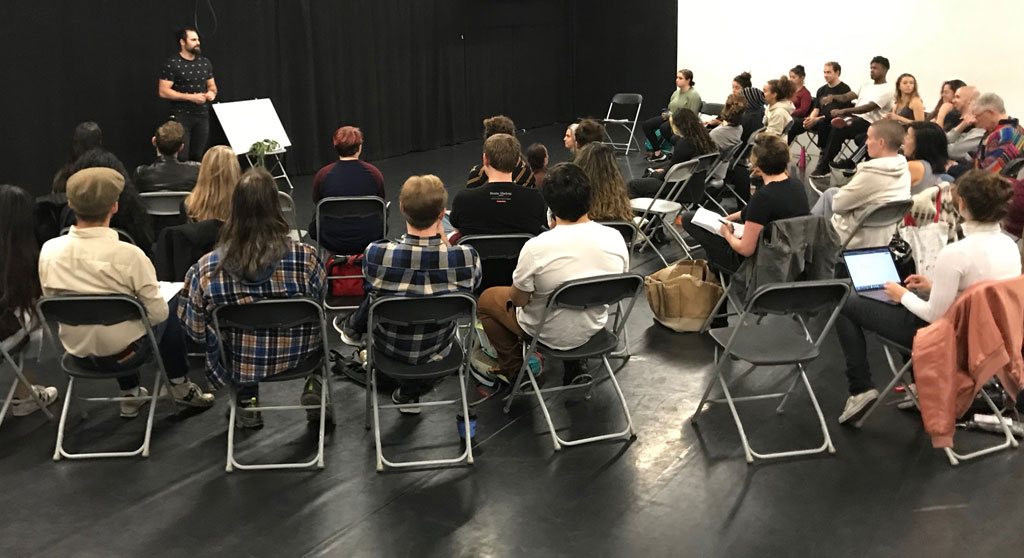 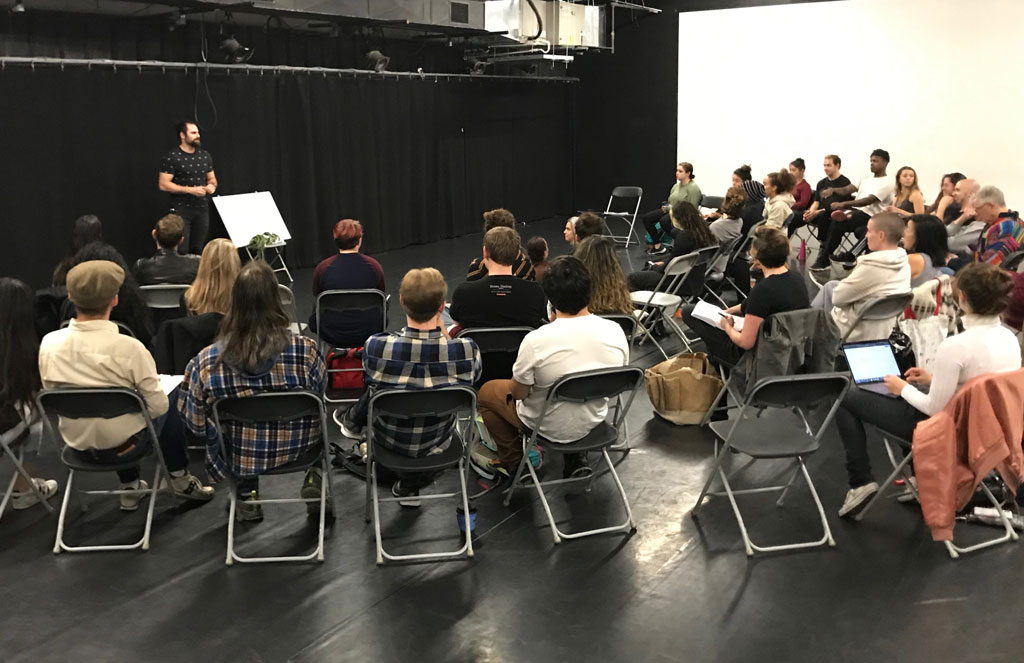 The closing of Green Streets Studios after 28 years in Central Square has been turned into a broader effort to stop the loss of arts in Cambridge.

The dance space opened a studio Monday to some 55 people to talk about organizing to protect cultural institutions and artists in the city, with speakers including former city councillor Nadeem Mazen and City Council candidate Ben Simon – a tenant at the EMF building, until it was bought by a developer.

Asked what was next for the Green Streets Studios, managing director Leah Thiffault gestured into the impromptu meeting space. “This is it,” she said.

Green Streets Studios board secretary Hanna Rose Alex also attended the meeting. “If we had a Plan B, we would be doing it,” Alex said.

The dance space announced its closing Oct. 2, naming Oct. 27 as its last day in operation after Peter Givertzman, president of the Oriental Furniture shop and owner of the building as of April, nearly tripled the organization’s rent, according to the studio’s board.

It joins such recent closings in Central Square – a state designated cultural district – as the Out of the Blue art gallery and Mobius performance art space and the EMF music community and its New Alliance Gallery. Cambridge has also seen the departure of the Deborah Mason School of Dance,  Comedy Studio and Bridge Repertory theater company in recent years.

The closing of Green Streets Studios is particularly painful because of its floor – a specially built sprung floor installed roughly a decade ago and paid for by tenants at Green Street. Flamenco dancer Barb Strom said it was unique in Cambridge, and invaluable for percussive dance styles such as flamenco or Irish step. “The Dance Complex and other Cambridge studios don’t have a floor of similar quality,” Strom told city councillors Oct. 7. “To our knowledge, the closest studio with that type of floor is in Jamaica Plain, and we really prefer to stay in Cambridge. That’s where most of us live.”

A diaspora of Green Street dance groups to increasingly fewer and farther studios is underway. While some were accommodated by the Rumba Y Timbal Dance Company, which is based at the YWCA at 7 Temple St. – still in Central Square – the Boston Bollywood group is moving for  now to the Mary Flynn Murphy Dance Studio at 730 Broadway, in Somerville’s Ball Square area, said Bollywood troupe leader Swati Tiwari. Unlike Green Street Studios, it’s far from convenient public transportation options.

Jason Weeks, executive director of the city’s Cambridge Arts agency, said staff was “heartbroken” to learn of Green Street Studios closing. On Wednesday, he said staff was working to identify rehearsal and presentation spaces where “dance makers who will be displaced from Green Street Studios can continue to carry on their work.” (Tiwari said she was unaware of the Cambridge Arts offer of help.)

“In collaboration with the City Manager Office, mayor’s office, City Council and school leaders, we have reached out to The Dance Complex, José Mateo Ballet Theater and the Multicultural Arts Center to determine availability for displaced dance makers in those facilities. We have also been in communication with the Central Square Business Improvement District to work towards identifying privately owned spaces that might be made available for both short- and longer-term use by the dance community,” Weeks said in a press release. “We are committed to identifying new opportunities and spaces where the dance community can create work and connect with local and regional audiences.”

The arts meeting held Monday, which grew in size over an hour and a half before a salsa class moved in, began with a discussion around general organizing principles. One speaker was Nate Fillmore, of Cambridge Bike Safety, who discussed how his group became effective at working with municipal government. But Simon, who is running for a seat on the City Council in November, said the issue was about government policy mainly as much as that policy was affected by developers and gentrification.

“Developers are not our friends,” Simon told the gathered dancers, musicians and other artists.