‘Parasite’: What’s rising from the basement? Another squad eager to fight in the class war 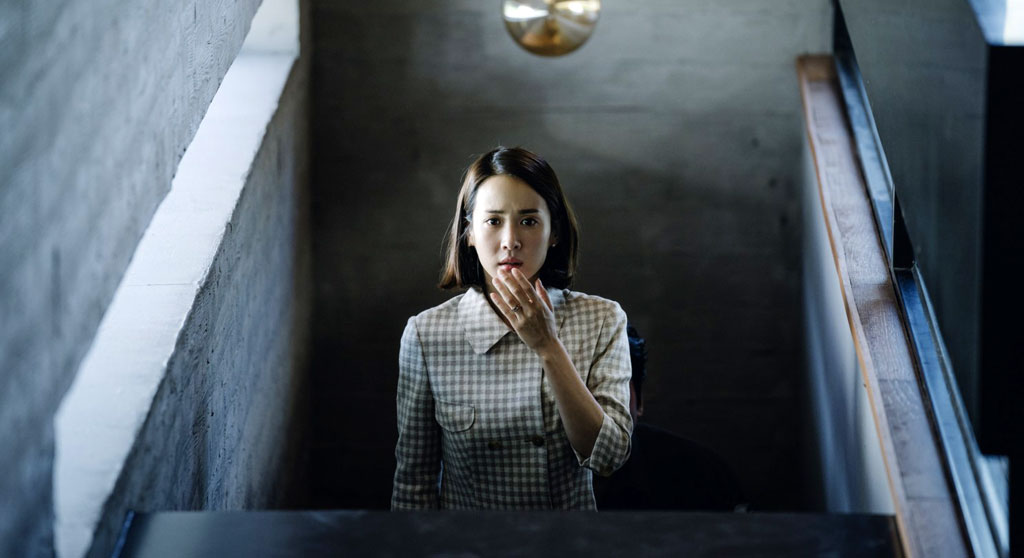 ‘Parasite’: What’s rising from the basement? Another squad eager to fight in the class war

Korean director Bong Joon-ho, who plumbed issues of economic disparity in “The Host” (2006) and “Snowpiercer” (2013), is back at it in “Parasite,” where we meet the haves and have-nots – the Parks and the Kims – and the shit starts flying. 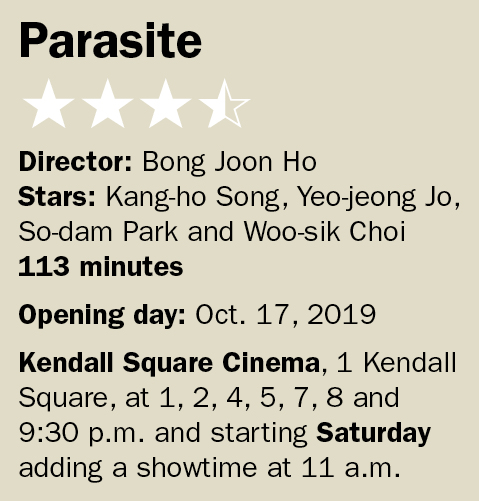 We catch up with the Kims first, living in a shabby basement apartment where they fold pizza boxes for a buck and scam Wi-Fi from those above. They live hand to mouth until the enterprising daughter of the clan, Ki-jung (So-dam Park, sassy and excellent) lands a job as an art therapy tutor to the Parks’ young, eccentric (and demanding) son, who was traumatized in first grade by something emerging from the lowest level of the Parks’ sleekly palatial, very Scandinavian home. A host of opportunities emerge. Ki-taek’s older brother is ensconced tutoring the Park’s daughter. The mother supplants the Parks’ longtime housekeeper. And what if the patriarch of the Kims could get a job as the Parks’ driver? Neat idea, but they already have a chauffeur. The resolution is a pair of soiled panties left in the back of the Benz for Madame Park, quite OCD and repressed, to get her gloved mitts on.

The Parks, for all their wealth and stature, are 120 percent unaware that their new battery of employees know each other. It’s a happy coexistence for a good while; then the Parks go away for a long weekend and the Kims move in and make the place their own, emptying the liquor cabinets and pretty much turning the sparkling, spartan palace into a squatter’s paradise. It’s also when that something in the basement rears its head and the movie goes from a tense 5 to a frenetic 11.

Bong’s “Snowpiercer,” famously nearly ruined by disgraced movie mogul Harvey Weinstein, was about class stratification – those in the cramped dingy rear of the post eco-apocalyptic train eating soylent-ish green squares until they rise up and storm the gilded front, where champagne and sushi are fed to the 1 percent. Here, as with Jordan Peele in this year’s “Us,” Bong once again lets his message bubble up steadily yet subtly, ever pointed and tugging at the corner of the frame.

The culmination is as shocking, provocative and thoroughly entertaining (and resonant) as in “The Host,” which stormed the minds and hearts of critics and filmgoers the way the mutant beast did the urban landscape along the Han River. Beyond the impressive efforts of the ensemble cast, not enough can be said of the superbly composed framing by Kyung-pyo Hong (“Snowpiercer” and “Burning”), especially the wide shots of dingy urban alleyways, littered with refuse and Escher-like ascents. It’s a complete effort all around, and the kind of follow-up folks were hungry for after “The Host.” By returning to familiar themes and (untraditional) family values, Bong has again latched on to the collective mindset with a deft touch of the outré.