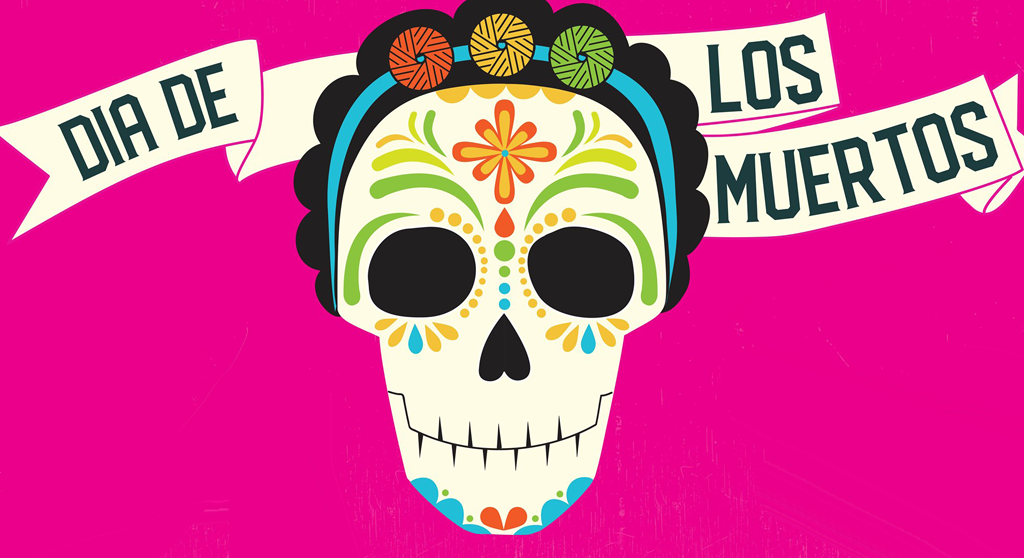 Jeanette Winterson reads from “Frankissstein: A Love Story” at 7 p.m. at First Parish Cambridge Unitarian Universalist, 3 Church St./1446 Massachusetts Ave., Harvard Square. Tickets are $28.75 (with fees, $31.18) with a copy of the book, or $6 for admission only (with fees, $7.29). This time-hopping story includes 19-year-old Mary Shelley writing “Frankenstein,” innovative sex dolls, a young transgender doctor in Brexit Britain wrestling with AI and a Phoenix, Arizona, cryogenics facility housing people who are medically and legally dead but waiting to return to life. Funny, scary and romantic, it was long-listed for The Booker Prize. Information is here.

“By the Grace of God” screening at 7 p.m. at the Harvard Film Archive at The Carpenter Center, 24 Quincy St., Harvard Square. Tickets are $12, available starting at 6:15 p.m. outside the screening room. French filmmaker François Ozon (“Swimming Pool”) will be on hand for a screening of his latest, which delves into clergy sex abuse and the effect it has on families and faith. In the “Four Films by François Ozon” series, “Under the Sand” (2001) and “Frantz” (2017) play next month. Information is here.

Queen Mab Micro-Theatre launch from 7 to 9 p.m. at the Multicultural Arts Center, 41 Second St., East Cambridge. Tickets are $10. Drama is distilled down to its essence in fully realized, professional productions of great plays performed by no more than three actors, introduced with this evening of scenes, songs, food and drink. Information is here.

“Firsts: 100 Years of Yale Younger Poets” reading from 7 to 9 p.m. at Grolier Poetry Book Shop on 6 Plympton St., Harvard Square. General admission is $10. The oldest annual literary award in the United States, which recognizes young talent in poetry, turns 100 and marks it with an anthology – and this reading by Arda Collins, Duy Doan and Jessica Fisher. Information is here.

Singer-Songwriter Night XXIV from 8:30 to 11:30 p.m. at ZuZu, 474 Massachusetts Ave., Central Square. Admission is $7 for this 21-plus show. Four local acts perform 35-minute sets, this time including Emmett Patton, Mike Morrissey, Rivers Between and Samantha Hartsel (pictured). Information is here.

Jess Rizkallah at the Boston Poetry Slam, from 7:15 p.m. to midnight at The Cantab Lounge, 738 Massachusetts Ave., Central Square. There’s a $3 cover for this 18-plus show. Rizkallah, a Lebanese-American writer and illustrator, editor-in-chief at Pizza Pi Press and author of the collection “The Magic My Body Becomes,” features after two hours of open mic starting at 8 p.m. Information is here.

GoreFest XVI from 8 to 9:15 p.m. (and repeating Thursday through Sunday and next week) at ImprovBoston, 40 Prospect St., Central Square. General admission is $25 (and ponchos are a separate $4 online or $5 at the door). A new original Halloween musical (and local tradition that plays through Oct. 31) with plenty of spurting blood. Information is here.

“All Killer No Filler Halloween Hullabaloo” from 7:30 to 11:30 p.m. (and continuing for the next six days) at Somerville Theatre, 55 Davis Square. Films are sold individually at $11 for a ticket. Guest programmer Julia Marchese kick off a festival of horror favorites with a Japanese double bill – first the kill-or-be-killed thriller “Battle Royale” (2000, making it “The Hunger Games” before there were “Hunger Games”) and “Ju-on: The Grudge” (2002). The full program running through Oct. 30 includes such classics as “Psycho” (1960), “Carrie” (1976), Tod Browning’s tale of circus sideshow revenge “Freaks” (1932) and David Cronenberg’s Stephen King take, “The Dead Zone” (1983). Also on the slate is lesser-known “Fade to Black” (1980), which delves into the mind a lonely cinephile who becomes unhinged. Information is here.

Vanitas concert from 8 to 10 p.m. at First Church in Cambridge, 11 Garden St., Harvard Square. General admission is $15 (with no one turned away for lack of funds). Vanitas (Steve Long and Brittany Karlson) is joined by Eden MacAdam-Somer (violin, voice) and Ben Katz (harpsichord) to juxtapose musical styles from the 16th century to the present and explore what units them. Information is here.

Live jazz with a silent movie from 10:15 to 11:45 p.m. at The Comedy Studio, 1 Bow Market Way, Union Square, Somerville. Free, but you can register here. Enjoy drinks from the Variety Bar while the 30 + 2 band – that’s Brett Walberg and Miguel Landestoy – accompanies a silent movie of the week. Information is here.

GoreFest XVI from 8 to 9:15 p.m. (and repeating Friday and Sunday and next week) at ImprovBoston, 40 Prospect St., Central Square. General admission is $25 (and ponchos are a separate $4 online or $5 at the door). Information is here.

“Dead Herring” Cemetery Symbolism Scavenger Hunt from 3 to 5:45 p.m. at Mount Auburn Cemetery, 580 Mount Auburn St., West Cambridge. General admissions is $12. This event gives teams of two to five people (best suited for ages 16 and up) limited time to decipher riddles, find the correct cemetery symbol, take a picture and return to the facilitator to be awarded points toward the prize of a $50 gift card to nearby Sofra Bakery & Cafe. (Learning the history and meaning of Victorian sentimental symbolism is the real prize, of course.) Information is here.

“Laugh Track” variety show from 8 to 9:30 p.m. (and repeating Saturday) at Green Street Studios, 185 Green St., Central Square. General admission is $25 (with fees, $27.24). Jessy Zizzo and Eliza Malecki bring together  dancers and comedians to contemplate the absurdities of life, from getting weird texts from your grandmother to the audacity of beating a dead horse. Information is here.

“Ingenious Transformations” Annual Family Weekend Concert from 8 to 11 p.m. Friday at the Massachusetts Institute of Technology’s Kresge Auditorium, 48 Massachusetts Ave. Free, but register here. This annual event celebrates music transformed from its original, including Copland’s “Down a Country Lane” heard for solo piano and wind ensemble; Sousa’s “The Thunderer” and Ira Hearshen’s “After the Thunderer,” an adagio take on the famed march; jazz arrangements of works from Charles Mingus, Woody Herman, Buddy Rich and others; a special folk song from Venezuela; the world premiere of “Fanfare for the Uncommon in Common” by Benjamin Park; and Robert Russell Bennett’s “Symphonic Songs for Band.” A reception follows. Information is here.

ManRay XIV Reunion from 10 p.m. to 2 a.m. at Sonia, 10 Brookline St., Central Square. Tickets are $18 for this 18-plus show, or $20 at the door. The gang gets back together (ideally in ManRay-appropriate finery) with DJ’d sets by Chris Ewen, Teresa Niedzwiecki and Xtine Santackas with the Delicious Dancers and performances by Hubba-Hubba (the store is celebrating its 40th anniversary), Isobel Valo, Complete Destruction and Michael Renken. There will be a door prize from Hubba-Hubba. Information is here.

Cirque of the Dead from 7:30 to 9:30 p.m. (repeating Saturday, Sunday and Thursday) at Oberon, 2 Arrow St., Harvard Square. Tickets are $30 to $55 to this 18-plus experience. This freaky, immersive circus show offers guests a lot to explore (and, with the nerd-nostalgia band Minusworld, to dance to). Come dressed for Halloween. Information is here.

Taza Chocolates’ Ninth Annual Dia de los Muertos Block Party from noon to 5 p.m. Saturday at Taza Chocolate, 561 Windsor St., between Inman and Union squares, Somerville. Free. Taza Chocolate shuts down the block in front of its factory for an afternoon of food and desserts for sale, most of it taco-themed (including Honeycomb Creamery choco tacos) and music from El Sistema Somerville and mariachi from the Veronica Robles Cultural Center. The organization La Piñata will lead in a traditional remembrance ceremony. Information is here.

Nightmare at Bow Market from noon to 8 p.m. at Bow Market, 1 Bow Market Way, Union Square, Somerville. Free. A day of contests, parades, scary stories, games and food and drink for sale that stands out for one reason: There’s a $1,000 cash prize for best adult costume, raised stakes that are sure to raise the quality of the game. (There’s also a dog costume contest and a kids’ costume parade.) Information is here.

Weekend matinee: “Poltergeist” from 3 to 5:30 p.m. at the Harvard Film Archive at The Carpenter Center, 24 Quincy St., Harvard Square. Tickets are $5, or free with a current Cambridge Public Library card, and available starting at 2:15 p.m. outside the screening room. The seminal 1982 horror film (best for those 15-plus) gets a Halloween-adjacent screening, reminding how it touched on primal fears of suburban alienation, the desecration of development, missing children and the media without ever losing its Spielbergian touch of lightness. Information is here.

Scrooge’s Tricks & Treats benefit for “What the Dickens” from 7:30 to 10 p.m. at The Deborah Mason School of Dance, 624 Somerville Ave., near Porter Square in Somerville. A first ticket is $50, additional tickets are $25 each. Entertainment from the “What the Dickens!” Cambridge Youth Dance cast, light fare, a silent auction, guest appearances and DJ dancing are rolled out to bring back this holiday tradition for another year (unfortunately, “What the Dickens” always plays across the river). Information is here.

GoreFest XVI from 8 to 9:15 p.m. (and repeating next week) at ImprovBoston, 40 Prospect St., Central Square. General admission is $25 (and ponchos are a separate $4 online or $5 at the door). Information is here.

Tom Meek contributed to this report.