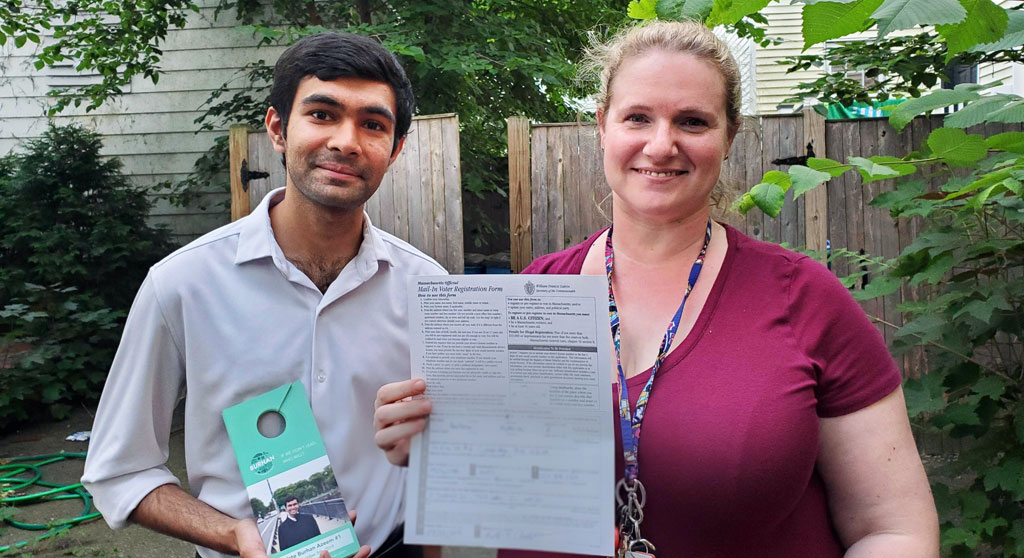 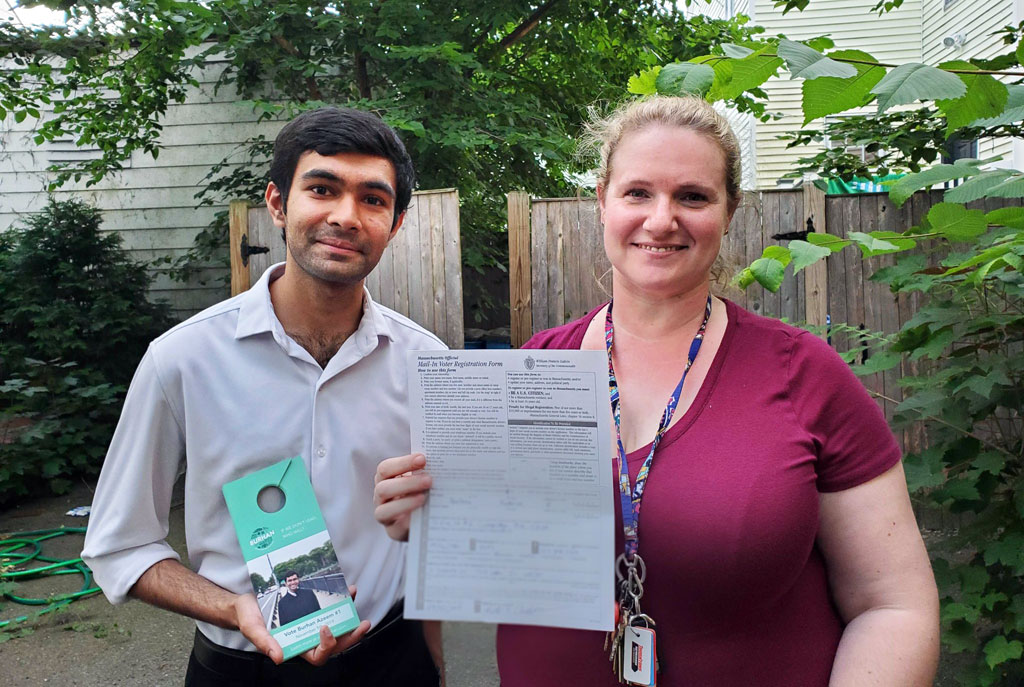 City Council candidate Burhan Azeem has encountered xenophobic comments on Facebook ads run by his campaign and at the doors of voters during canvassing sessions.

“I hate all these newcomers running for City Council. I only vote for people born in CAMBRIDGE,” read one of the comments Azeem found on one of his Facebook ads.

Volunteers working for Azeem’s campaign also reported encountering expressions of prejudice and rejection against the candidate’s origin. In one instance, a Cambridge resident said: “My parents are from Cambridge, my grandparents and great grandparents are from the U.S., what does he know coming from Pakistan?”

“We get a lot of pushback at the doors, and most recently we put some Facebook ads together to try to share my story as we get toward the election. And we found some very depressing comments,” Azeem said. “It has been shocking for some people in the campaign because it is easy to understand that there is xenophobia out there generally, and then it’s very different to have it specifically targeted at me, someone they trust and support.”

The same kind of rhetoric and resistance has been encountered by councillor Quinton Zondervan, a naturalized citizen from Suriname. On a Facebook post offering lawn signs, a resident commented just to say the only signs he posted would be for people born in Cambridge who’d been through Cambridge Public Schools. Claiming it wasn’t about immigrant status, the resident said that “all four of my grandparents were immigrants and became citizens. Let’s not make this about something it isn’t” – but did not respond, when asked, about what did underlie his opposition.

A Massachusetts Institute of Technology graduate born in Multan, Pakistan, Azeem came to the United States when he was 4, after his family won a diversity visa lottery. After launching his election bid for City Council in early May, he has shaped his political message around his family’s struggle with housing upon arrival.

His family did not have enough money to rent a place; his first home was a three-bedroom apartment shared among 11 people. “A lot of the reasons why I care about these issues are related to the particular circumstances in which I grew up. I really feel the struggles of people to afford housing – and in Cambridge that is almost everyone, because two-thirds of the city are renters,” Azeem said.

Scary for female candidates too

Creepy behavior and sexism have been reported by other City Council candidates and their teams.

Councillor Alanna Mallon recalled on a Twitter thread how, after a drunken man lunged at her back in 2017, she decided not to canvass past dark. One of her most enthusiastic volunteers also said she felt unsafe when knocking on doors, and is hesitant to go back out to get votes.

“Women make daily, if not hourly, calculations to maximize their personal safety, and canvassing places them often in difficult situations,” she wrote on Twitter.

Liana Ascolese, Mallon’s campaign manager, has also been a target.

“I’ve been invited in houses by men who get upset when I say no. I’ve had men make comments about my appearance. I’ve been catcalled by men in cars driving by. I’m careful about what I wear,” Ascolese wrote on Twitter.

Another extreme example from that online conversation came from Hélène Vincent, a candidate for Boston’s City Council: While canvassing, Vincent asked a voter if she could count with his vote, and the 77-year-old man wearing an open bathrobe and no pants replied, “Yes, if no one knocks on the door who’s more attractive.”

“All I want to do is just sit in this stairwell and give up. Of course, if I do that, nothing will change. People won’t take women or young people seriously, and it’ll be the same old story,” Vincent wrote on Twitter.

“We should be welcoming”

Mayor Marc McGovern addressed the bigotry candidate Azeem has faced during the campaign.

“Many longtime residents came to Cambridge like Burhan Azeem. They were students who fell in love with the city,” McGovern wrote on Twitter. “We should be welcoming Burhan and others, not trying to keep them out.”

As a result of harassment, Azeem said he decided Saturday to stop running Facebook ads about his origins through the Nov. 5 elections.

But he does not think the attitudes are widespread.

“The vast majority of people are very kind at their doors. Even when they are passionate, and sometimes even rude, it is for issues that make sense,” Azeem said. “It should be my work that they really care about. The best we can do is to continue running a good campaign and advocating for policies like more affordable housing and make of Cambridge a more welcoming and diverse city. We are not going to fight fire with fire.”