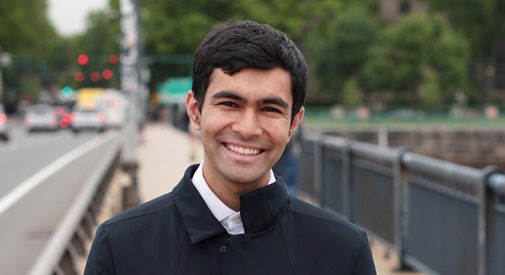 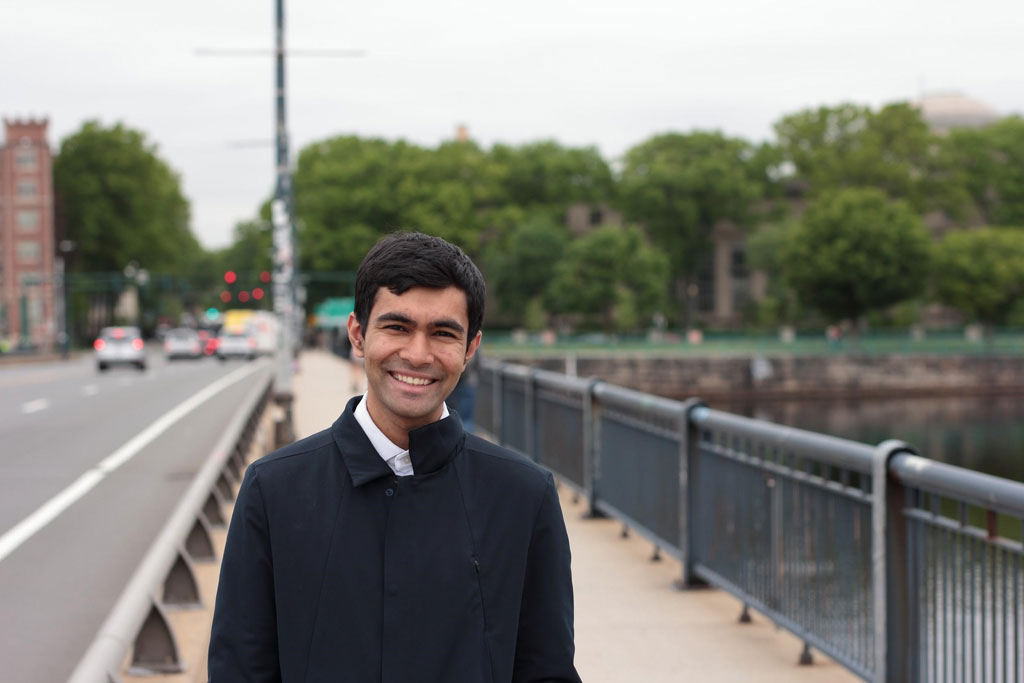 Burhan Azeem has announced a run for City Council.

After a campus kickoff in early May, a City Council campaign by Massachusetts Institute of Technology graduate and Ward 2 Democratic chair Burhan Azeem has gone public. Azeem sent out a press release Tuesday to make his candidacy official and made it clear his top motivations for running: the interconnected issues of housing, transportation and climate change.

“Housing policy is climate policy. We need to build more housing and build it greener,” he said. “We can cut our emissions by half – or more – just by where you choose to live. We should let far more people choose Cambridge,” enabled by greener, higher-capacity and more efficient forms of transportation that he would encourage the city to invest in via collaborations with the state and MBTA.

“We need to make it so easy to get around Cambridge no one feels the need to own a car,” he said. “This means ensuring that every sidewalk is well-maintained, building proper permanent bike paths and investing in public transit.”

Azeem was born in Multan, Pakistan; his family won a visa lottery and came to the United States when he was 4, with parents finding jobs at a deli and Dunkin’ Donuts that allowed them to move out of their first home in America – a friend’s place, where 11 people shared three bedrooms – though far from their last. (The family’s frequent moves gave him an understanding of housing instability, his press release says, and “due to that experience, he cares deeply about both housing supply and affordability [and] believes we must seek ‘development without displacement’ with tenant protections and restrictions to prevent speculative investment, including a real estate transfer fee and a long-term vacancy tax.”)

He said he was able to attend MIT and study the science of sustainability only with the help of financial aid, which leaves him embarrassed but grateful.

“It is because of pure luck and generosity that I am here – and I will never forget that. I have worked for my community every way I can,” he said, citing running blood drives, volunteering at a prison, serving as a campus emergency medical technician and founding the MIT Neighborhood Association last year to mobilize community members to speak at city meetings in favor of a citywide affordable housing zoning “overlay.” According to his LinkedIn, he’s co-founder of an educational social media platform called Akora and an engineer at a company called Daytoday Health, which takes health care guidance from hospitals and personalizes it for patients via software. He helps lead the city’s Democratic party, in Ward 2.

He held a May 10 campaign rally for Massachusetts Institute of Technology supporters and later that month announced his intention to have his team knock on 10,000 doors in just 45 days.

As a candidate, Azeem said he is “committed to eliminating the corrupting influence of money in our politics” and won’t accept donations from real estate developers or real estate lawyers known to do business in Cambridge.

Nomination papers only become available Monday from the city Election Commission, but the council race has so far been shaping up as simpler than in recent years. Though E. Denise Simmons and Tim Toomey have not said publicly what they plan to do, vice mayor Jan Devereux is the sole city councillor of nine to announce she will not run for reelection, and the list of challengers for the Nov. 5 elections has remained almost static since mid-May at around seven – giving the field a ways to go to before nearing the sprawling 26 candidates that ran in 2017.