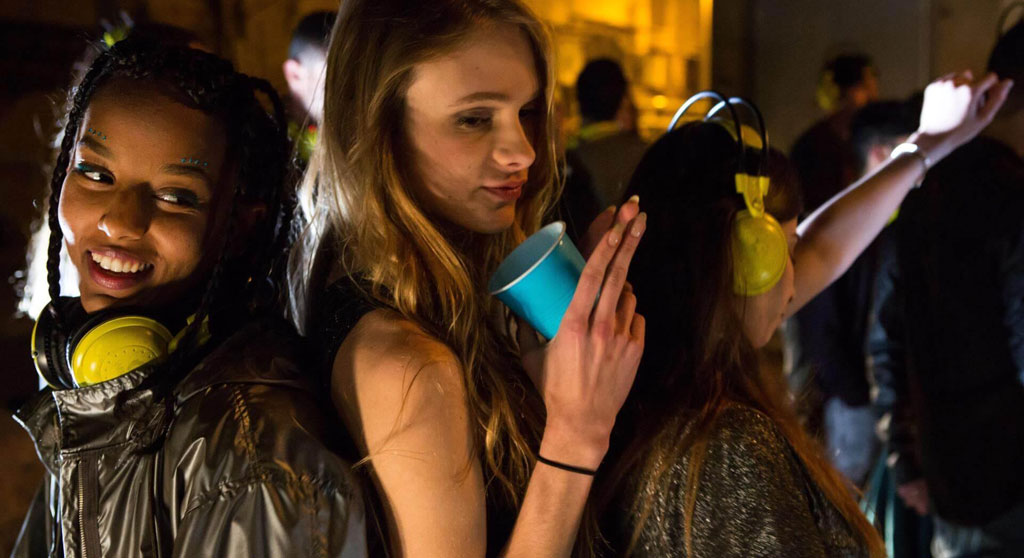 It’s a busy week at The Brattle Theatre, which hosts four entries from the Boston Jewish Film Festival including “Flawless” (Saturday), telling the tale of group of high school girls looking to sell a kidney to finance their killer prom dresses as well as a round or two of plastic surgery. On Friday night, pancakes are served – onscreen and to filmgoers of the “International Pancake Film Festival’s Sci-Fi Extravaganza!,” where intergalactic flicks about pancakes fill the bill. Part deux of the devilish double bill is Richard Fleischer’s 1973 near apocalyptic curio “Soylent Green,” starring Charlton Heston and Edward G. Robinson in a future struggle between the haves and the have-nots over food sources – where do you think “Snowpiercer” got its big ideas? The classic Heston line at the end here rivals the one he bellows on the beach at the end of “The Planet of the Apes” (1968). Early Saturday, you can catch the King of Cool (Steve McQueen) in “Bullitt” (1968), the San Fran-based cop drama that features one of the greatest car chases ever captured on film. Now that James Dean is being brought back digitally for a new film, maybe the iconic McQueen, who got a neat redux by Damian Lewis in Tarantino’s “Once Upon a Time … in Hollywood,” can pair up with “Hobbs & Shaw”?

The Brattle plays the documentary “For Sama” on Thursday, from director Waad al-Kateab about her years in Aleppo, Syria, during the conflict there and the birth of her daughter (the object of the film’s title). The film won the Golden Eye Documentary Award at Cannes. Co-directors al-Kateab and Edward Watts will attend.

Continuing with the joint program “Make My Day: The Cinematic Imagination of the Reagan Era,” the Brattle and Harvard Film Archive host screenings with film scholar J. Hoberman, the author of the recently released book of (nearly) the same title, “Make My Day: Movie Culture in the Age of Reagan.” On Monday the HFA screens Hal Ashby’s “Being There” (1979), about a simple gardener (Peter Sellers) who has undue influence over the sitting president. The man playing president – Melvyn Douglas – was a thespian peer of Ronald Reagan’s back in the day, and the film is said to have been a personal selection of The Gipper while recovering from John Hinckley’s assassination attempt. On Tuesday over at the Brattle, Hoberman will be on tap for the screening of “War Games” (1983), about an automated defense system that goes live by itself (“Would you like to play a game?”). The film’s an echo of Reagan’s Strategic Defense Initiative, the notorious satellite defense shield nicknamed “Star Wars.” Hoberman will be at each screening to introduce the films; signed copies of his book will be available as well.

The seventh annual Boston International Kids Film Festival is Nov. 15-17, including workshops and shorts and features from around the world. All the film packages and interactive craft sessions are listed with age-appropriate parameters on the website.