‘Rabbi Goes West’ on mission to Montana, filmmakers following to close out festival 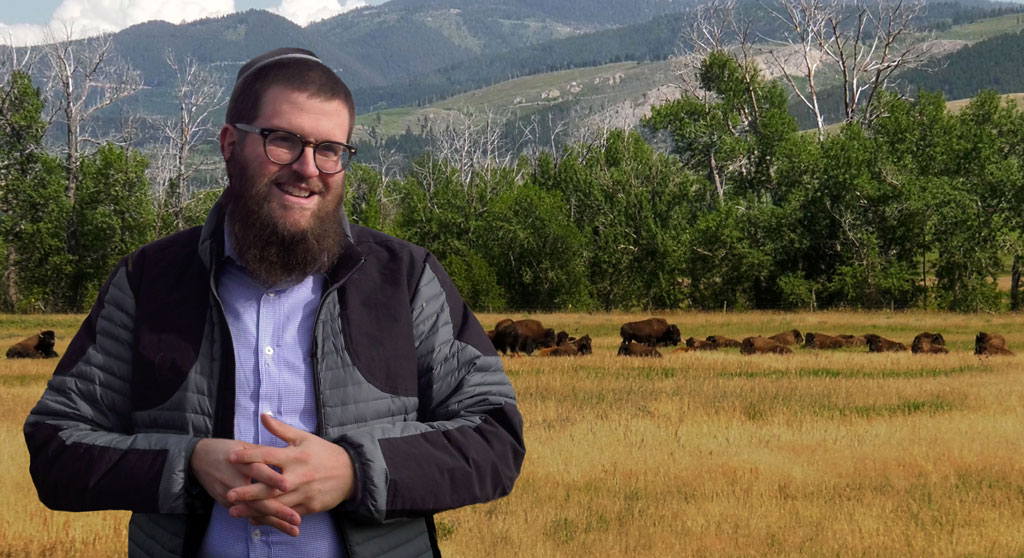 ‘Rabbi Goes West’ on mission to Montana, filmmakers following to close out festival

North Cambridge resident Gerald Peary knows a lot about film. He’s been a critic for more than 40 years and a film studies professor and curator for more than a quarter-century, and is about to premiere his third documentary feature, “The Rabbi Goes West,” Sunday night at the Somerville Theatre. The film – co-directed with Peary’s wife, Amy Geller, it follows a Chabad rabbi who moves from Brooklyn, New York, to Bozeman, Montana – closes out this year’s Boston Jewish Film Festival, playing this week and last at the Brattle Theatre and other locations.

The reason for 34-year-old Chaim Bruk’s relocation is a mission to bring his brand of Judaism to the American West by placing a mezuzah (an encased prayer offering) on the door of every Montana Jew – not a large population. Along the way Bruk encounters resistance from within the Jewish community, and more frighteningly, threats from neo-Nazis.

“I wanted to make a film which spoke to my Judaism,” Peary said. “I’m the most secular Jew, who doesn’t attend synagogue but knows who all the Jewish writers, athletes, et cetera, are. I asked myself, ‘What do I like about Judaism?’ I like mezuzahs – the scrolls put up on Jewish doorposts including inside a verse from Deuteronomy. Having a mezuzah on your door tells the world you’re Jewish, and it’s a big ‘fuck you’ to Hitler, Nazis and Neo-Nazis. ‘Jews are here!’” 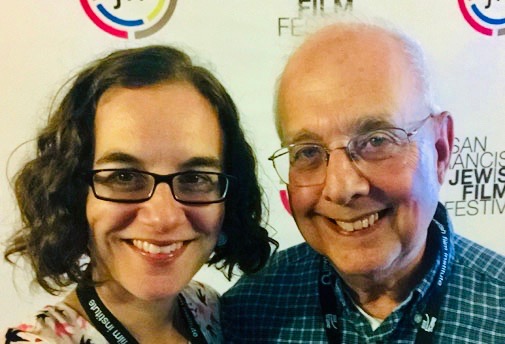 “Anyway, I read on the Internet about a Hasidic rabbi who has a pledge to put a mezuzah on the door of very Jew in the state of Montana – that’s 2,000 Jews in a state 14 times larger than Israel. I called up Rabbi Chaim Bruk in Bozeman, Montana, and he invited Amy out to film him putting up mezuzahs. The rest is our movie,” Peary said.

Geller co-directed “The Guys Next Door” (2016), a documentary about a gay male couple raising daughters, and Peary said he was delighted to work with a partner who is a “brilliant, talented producer first, and second, knows documentaries inside and out.”

“She was also incredibly demanding about our film,” Peary said, “never letting go of any facet of the movie until she felt it was perfect.“ During production, Peary said most nights they would discuss and argue about the film over dinner and while going to bed. “That was all exhausting,” he said, “but if the movie is really good, it’s because of the intensity of our collaboration.”

Over the years, Peary has penned for several alt-weeklies in the area (“Real Paper” and “Boston Phoenix” – both sadly defunct), taught film studies at Suffolk University and continues to run the Cinemathèque program at Boston University and contribute to The Arts Fuse. His first film, “For the Love of Movies: The Story of American Film Criticism” (2009), which Geller co-produced, served as something of a bittersweet elegy for iconic film critics Roger Ebert and Andrew Sarris (both died in the short years following) and poetically pondered the fate and value of film criticism. In 2015, his “Archie’s Betty” explored the roots of the comic book town of Riverdale in Haverhill, where Archie creator Bob Montana had attended high school.

Peary doesn’t think making movies affects what he writes when easing back into the critic’s chair – something Ebert also did, having famously penned Russ Meyers’ bit of 1970s kink, “Beyond the Valley of the Dolls.”

“Everyone making movies has endless hardship stories, especially about the financing part in a country which doesn’t support the arts in any way. But it’s ultimately what’s on screen that counts, and only what counts,” Peary said. “I’ve always been a tough critic with high demands for cinema, and I remain that way.”