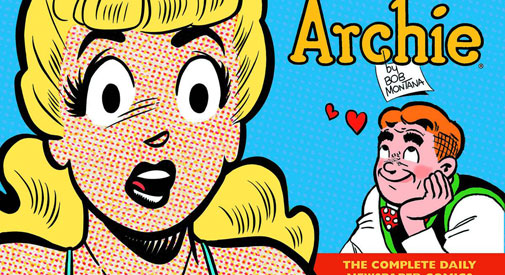 Perhaps you think you know Archie, but even if you’re a passionate fan of the comic-book kid who became a national sensation in the ’50s and ’60s, you might not know the true roots of the fictional town of Riverdale and its high school, where Archie Andrews and his lot cooled their heels. There was real flesh and blood behind the goofball redhead, his offbeat buddy Jughead (the original slacker), the reluctant object of desire Veronica, her good girl offset, Betty – shyly harboring a thing for Archie – and the knucklehead nemesis Reggie. The identity of the town of Riverdale, the actual school façade and the personalities that inspired the teens are unearthed in “Archie’s Betty,” the new documentary film from Cambridge filmmaker, film scholar and critic Gerald Peary. 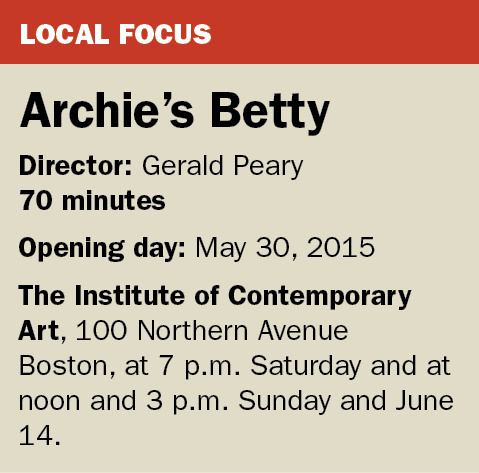 The film marks Peary’s second feature documentary. His first foray, “For the Love of Movies: The Story of American Film Criticism,” took nearly nine years to make; “Archie’s Betty” took less than half that, and both were crafted on a shoestring budget, of which Peary sighs, “That’s almost 14 years of filmmaking without a salary.”

Peary grew up the son of Jewish immigrants in rural West Virginia and felt largely disassociated from the community, but took solace in the discovery of Archie and his posse. In 1988, inspired by a printed letter that hinted that Archie had roots in Massachusetts, Peary was commissioned by The Boston Globe and traced the roots of Riverdale to Haverhill, where Archie creator Bob Montana had attended high school (he died in 1975). The new ripple in Peary’s docu, which gets its New England premiere Saturday at the Institute of Contemporary Art, is placing a face on the personas behind each member of the Riverdale gang – especially Betty.

The germination or source for Archie has long been attributed to the affable Mickey Rooney in the “Andy Hardy” films, and while that remains true, Peary digs deeper, getting at the zeitgeist of the time (’40s and ’50s) and the man behind the freckle-faced teen most concerned with milkshakes and first dates, but not without the familial and teen anxieties that pervade today.

Peary’s film is a journey on three levels: It serves as a backdrop for his own history; there is the history Archie spans – several wars, a few recessions, rock ’n’ roll and rap; and the roots of Archie, Riverdale and of course, Betty.

Peary, a lifelong Archie fan and professed Betty “guy,” is most influenced by John Ford and Alfred Hitchcock and the narrative films churned out by those who’ve studied at MIT and Harvard. Since moving to the other side of the camera, Peary has not relented in his standards for craftsmanship, but is also more appreciative of the process. “Filmmaking is more painful and horrible than aesthetically satisfying and takes zillions of hours of work. But as a critic I am as tough and unforgiving as I have ever been. We don’t need more films, only good films. The hardships of filmmaking are a given. What counts only is what is on the screen.”

On the state of filmmaking and the nurturing crucible for it in Boston, and the looming tax credit cut by Gov. Charlie Baker, he offers a local take. “I am more in favor of film production tax credit cuts if the independent scene was the first priority – made-in-Massachusetts movies, not floating-in-Hollywood cinema. I spent $30,000 last year on paying my crew, etc., and I have no tax credit. I also wish our great film festivals like the IFFB were subsidized.I care more about them than if Clint Eastwood is going to film in Massachusetts,” he said.

As far as what’s next for Peary, “I’ve been bitten by filmmaking, horrible as it is. I have several ideas germinating for another film: a doc paying tribute to legendary projectionists, a feature comedy about a guy hopping between twin sisters.”