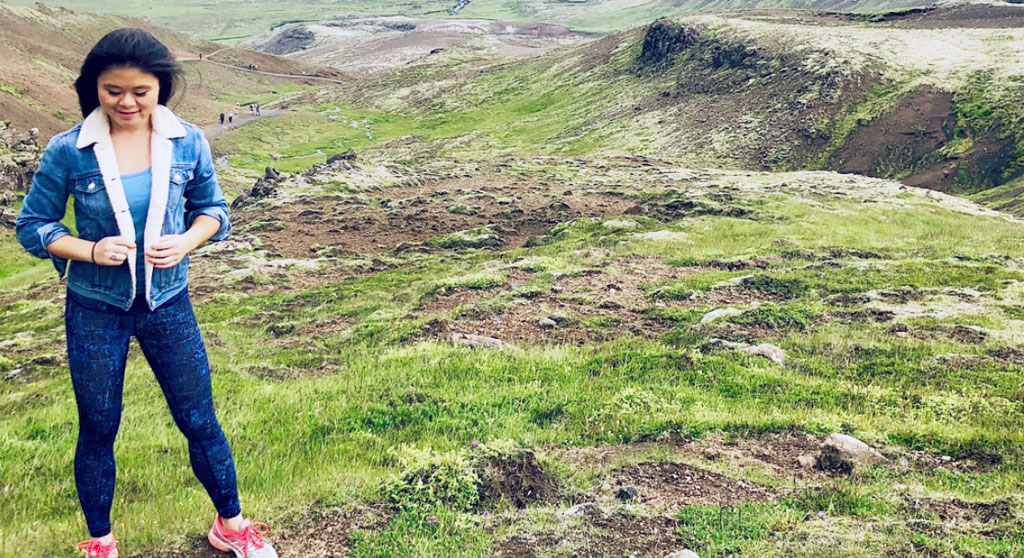 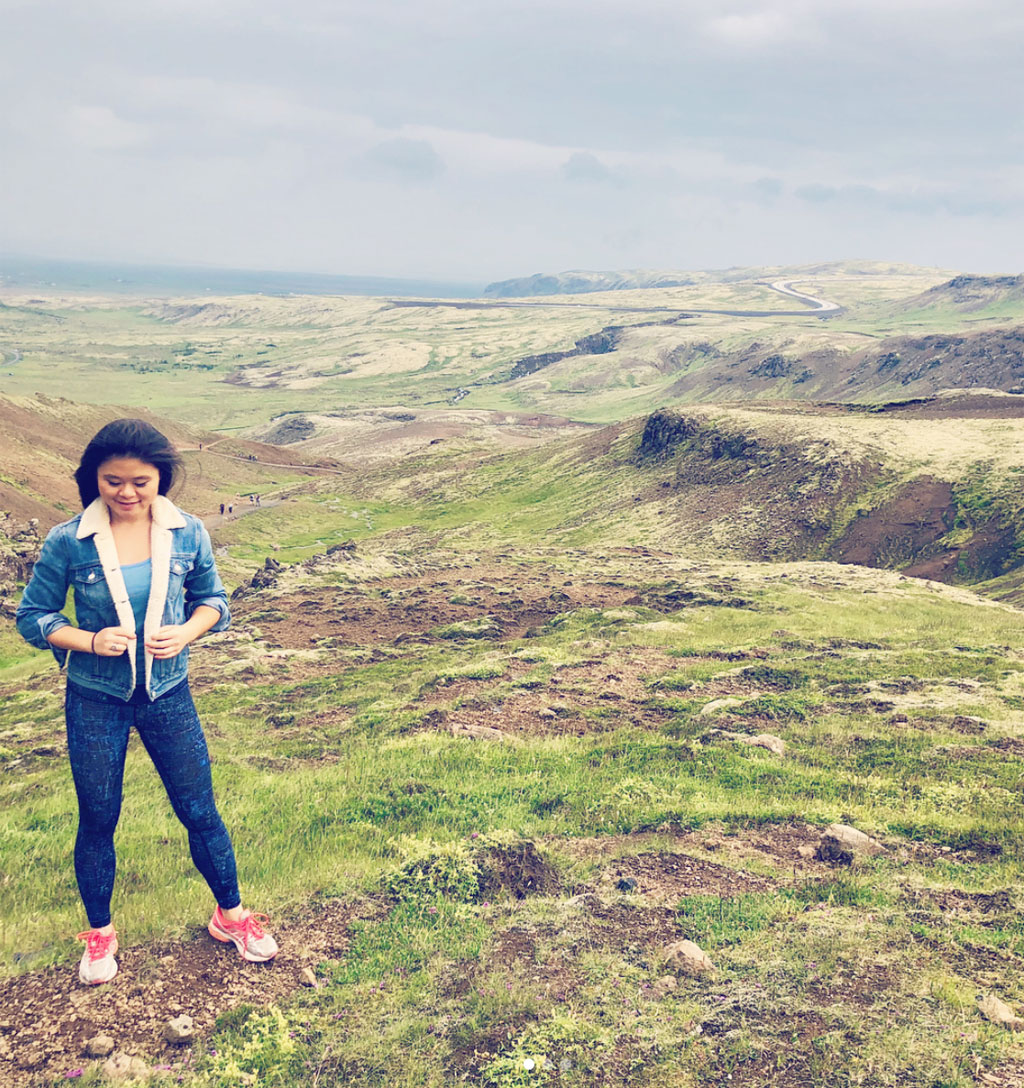 One of the final images in the Instagram account of Jie Zhao is from an August 2018 trip to Iceland.

The driver of a dump truck that struck and killed a 27-year-old woman in Cambridgeport last year testified Wednesday that he braked after hearing another truck driver’s shouts of “Stop! Stop!” but the weight, momentum and air brakes of his truck increased the time to bring the vehicle to a halt.

Daniel Desroche, who is charged with vehicular homicide by means of negligent driving, was backing up on Putnam Avenue through the intersection with Magazine Street when he hit Jie Zhao, then went forward and struck her again. Desroche said he had heard honks from other drivers and “rolled forward” because he was in the middle of the intersection and “I didn’t know if the light had changed” and feared he was in the way.

The other drivers told police they sounded their horns in an effort to get Desroche to stop when they saw Zhao crossing Putnam Avenue behind the reversing truck.

After Desroche finally stopped the truck next to the Cambridgeport Baptist Church on Putnam Avenue, he got out of the vehicle and saw Zhao lying in the road. He testified that he exclaimed “Holy mackerel” and was “jumping up and down”; two other witnesses testified he cursed, presumably in horror.

Wednesday was the third day of trial in a small courtroom in Cambridge District Court in Medford. There are just two rows of seats for onlookers. Zhao’s mother, stepfather, other relatives and friends sat on one side; Desroche’s wife, adult sons and other family members sat on the other.

Zhao emigrated to the United States at 14 to live with her mother in Waukesha, Wisconsin. She learned English and went on to graduate from the Massachusetts Institute of Technology. She had recently bought a condo on Chestnut Street and celebrated her 27th birthday when she died. Desroche, 54, of Methuen, started working at 16 in construction and later established his own trucking business, he testified. He has driven a truck for 27 years, he said.

It was a day of restrained emotion. One of Zhao’s friends left the courtroom in silent tears while a witness described seeing the young woman’s body under the rear wheels of the truck. Zhao’s boyfriend barely maintained his composure while testifying that he and Zhao had planned to meet at Flour Bakery on Massachusetts Avenue the night she was killed, on Oct. 5, 2018.

What happened that day

According to testimony, Desroche and another driver, Patrick Annese, left the Brox Industries yard in Dracut in the late afternoon with their trucks loaded with asphalt. They were bringing the material to the Pearl Street repaving job in Cambridgeport.

It was the second trip to Cambridge that day for Annese, who is employed by Brox, and Desroche, who owns his family trucking business. Annese was following Desroche because “I was not familiar with the area,” Annese testified.

On their first trip, the trucks drove down Putnam Avenue to Pearl Street, where the asphalt was unloaded. The second time, the repaving area had moved farther down Pearl toward the river, and Desroche saw cones blocking Pearl Street at Putnam as he crossed Magazine Street, he said.

Seeing that he could not go down Pearl Street, he decided immediately to reverse his truck so he could turn right and go down Magazine Street and connect to the paving job from that end, he testified. Asked by his attorney, Ronald Ranta, whether the “only method” to get to the job “would be to reverse,” Desroche answered, “Yes.”

“You just ran her over”

Communicating by CB radio, Desroche asked Annese to “watch my back” while he backed through the intersection, Annese said. Desroche testified that there was “zero” vision behind a dump truck, and that was why he asked Annese to watch. His dump truck was equipped with a camera designed to let a driver see behind the vehicle – but the camera was not working, it was revealed Monday. Trucks are not required to have the cameras.

“I looked off to the left, then to the right,” Annese said. When he saw Zhao, who was crossing from his right at the church, “I said, ‘Stop, stop,’” Annese said. “She was still coming along the back of the truck” when he warned Desroche to stop, he said.

When the truck hit Zhao, “I put my head down,” Annese said. “I said, ‘You just ran her over.’” At that point Desroche rolled forward and struck Zhao again, according to testimony.

Under cross-examination by Desroche’s lawyer, Ranta, Annese agreed that by the time he yelled at Desroche to stop the truck, he “recognized that [Zhao] was already in harm’s way.” Annese said it took some time for the vehicle to stop; he said he did not hear other drivers honking their horns.

“I think of it all the time,” Annese said.