A week of events in Cambridge, Somerville: Baroque Christmas, Chanukah on Ice, more 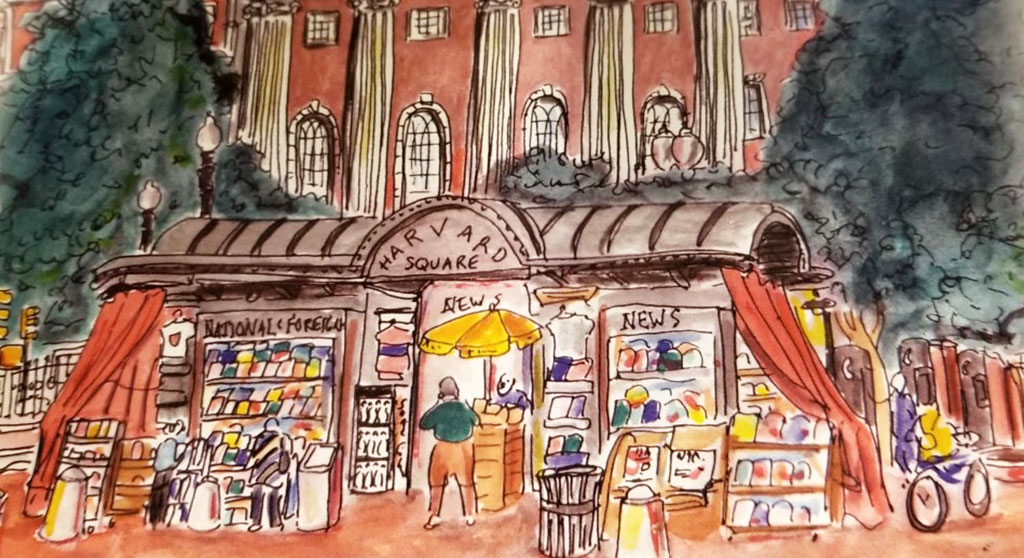 A week of events in Cambridge, Somerville: Baroque Christmas, Chanukah on Ice, more

Massmouth Story Slam “Under Wraps” from 7 to 10 p.m. at Club Passim, 47 Palmer St., Harvard Square. Tickets are $12. Five-minute, true short stories – this time on the theme of secrecy, or possibly decorative paper – from 10 names drawn at random from a box, with five volunteer judges looking at how well each story is told, how well it is constructed, how well the story explores the theme and how well it honors the time limit. Information is here.

Cambridge Rindge and Latin School’s World Jazz Ensemble from 7:30 to 9 p.m. at the Multicultural Arts Center, 41 Second St., East Cambridge. Tickets are $10 (with fees, $12.24). This fundraiser gets the ensemble closer to attending the 2020 Panama Jazz Festival. Information is here.

Cam Awkward-Rich and Franny Choi feature at the Boston Poetry Slam, from 8 p.m. to midnight at The Cantab Lounge, 738 Massachusetts Ave., Central Square. There’s a $3 cover for this 18-plus show. Awkward-Rich, of Northampton, saw his first collection, “Sympathetic Little Monster,” published by Ricochet Editions in 2016, and his “Dispatch” is due from Persea Books this month; Michigan’s Choi (a “pottymouth, GryffinClaw and general overachiever” in addition to poet) is the author of “Floating, Brilliant, Gone” from Write Bloody Publishing in 2014 and “Soft Science” from Alice James Books this year. She’s senior news editor for Hyphen Magazine and hosts the Poetry Foundation podcast “VS,” and her work has been in Ms. Magazine, on PBSNewsHour and elsewhere. Their double-bill comes after an hour of open mic starting at 8 p.m. Information is here.

Zimbabwean poet Togara Muzanenhamo reads from 7 to 8 p.m. at the Cambridge Main Library, 449 Broadway, Mid-Cambridge. Free. Muzanenhamo will run through works from “Spirit Brides” (2006), “Gumiguru” (2014) and a collaboration with John Eppel, “Textures” (2014), in an event co-hosted by the library and New England Poetry Club. Information is here.

“A Christmas Story” screening from 7 to 8:30 p.m. at the Somerville Public Library, 79 Highland Ave., in the Winter Hill neighborhood. Free. Enjoy the holiday tradition among fellow fans, with hot cocoa and other treats. Information is here.

“The Slutcracker” from 8 to 10:30 p.m. (and repeating Friday, Saturday and Sunday and five more times through Dec. 31) at the Somerville Theatre, 55 Davis Square. General admission is $30. This burlesque event retelling Tchaikovsky’s holiday classic with a sex-positive (to put it mildly) message has been selling out shows since 2008. Information is here.

“Christmas in Baroque Germany” from 7:30 to 9:30 p.m. (and repeating Saturday) at First Church in Cambridge, 11 Garden St., Harvard Square. General admission is $35. The Blue Heron vocal ensemble presents music by Michael Praetorius, Samuel Scheidt, Johann Hermann Schein, Giovanni Gabrieli and other early 17th-century masters for ensembles ranging in size from four singers (and Dark Horse Consort musicians) up to the entire cast of 23. Information is here.

“The Slutcracker” from 8 to 10:30 p.m. (and repeating Saturday and Sunday and five more times through Dec. 31) at the Somerville Theatre, 55 Davis Square. General admission is $30. Information is here.

“Thumbelina: A Little Musical” from 11 a.m. to noon (and repeating Sunday and nine more times) at the Loeb Mainstage, 64 Brattle St., Harvard Square. Tickets are $20 for adults, $15 for kids. It’ll be interesting to see an update to this Hans Christian Andersen fairy tale about a tiny girl whom everyone keeps trying to marry, or marry off, until she meets a prince who’s just her size … and they get married. This new musical adaptation by Julia Riew, however, is described as being about “a girl who forges her path, embraces her differences and finds her place.” It’s directed by Emma Watt. Information is here.

Kendall Square Holiday on Ice from 11 a.m. to 6 p.m. at Community Ice Skating at Kendall Square, 300 Athenaeum St. Free. Community Ice Skating launches its season with a day of free admission (skate rentals are at their regular rates) and a 2 p.m. skating performance featuring original numbers, local and international competitors and world-class professional skaters, who traditionally stick around to skate with fans afterward. Information is here.

Sage Stossel signs her Out of Town News print from 1 to 3 p.m. at The Harvard Coop, 1400 Massachusetts Ave., Harvard Square. Free. With The Out of Town Newsstand gone and changes coming to the iconic Harvard Square kiosk and the surrounding plaza, grab a colorful reminder of its run by Stossel, a contributing editor for The Atlantic and occasional cartoonist for The Boston Globe, The Washington Post, The New York Times Week in Review, among others.  Information is here.

Bethany Van Delft comedy album release show from 8 to 10 p.m. in Davis Square. General admission is $25 for this 21-plus show. Van Delft celebrates the release of her debut comedy album “I’m Not A Llama” with some hand-picked favorite fellow comics. The location will be announced to ticket-buyers. Information is here.

“The Slutcracker” from 8 to 10:30 p.m. (and repeating Sunday and five more times through Dec. 31) at the Somerville Theatre, 55 Davis Square. General admission is $30. Information is here.

Fifth Annual Chanukah on Ice from 11 a.m. to 1 p.m. at Veterans Memorial Rink, 570 Somerville Ave., Spring Hill, Somerville. Admission is $20 per family (skate rental not included). There’s doughnut decorating and hot latkes, holiday crafts and other treats and, of course, ice skating at an event sponsored by the Cambridge Preschool of the Arts. Information is here.

Holiday Buzz Market from 11 a.m. to 5 p.m. at Once Lounge + Ballroom, 156 Highland Ave., Somerville. Free to enter. There are too many local holiday shopping opportunities to list, but this one has a full bar and tacos in addition to nearly 50 vendors of vintage, handmade and fine art items (including the fashion of Cosmic Unicornz, pictured). Information is here.

“The Slutcracker” from 8 to 10:30 p.m. (and repeating five more times through Dec. 31) at the Somerville Theatre, 55 Davis Square. General admission is $30. Information is here.