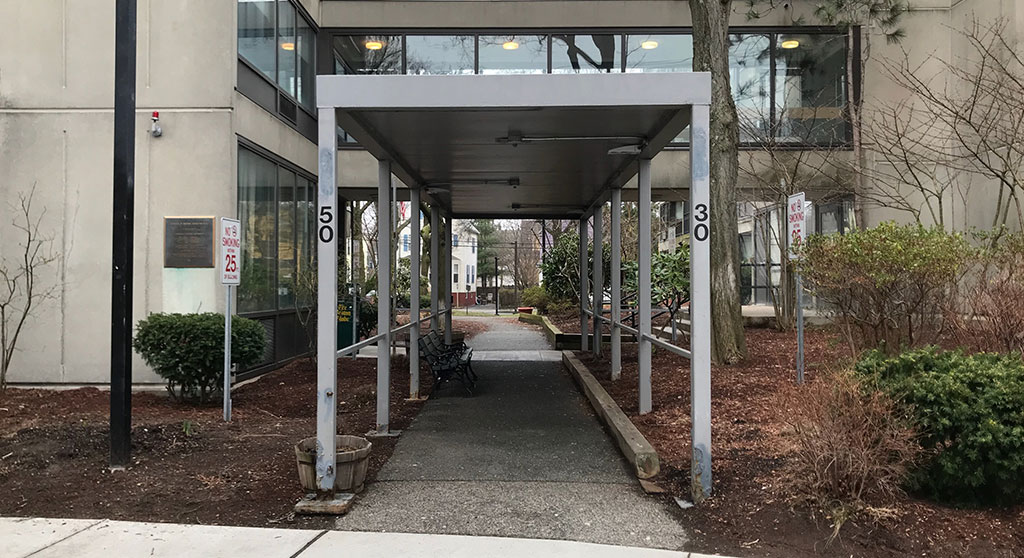 Community Development has other potential affordability changes
By Sue Reinert 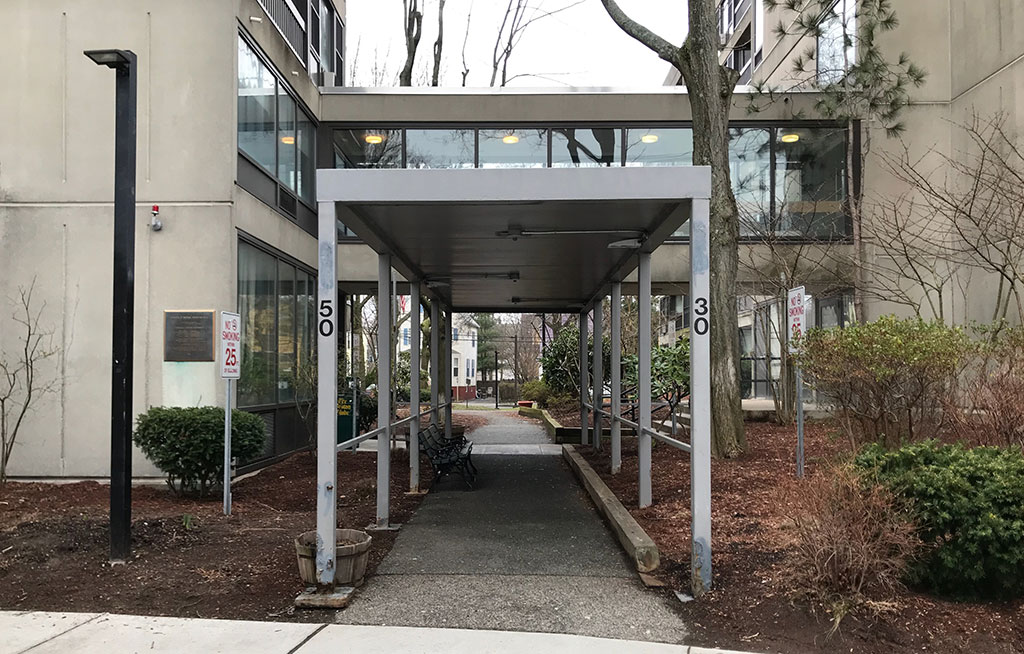 Vacancies at the Daniel F. Burns Apartments in North Cambridge, as well as Roosevelt Towers in East Cambridge, will have a 70-30 split for people with local ties, instead of 100 percent. the Cambridge Housing Authority says. (Photo: Marc Levy)

A longstanding policy that gives priority for public housing to people who live or work in Cambridge will no longer apply to all vacancies at two developments, a small but significant crack in what is known as “local preference.” The Cambridge Housing Authority adopted the change last month reluctantly, under pressure from the state.

In another potential change in who gets first dibs on affordable housing, the Community Development Department has proposed to give emergency applicants priority over housed families for family-sized inclusionary housing units, and make other revisions. The department is rewriting the proposal after councillors gave it a lukewarm reception last summer.

The public housing policy means that when the Housing Authority fills vacancies at two developments – Burns Apartments in North Cambridge and Roosevelt Towers low-rise in East Cambridge – local preference applicants will get first priority for 70 percent of the empty units; the remaining 30 percent will be chosen first-come, first-served by date of application. Burns houses elderly and younger disabled residents; Roosevelt Towers is a family development. The same 70-30 local preference numbers apply to applicants for a small number of the type of Section 8 rent assistance vouchers that are tied to an apartment, CHA executive director Mike Johnston said.

The 70-30 split aligns with Massachusetts Department of Housing and Community Development guidelines for affordable housing supported financially by the state. The state agency adopted the policy to prevent racial discrimination in subsidized housing. Evidence in lawsuits has shown that some overwhelmingly white communities used local preference to keep nonwhite applicants out.

The Housing Authority’s huge construction program upgrading many of its developments depends heavily on money from selling low-income housing tax credits to private investors. And the state allocates those tax credits to affordable housing developers.

The clash between Cambridge’s 100 percent local preference and the state’s 70-30 standard had caused unpublicized tension. “In past deals [involving tax credits] it has come up in discussion and we have either pushed back or it was not something that DHCD pushed on,” Johnston said.

But in the case of Daniel F. Burns and Roosevelt Towers, both upcoming improvement projects, “DHCD and MassHousing pretty much dug their heels in,” he said. The city authority acquiesced. “At this point, my need to get the deals closed is more my priority,” Johnston said. With few vacancies in public housing, it’s not likely to affect many applicants, he said, and local residents or employees may still get one of the 30 percent units based on when they applied.

A spokeswoman for the state agency did not respond when asked about Johnston’s description of the negotiations around the city’s preference policy. City authority commissioner Susan Connelly, director of community assistance and strategic partnerships for the Massachusetts Housing Partnership, several times raised the issue at CHA meetings, saying the 100 percent local preference violates state rules and the issue was a matter of housing discrimination.

Asked to respond, Johnston said the 70-30 split “is a guideline, not a rule” and the 100 percent local preference policy does not violate any laws or regulations. He said the local authority “is diverse” and its use of preference “has no disparate impact based on race. The percentage of racial minorities living in CHA housing exceeds by far the percentage of minorities that live generally in the city of Cambridge.”

As for inclusionary housing, financed by developers of multifamily market rate housing required to set aside a certain percentage of affordable housing units: Community Development uses a complicated point system that gives top priority to residents; of residents, those with children get priority over emergency applicants without children. The priority for families with children doesn’t apply to studios and one-bedroom apartments. And families with children under 6 get priority over applicants with older children.

The proposal presented to the council’s housing committee last June would give emergency applicants priority over families who have a stable place to live. The current policy gives “too significant an advantage to applicants with children,” the department presentation said.

The proposal made several other changes, including tightening up the criteria for an emergency and making it easier for families with older children to get priority. The department didn’t provide any racial breakdown of inclusionary housing occupants. Previously a spokeswoman said inclusionary housing residents were asked about their race, but answering was optional.

Several city councillors had reservations about the changes, particularly eliminating overcrowding as a qualification for having an emergency, and giving an emergency applicant only one chance to accept a unit.

Some councillors wanted to broaden the definition of local resident so that a family “displaced” from the city could qualify for the preference even if they had not applied for inclusionary housing while they lived here. Currently an applicant is considered a local resident if he or she applied while living in Cambridge; they will continue to get the preference after leaving, as long as that application hasn’t been closed.

At the end of a Housing Committee hearing in June, community development officials said they would return with a modified proposal. City spokesman Lee Gianetti said the department expects to present a new plan “this winter.”

This post was updated Jan. 15, 2020, to clarify the project-based vouchers where a 70-30 local preference split applies.