Public housing remake costs soar by $39M, but Housing Authority says it can handle it 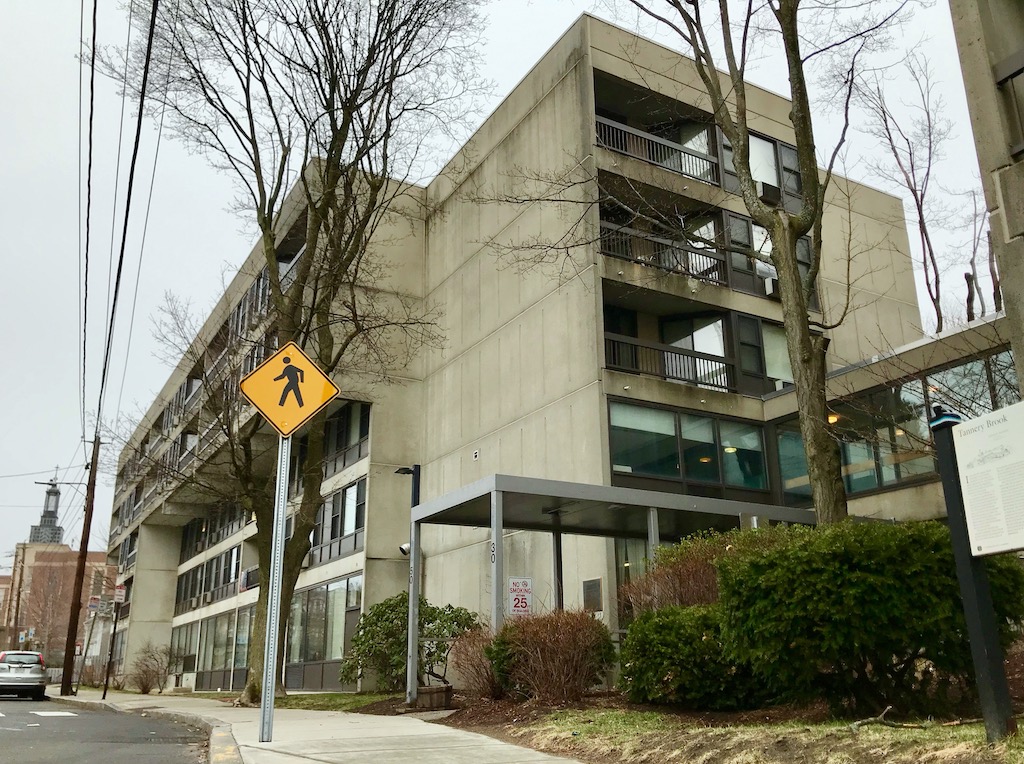 Public housing remake costs soar by $39M, but Housing Authority says it can handle it

The estimated cost of renovating a low-income public housing development in North Cambridge has swelled to $54 million from $15 million almost four years ago. Much of the increase stems from discovering that the complex, the Burns Apartments, needs more work than originally thought. Rising construction prices also played a substantial role, the Cambridge Housing Authority’s chief planner said last week.

The Daniel F. Burns Apartments, on Churchill Avenue near the Arlington town line, was built in 1973 and last substantially renovated in 2005. It has 198 apartments for people over 60 and for younger tenants with disabilities.

The housing authority is in the midst of a citywide modernization effort intended to preserve the city’s stock of increasingly rare low-income housing units. As part of that program, architects estimated in 2015 that it would cost $15 million to rehabilitate the development. Last Wednesday commissioners at the agency approved increases in architect fees based on a price of $54 million.

In answer to questions, its planning and development director Margaret Moran explained how and why that happened: It turns out that the August 2015 estimate of $15 million was itself dated – based on a needs assessment made in 2006, Moran said. In 2015, the agency was getting ready to plan the second phase of its modernization and merely inflated the 2006 figure to 2015 dollars, producing the new number, she said. Architects then began to examine the actual “existing condition” of Burns, Moran said.

By the fall of 2016 they came up with an estimate of $40.8 million. Major changes included enclosing balconies, putting cladding on the outside of Burns’ two buildings, replacing all bathrooms instead of half, replacing all plumbing and the hot water equipment, bringing electric systems up to modern code, installing central air conditioning and a new HVAC system that met code and making 10 apartments accessible to tenants with with disabilities, including upgrading the two existing accessible units, Moran said.

The increased price tag meant the agency could not finance the project under the federal Rental Assistance Demonstration program, the source of money for most of the citywide construction. The agency applied to put Burns and several other developments into the Department of Housing and Urban Development’s “disposition” program, which would let the authority tap into more private funds than RAD did.

Both RAD and disposition require the agency to transfer its public housing to private investors – on paper – to get loans and tax credits that can finance construction. Tenants stay in their developments, most at the same rent. Residents have Section 8 rent assistance vouchers tied to their apartments; the federal government subsidizes the rent charged for the units. The disposition program allows higher rents than RAD; the increased income from vouchers will support higher private loans.

The agency didn’t immediately go ahead with the project. It ran into roadblocks implementing the second phase of its citywide rehabilitation program. It needed millions of dollars in state-authorized tax-exempt bonds to get federal tax credits that the agency could then sell to investors. Those federal tax credits were the bedrock of the construction financing program for the agency and other low-income housing developers in Massachusetts, and the state didn’t have enough bonding capacity to support all those projects.

In August 2017 the U.S. Department of Housing and Urban Development authorized disposition for Burns, but the housing authority still had to wait for the state bonds it needed, Moran said. That came in February, she said.

“While the scope of the needed work hasn’t changed since late 2016, construction pricing has,” Moran said, and that resulted in the cost rising from $40.8 million to $54 million.

The delay also benefited the agency to some extent. Section 8 maximum rent levels are higher now than they were in late 2016, which will bring in $2.5 million more than was forecast, Moran said.

And Burns also will qualify for more tax credits because of its location in what the federal government defines as a “difficult to develop” area. The project could have lost that designation when the federal government changed the eligible census tracts this year, but managed to keep the benefit with a complicated timing strategy for applying for the state bonds. The designation will allow the agency to get about $9 million more in tax credits, Moran said.

All in all, the agency will be able to cover the increased cost, she said. That figure could change, though. In February, staff put the price at $52 million in a memo to commissioners, $2 million less than the estimate a month later.