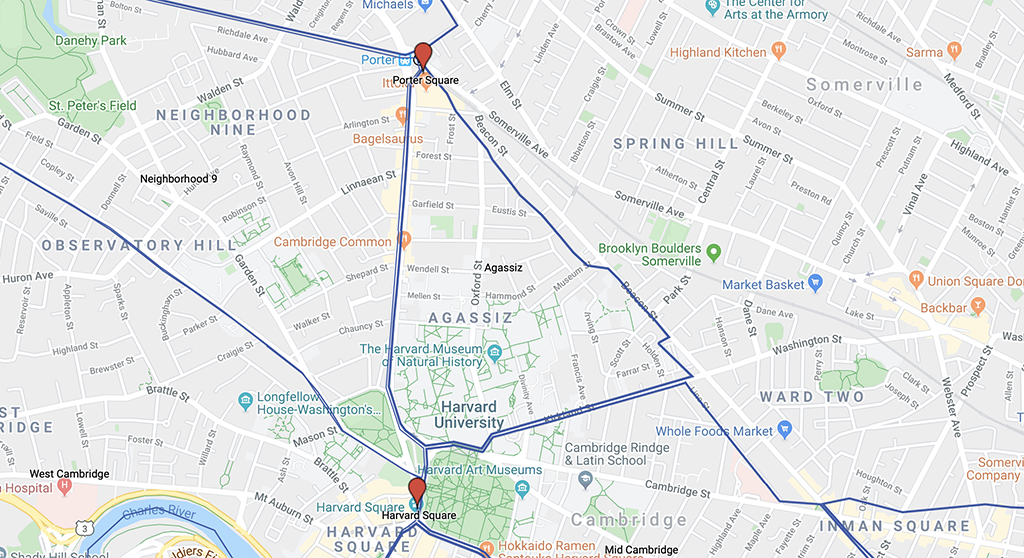 Creating a “Baldwin neighborhood” to replace the Agassiz neighborhood is the easiest name change Cambridge is likely to see as it looks to rid the community of honors to slavers, racists and other unsavory characters.

“Agassiz” deserves to be out as an identifier because namesake Louis Agassiz, the naturalist who founded Harvard’s Museum of Comparative Zoology in the 1800s, was also an evangelist for theories that were thoughtless and hateful – a “polygenism” that is related to eugenics and creationism in an era he could have embraced Darwin’s theory of evolution, as Tom Meek has explained in Cambridge Day. Maria Baldwin, on the other hand, was a woman of color at the top of her field (education) not long after Agassiz died, which is why her name already has replaced Agassiz’s on the neighborhood’s elementary school.

That step was taken 18 years ago, and it just makes sense to repeat and amplify it to cover the full area of 6,000 people between Porter and Harvard squares, Massachusetts Avenue and the Somerville border.

Unlike changing the name of a street or institution, “the Agassiz neighborhood” probably doesn’t appear on a lot of address stickers or other printed materials; few if any people will have to reprint or reenter information to get mail or visitors to them without confusion. “The Agassiz neighborhood” is not an identity or a destination like Kendall Square, Beacon Hill or the Mission District.

And the name makes pleasant and satisfying sense – better even than our most recent neighborhood name change of “Area IV” to “The Port” to define a landlocked spot just above another quarter connected with the river to justify its basically identical name (“Cambridgeport”).

There’s no reason the proposal, led by Cambridge Rindge and Latin School senior (and neighborhood resident) Maya Counter, shouldn’t move speedily through a process to a consensus and City Council action. Cambridge can largely forget about Louis Agassiz, whose ideas were offensive and dumb – a bad match for a city that presumes to be about science, smarts, equality and social justice.