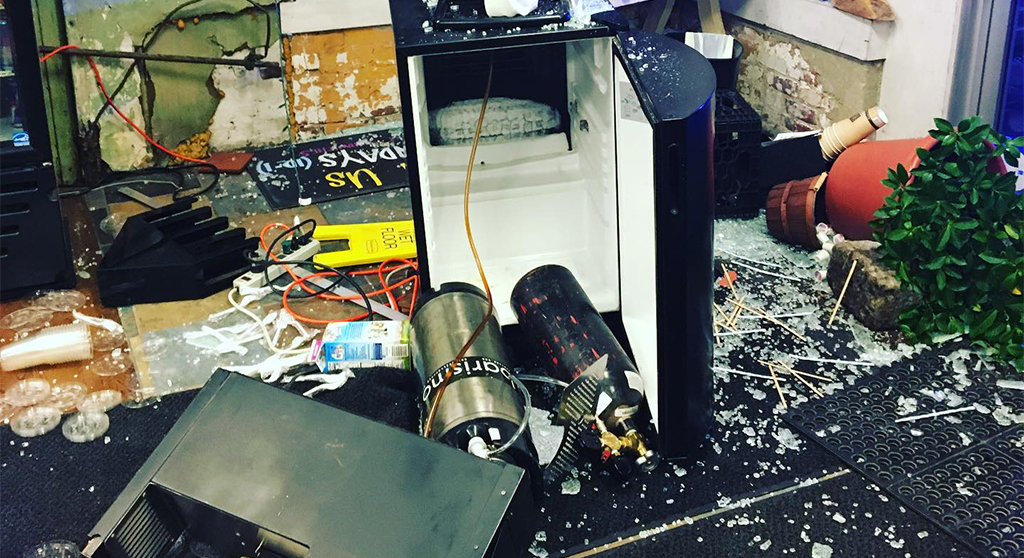 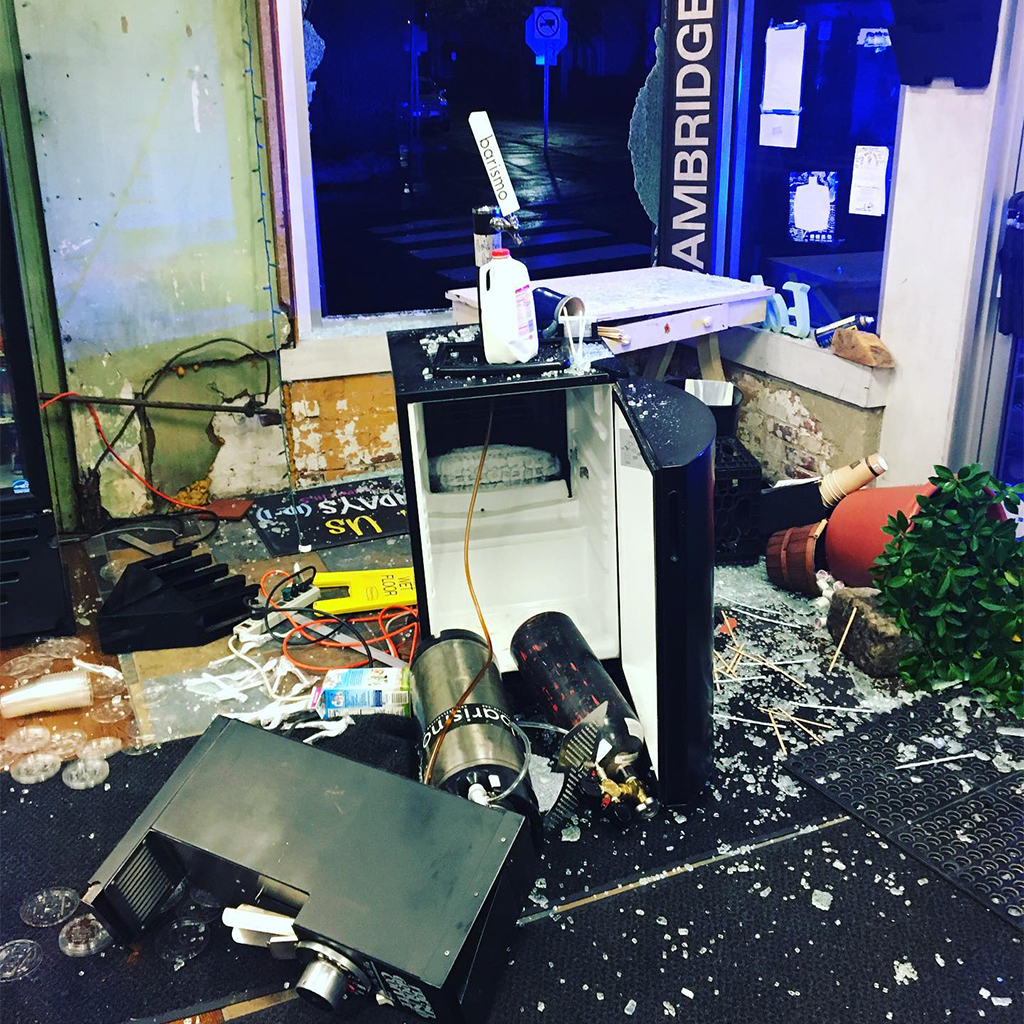 A crowdfunding campaign to help the Thistle & Shamrock corner store recover from a Tuesday burglary has gathered around one-third of its $10,000 goal in just a day. (Update on Feb. 12, 2020: By Wednesday afternoon, the campaign was more than halfway to its goal.)

“This is a small business full of heart, and a core pillar of our neighborhood. They can’t afford a hit like this,” campaign organizer Joni Seager said on GoFundMe, noting the vandalism and theft of computers and other valuables.

Police responded at approximately 4:22 a.m. to the store at 62 Walden St., in Neighborhood 9 near Porter Square, said Jeremy Warnick, director of communications and media relations for Cambridge police. Officers confirmed quickly that the sound of broken glass – the store window facing Richdale Avenue was “completely shattered” – signaled a full-fledged breaking and entering and robbery. 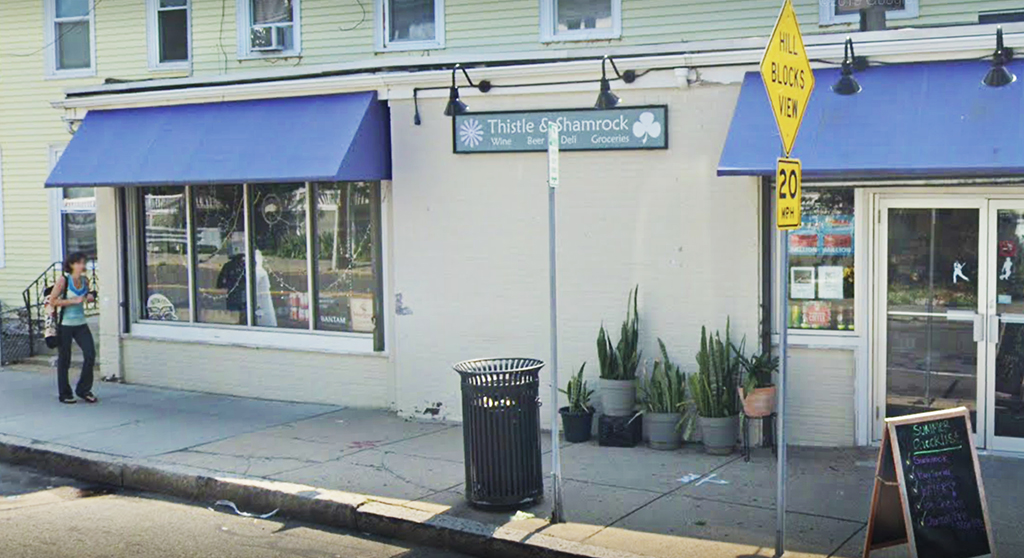 The Thistle & Shamrock has served the neighborhood for decades under various names. (Photo: Google)

Two witnesses told police of seeing three men at the store wearing gray hoodies, with their faces covered, and a nearby maroon car with white text lettering on the driver’s side rear door. The car soon fled Walden street toward Concord Avenue, the witnesses said, and a third witness later provided a photo of the car. Video footage from the store showed the men, all in their 20s or 30s, entering the store after smashing the window with a large rock and taking a cash register, ATM and some lottery tickets. Between the store register and Mass Lottery register, the robbers may have gotten away with only about $250 cash.

“It’s the damage” that’s the real cost, said Thistle & Shamrock owner Jackson Hall by phone Tuesday evening. The window alone, which was replaced within hours of the break-in, cost more than $1,000.

“It sounds like they did some stupid things, and hopefully they’ll be caught soon,” Hall said of the robbers.

He was grateful to Seager, a “lovely neighbor,” for launching the crowdfunding campaign, which he said would be ample to get the store back in shape after the crime, and said there had been an outpouring of support from the neighborhood.

A posting on Facebook drew promises of support as well. “We’ve got you,” resident Andrea Volpe said on the social media site.“You are all so universally loved and your little corner literally makes this neighborhood.”

The store has served the area since the 1960s, Hall believed, though it has operated under names such as Gus’ and the Supreme Food Mart over the years. Hall said he has owned it since May 2013.