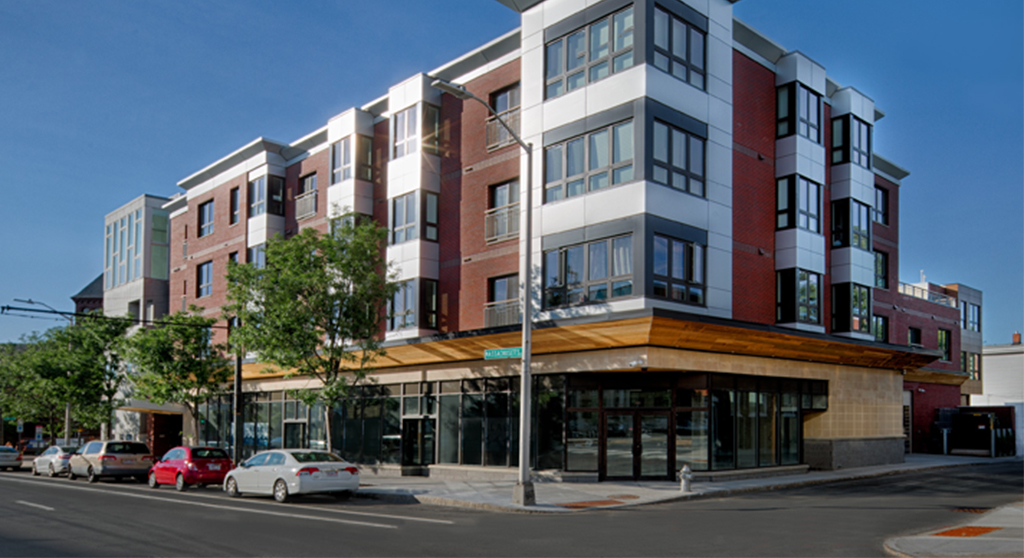 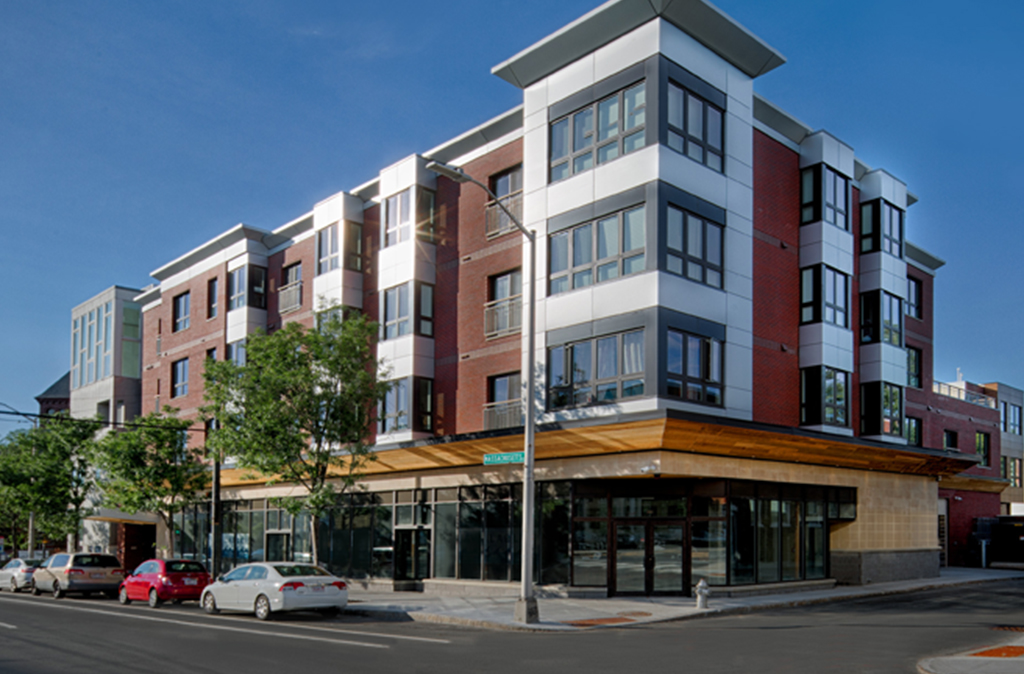 The ground-floor retail space The Rand at 1975 Massachusetts Ave., Porter Square, is to be filled after sitting empty for more than three years.

After sitting empty for three years, the retail space at the base of the Rand condominiums near Porter Square will be filled this year with Rock and Roll Daycare, a music-based, Montessori-inspired school “that provides a high-end childcare experience to infant, toddler and preschool-aged children,” according to leasers Urban Spaces and StoneRiver Properties.

The school already has five locations in Cambridge; the Rand location at 1975 Massachusetts Ave. is planned to be one of five more this year. ““This is an incredible flagship location for Rock and Roll Daycare,” said Chris Vuk, the chain’s founder and chief executive.

The Rand finished construction in March 2017 with agreements in place for all of its 20 units – 19 one- and two-bedroom units ranging from $600,000 to $810,000 and a three-bedroom, detached single-family townhouse. (In fact, almost all had been snatched up in the fall of 2016.) Yet the 3,500-square-foot retail space stayed stubbornly empty at its base, frustrating residents all the more because it was across the street from a former CrossFit space that has also been empty since 2017. Nearby in Porter are two long-empty retail spaces in the Gravestar-owned Porter Square Shopping Center and two long-empty restaurant spaces on Massachusetts Avenue that used to be Rod Dee Thai and the Wok N Roll Chinese restaurant; the latter is being eyed for a recreational marijuana shop.

“We have had significant interest and been in talks with a number of retail operators since the space became available,” said Paul Ognibene, chief executive of Urban Spaces, referring to the Rand space. “We ultimately leased to Rock and Roll Daycare, which we think is an ideal choice for the neighborhood given the need for high-quality daycare close to public transportation.”

No date was provided for the opening of the day care facility.