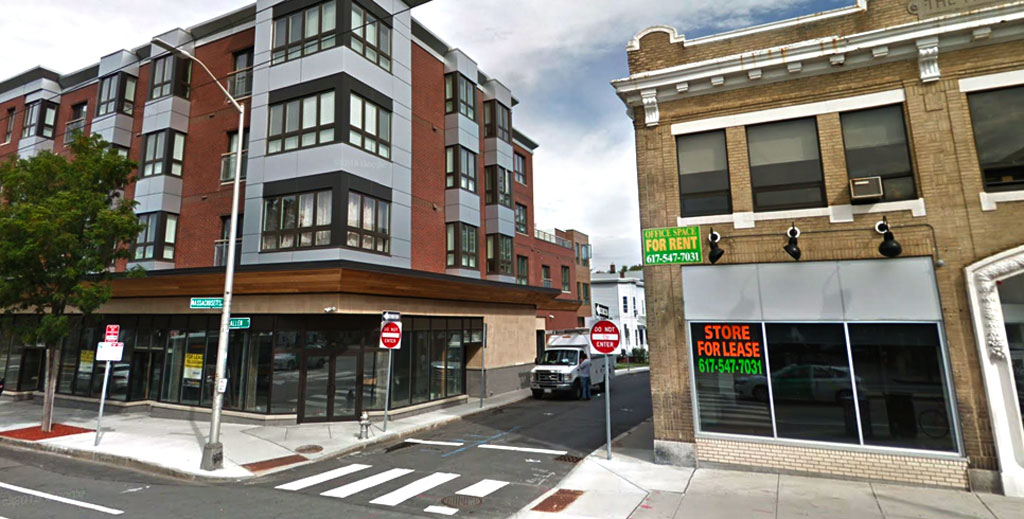 Long-empty storefronts of several thousand square feet sit side by side in Porter Square. (Photo: Google)

A study of Cambridge’s vacant storefronts, sometimes empty for months or years at a time even in the most prominent areas, includes calls for “open channels of communication” with property owners but no answer for an all too common problem: When the owners won’t communicate.

At a July 19 meeting about vacant storefronts, it was brought up by business owners looking for office space, the head of an arts nonprofit who wanted a popup exhibit location, representatives of neighborhood and local business groups and even by the city’s economic development specialist.

“I call a number – and that’s all I have, is a number – and it’s been very difficult to get a return call, let alone someone to pick up the phone,” said Pardis Saffari, leading off the meeting in Porter Square where she discussed the findings of the “Storefront Vacancies Best Practices” report from consultants Larisa Ortiz Associates.

Though the report says only about 4 percent of existing ground-floor retail is empty in Cambridge, far ahead of a national retail vacancy rate of 10 percent, the blankness can seem gaping especially when clustered – and Saffari acknowledged there were 10 ground-floor vacancies just between Everett and Beech streets around Porter Square. While the city requires that ground-floor retail be built and available, it has lagged on insisting the spaces be filled; towns such as Arlington, meanwhile, have registries where a vacant storefront incurs a $400 fee that’s waived if the owner allows the display of public art within.

Cambridge’s City Council has filed recent orders addressing vacant storefronts, such as demanding landlords keep property attractive even if there’s no tenant and incentivizing lower rents for mom and pop businesses through a lower commercial tax tier for helpful landlords. “These are some of the things the council this term is prioritizing,” said council Economic Development Committee chairwoman Sumbul Siddiqui, because conspicuous long-term vacancies are “inappropriate, it shouldn’t happen. It should be illegal, and we need to figure out how to hold these business owners accountable.” 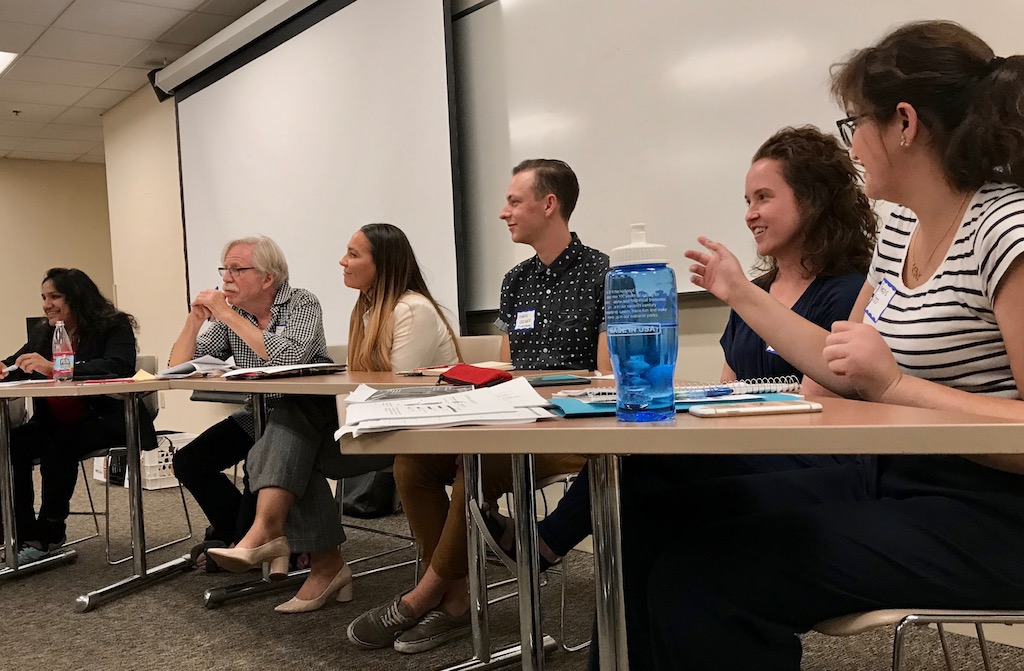 She noted the differences between small, local landlords and large institutional property owners, and Saffari and the consultants’ report made clear there can be a number of reasons a storefront stays empty for long periods: Institutional investors may benefit by claiming a tax write-off or engaging in speculatively high rents, holding out for a bigger eventual payday, for instance. Property may be inherited by a generation that has no interest in managing it. Some owners may be in months-long negotiations or holding out for a specific kind of tenant.

The Evergood Market between Harvard and Porter squares at 1674 Massachusetts Ave. has been closed for exactly two years because “they really are going for another market” to fill the space, Saffari said; a tenant that looked likely in November didn’t work out.

A representative for the company Gravestar was present to assure that the empty storefront in its Porter Square Shopping Center was filling, though no details were available, but there was no such response from others – including the owners of The Rand, where 5,000 square feet of retail remains empty since the condo units began filling in the summer of 2016, or of the neighboring space on Massachusetts Avenue where a CrossFit closed last year.

Update on July 27, 2018: Gravestar has a signed letter of intent with a local retailer at a below-market rental rate, said Daniel Giordano, a senior manager for leasing with the company. That means the former Zoots dry cleaning location could be filled within the next 30 to 60 days.

Though the nature of retail is changing, the vacancies are not due to lack of tenant demand, but more likely to rents that start high and rise 2 to 3 percent a year while landlords expect “triple net” contracts in which tenants pay everything from base rent and utilities, real estate taxes, building insurance and maintenance expenses – and then a potentially rising percentage of their sales, said Alisa King, a commercial real estate agent and member of the Cambridge Local First small-business group.

While Harvard Square retail space goes for around $175 a square foot, the consultant found a range around the city. Last year, the median asking rent was $31 citywide, but the average at triple-net was $43 – which is Porter’s rate as well, Saffari said. Closer to Arlington, rent per square foot can get down into the $20-plus range.

Those figures can stand in stark contrast to the needs of retailers who want smaller storefronts and face lower street traffic in the age of Amazon, said King and fellow Cambridge Local First member (and co-founder) Frank Kramer, the former owner of the Harvard Book Store.

But the meeting didn’t get to explantations from owners of nearby retail spaces who were invited repeatedly to the July 19 meeting but didn’t respond, according to the hosting Porter Square Neighbors Association.

“We have to educate owners,” Kramer said. “They have a responsibility to be good citizens. Some of them take it seriously and some of them don’t. We have to pressure them in every way we can, and the city has to do as much as it can with legal remedies. If it can charge some fee for empty storefronts, it should.”