‘The Way Back’: Affleck delivers true gravitas to star turn as a coach burdened by addiction 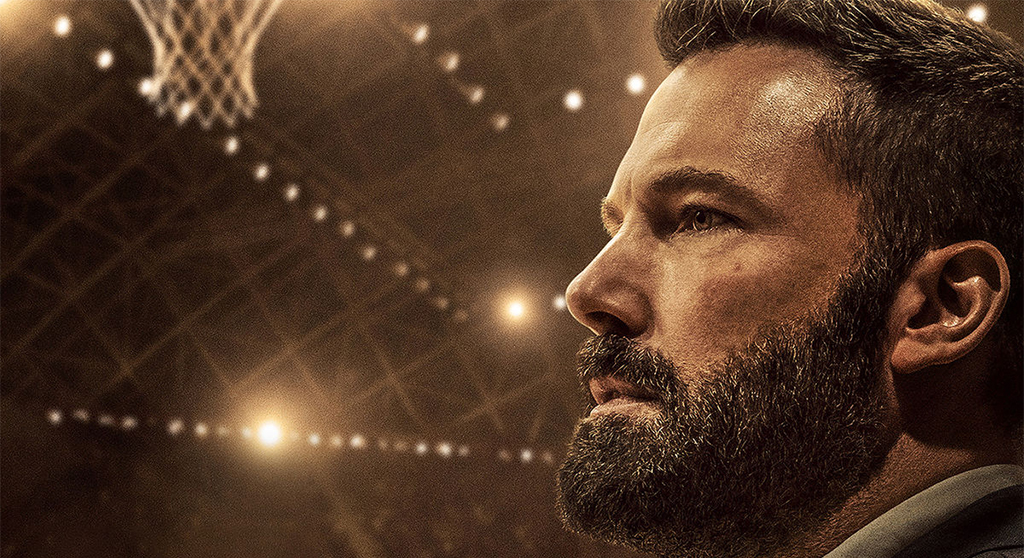 ‘The Way Back’: Affleck delivers true gravitas to star turn as a coach burdened by addiction

Watching “The Way Back,” the story of an alcoholic has-been who finds redemption taking the reins of a losing high school basketball team, I was pretty sure I was taking in something based on true events. A quick gander of the press notes and the answer was a solid nay, and somehow I felt cheated. I mean, would “Hoosiers” (1986) resonate as thoroughly if it weren’t true? 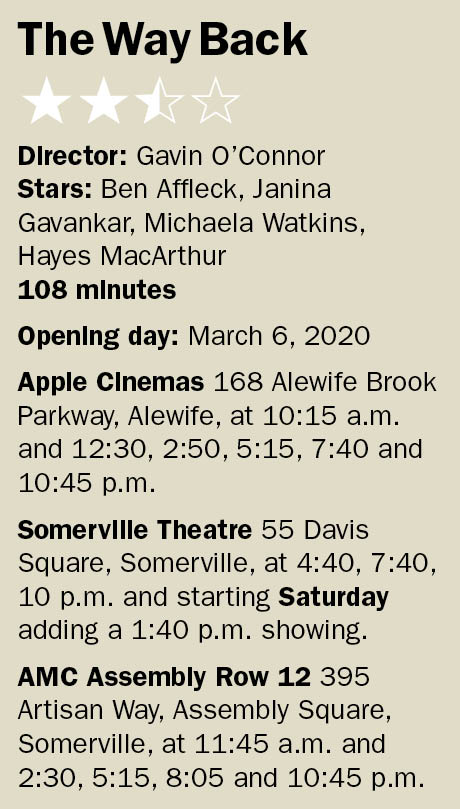 Given that the film stars Ben Affleck with his tabloid-chronicled struggles with alcohol, there’s a truth here that you can feel in the actor’s convincing “been there” performance. Affleck has puffed up for the role; he’s boxy and bloated. Gone is the buff Batman physique, and his face is weary and heavy. It’s a lived-in performance that may go down as one of Affleck’s finest, even if the film, while hitting all the requisite marks, feels thin – moving and meaningful, sure, but thin.

We catch up with Affleck’s Jack Cunningham working a construction job in L.A. He’s isolated, a barely functioning alcoholic who pops a can of beer in the shower each morning but at least has the presence of mind to get a ride home from the bar each night. During a tense Thanksgiving dinner at his sister’s house we learn Jack was once an all-state ball player at a small Catholic high school and had a scholarship to the big time, but events sidelined his success and have him separated from his wife, Angela (an effectively sensitive Janina Gavankar). The opportunity for Jack’s “way back” comes in the form of a random call from the head of Jack’s old high school. Turns out the basketball coach had a heart attack; the school asks Jack to step in, even though he hasn’t picked up a ball in 20 years, let alone ever coached.

The crew Jack has to oversee is fairly pat platoon of misfits and castoffs, unable to win a game against a team of gnomes, including the slack showboat who thinks he’s better than he is (Melvin Gregg), the full-of-himself ladies man (Will Ropp), the portly prankster (Charles Lott Jr.) and the team’s taciturn star with home life challenges (Brandon Wilson). The assemblage of coach and kids who need each other screams cliché, but director Gavin O’Connor – who’s been down this path before with “Miracle” (2004) and “Warrior” (2011) – keeps things gritty and realistic, adroitly avoiding what otherwise might have been maudlin pitfalls. The script by Brad Ingelsby (“Out of the Furnace”) may come off as forced and coy in the way it introduces backstory and developments, but to its credit, it moves in directions that are anything but Hollywood. The real buzzer beater here, however, is the chemistry between Affleck and his squad. Sure, they grow as young men and the team begins to come together and win, but it’s more palpably conveyed than just simply checking those boxes. The dynamic with Jack’s sensitive assistant coach (Al Madrigal), a math teacher who’s onto Jack saucing it up in the office, helps deepen the complex nature of addiction and recovery. Overall, “The Way Back” might not be an instant classic, but it is a sobering spin on hopelessness and despair and finding the way forward.