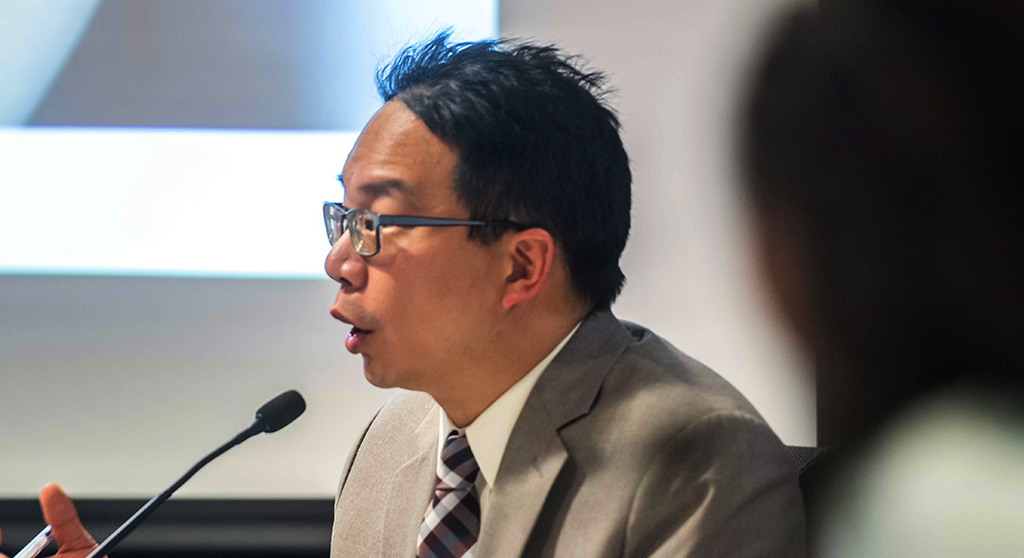 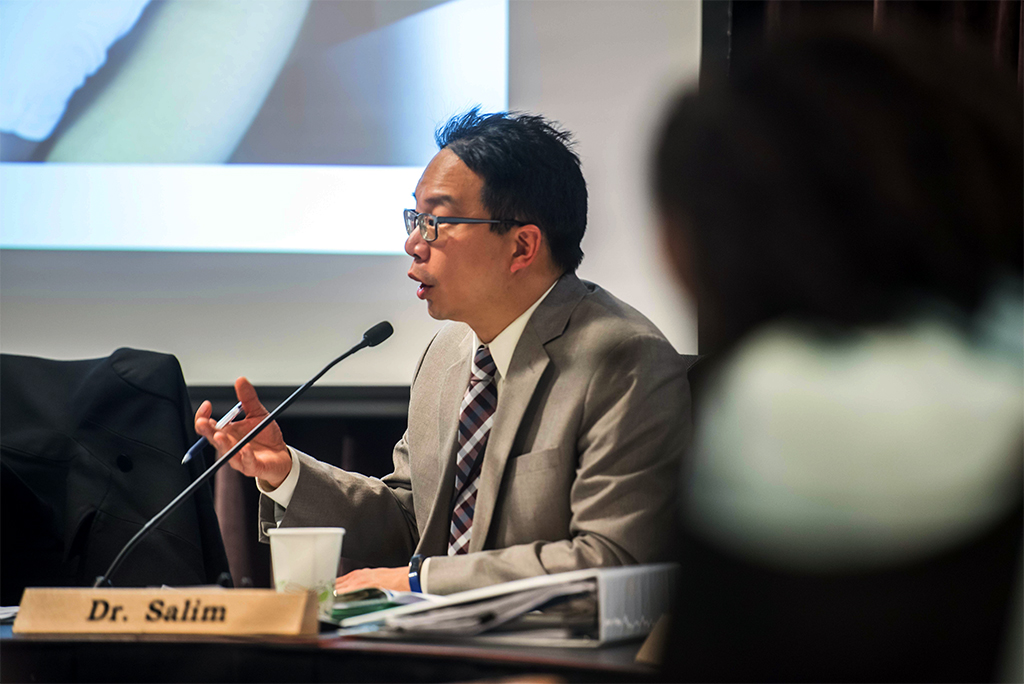 District and city staff are exploring how extended school closings would work during a virus scare, Superintendent Kenneth Salim says. He is shown at a January meeting. (Photo: Derek Kouyoumjian)

The school district is laying the groundwork in case a coronavirus outbreak demands the closing of one or more schools, School Committee members learned Tuesday.

Superintendent Kenneth Salim and district and city staff have been asked to explore how closings would work, including backup child care options, how to provide food to students who depend on the school cafeteria, how hourly employees might be compensated if schools close or household members are in quarantine, and how to educate students in light of possible bias toward people of Asian descent.

Vice chair Manikka Bowman and committee members David Weinstein and Rachel Weinstein (no relation) submitted that motion, while member Ayesha Wilson noted in her own motion that “many of the bathrooms in our schools either lack hot water, working soap dispensers [or] paper towels” and called for immediate fixes. She also asked that signs be posted in all schools with “simple, preventative measures recommended by the Centers for Disease Control,” including washing hands with soap for 20 seconds, staying home when ill and disinfecting surfaces frequently.

“Unlikely to be trivial”

Current data suggest that children are less likely than other age groups to become severely ill with Covid-19, but those mild symptoms may mask their role in spreading the disease, according to striking public comment by William Hanage, an associate professor of epidemiology at Harvard’s T.H. Chan School of Public Health. He also commented at Monday’s meeting of the City Council.

“If children can transmit while exhibiting mild symptoms, this will result in them having an outsized role in the spread of disease,” said Hanage, adding that because most testing has focused on severely ill adults, children infected with Covid-19 are probably underrepresented in most studies.

Hanage referred to two published Monday. In Shenzen, China, where intensive testing was implemented across the population, 13 percent of cases were under age 15. A second study of 10 infected children documented a “prolonged shedding of virus during the convalescent phase.”

“This shows that children can be infected and potentially be significant contributors to transmission,” said Hanage, adding that if more studies support these findings, school closings are an effective way of reducing community exposure to the virus.

“There may need to be multiple closures,” Hanage said. “Although the magnitude in terms of threat to health remains uncertain, it is unlikely to be trivial or disappear in the coming months.”

Closing a school – or the entire district – is decided in collaboration with the CDC and state health officials, taking into consideration the risk of disease and the hardship it will have on families, officials said. Still, said Jim Maloney, chief operating officer of the district, “the higher you go up in the food chain of officialdom in this country, almost everybody has agreed they’re going to push back the decision to the superintendent of schools.”

“The decision is so complex – we’re such an interconnected school district. There are families with children in two or three schools. We have schools that share school buses. We have students that go to multiple after-school programs,” Maloney said. “What if you close for two weeks and then another child gets sick – it’s like a dog chasing its tail.”

Salim said the district was also looking at such things as plans for student trips and travel during April vacation week “and the impact any decision will have on students and families. [And] there are other decisions, like whether to hold large public gatherings,” Salim said.

Member Jose Luis Rojas Villarreal pointed out that closing a school and mitigating the disruption are different decisions, and David Weinstein noted additional layers to deciding to close a school, including its financial effect on families and employees and how to do remote learning if Internet access at home is not universal.

No kind of remote education could replace a six-hour school day fully, but the district is exploring what types could be deployed if schools close to still have engaging learning activities for students, Salim said.

District staff are assessing what tools exist at each school, examining licenses for their use and talking with colleagues across the state. All students at the high school have a Chromebook to take home; students in grades 3 through 8 have Chromebooks, but they been used only at school.

Some “old-fashioned but effective” options include the Cambridge Educational Access TV and Cambridge Community Television cable access channels, Salim said. When snow closed Boston schools for a prolonged period, education officials authorized the use of “blizzard bags” of assignments to be done at home, though the state discontinued the practice in December.

Salim said his office is working closely with the city’s Public Health Department, sharing information as issues emerge, and that district staff are working with school leaders to answer additional questions from families and educators. The facilities department has held custodian meetings to review procedures for sanitizing buildings and staying on top of supply issues, such as for dispensers that run out of soap, Salim said.