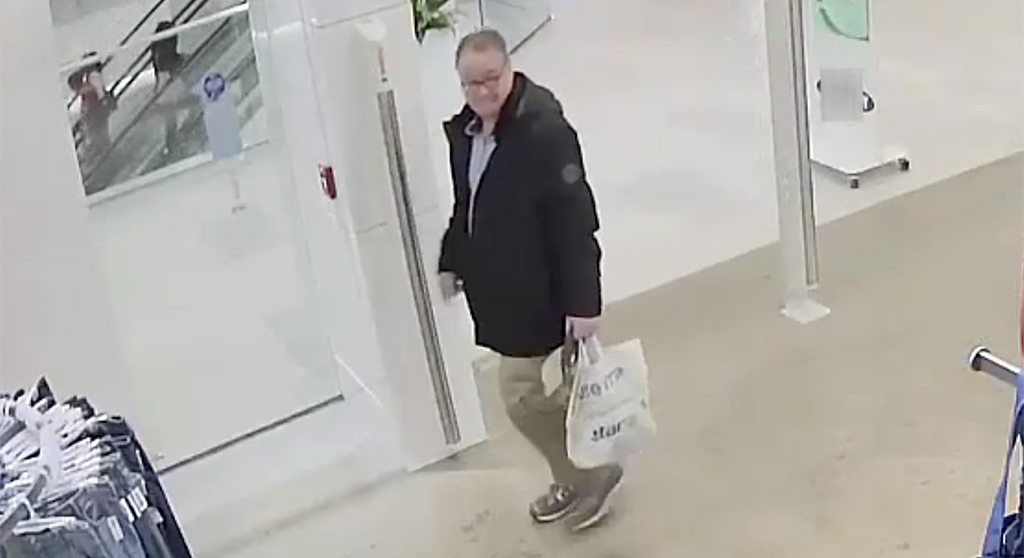 A man believed to be Wayne MacDonald, of Boston, is seen in mall video from Sunday that was released by police.

Cambridge and Boston police arrested Wayne MacDonald, 61, of Boylston Street in Boston, on Thursday in connection with an indecent exposure incident that took place Sunday at the CambridgeSide mall’s Old Navy store.

He entered the store at around 6:09 p.m. and approached two young girls. When they walked away, he persisted in calling out to them, though he “never got close,” said Jeremy Warnick, director of communications and media relations for Cambridge police. “After getting their attention, the man exposed himself with what was believed to be a sex toy” – identified as fake by its color, for one thing, police said – and left the store at around 6:15 p.m.

MacDonald faces two counts of annoying and accosting a person and is expected to be arraigned Friday in Cambridge District Court, in the Medford courthouse. Cambridge police wanted to “commend the community, the media and the Boston Police for their assistance in this investigation. With their support, investigating officers were able to quickly identify MacDonald and take him into custody without incident,” said Jeremy Warnick, director of communications and media relations for Cambridge police, in a late Thursday email.