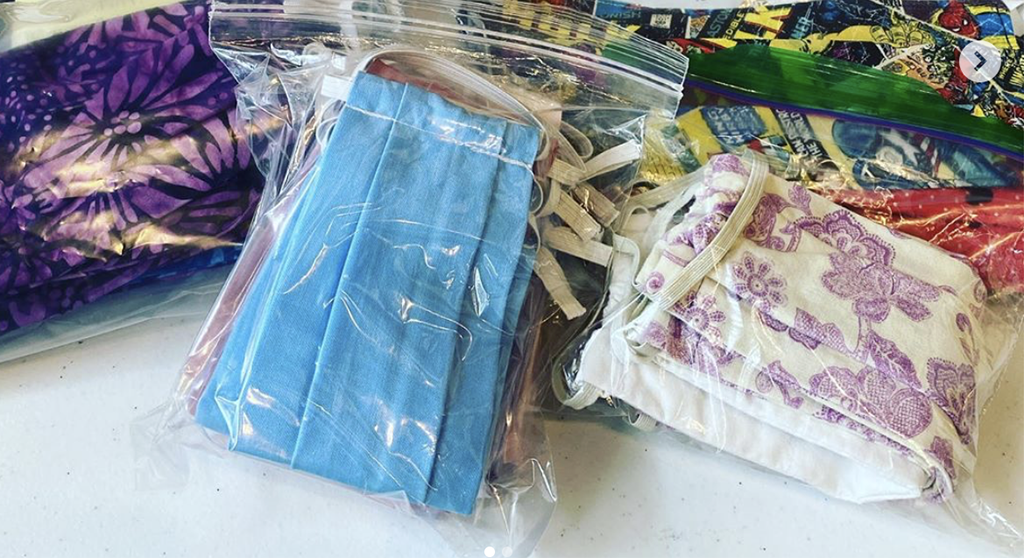 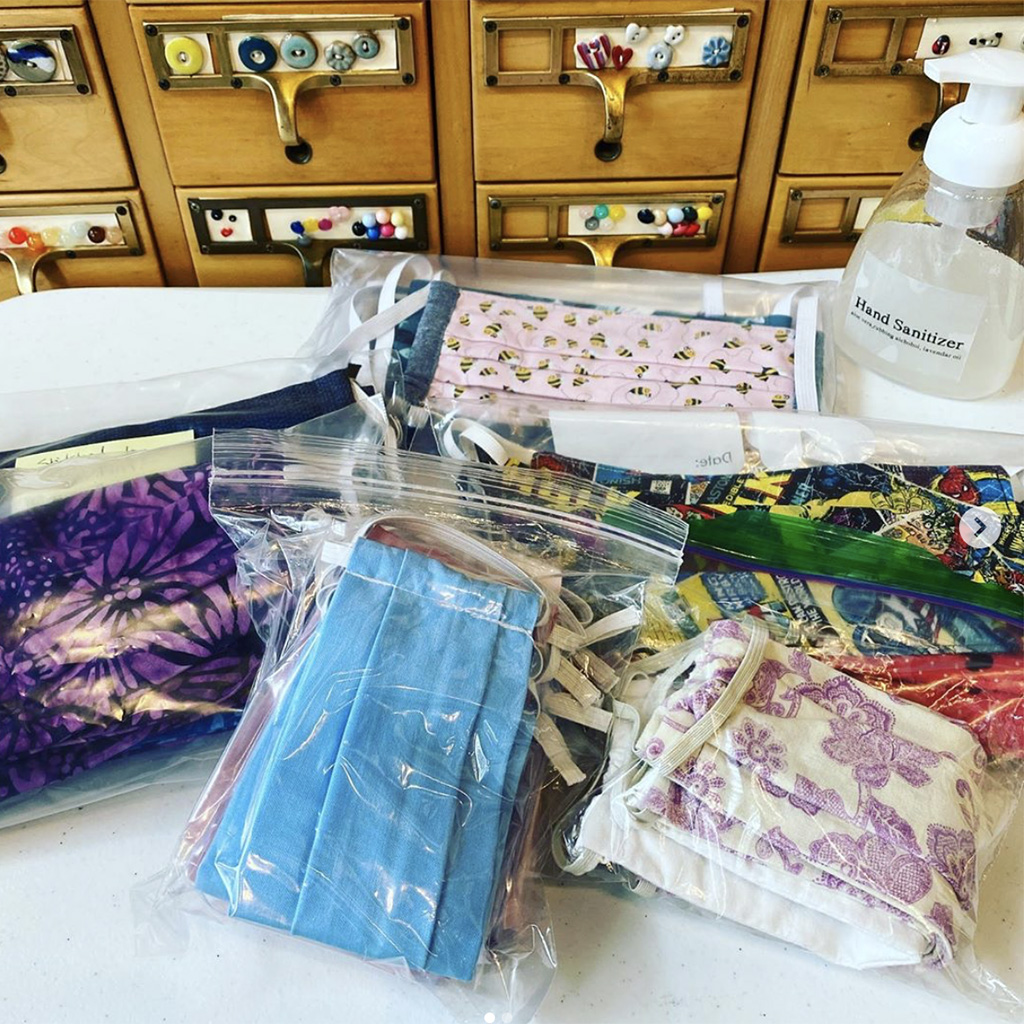 The Gather Here Stitch Lounge in Inman Square has organized the making of masks for donation, and the Cambridge Health Alliance has said donated masks have hit 35,000. (Photo: Gather Here via Instagram)

The number of Cambridge residents with Covid-19 climbed to 60 on Saturday, up 14 from the total on Friday, city officials reported.  The count had stood at 20 on Monday, just six days ago.  Two very young people, a male and a female aged 10 to 19, have the virus. Residents in age groups from 20 to 49 continue to account for the highest number of cases: 42, according the breakdown from the Cambridge Public Health Department. More than one-quarter of the cases – 16 – are in people between the ages of 20 to 29.

Women still make up the majority of coronavirus cases: 36 of the 60. Six people older than 70, two women and four men, have been diagnosed with the virus, the health department breakdown said, The city is no longer reporting the number of people who are hospitalized.

In announcing the increasing case counts every day, the Cambridge Health Department says the true number of those infected may be higher, explaining that some people may have mild symptoms and don’t know they’re infected and that laboratories may not be reporting every positive test result to the state health department, which sends local data to Cambridge. Experts expect the official count to increase as more people are tested.

Harvard University president Lawrence S. Bacow said Tuesday that he and his wife Adele have tested positive, and Harvard reported that 18 “affiliates” of the university have the virus. It is not known whether any of those cases are included in the city’s totals. A Harvard spokesman did say that positive results of people who were tested at the university’s health service are reported to the state Department of Public Health, which sends results of Cambridge residents to the city.

And Cambridge Health Alliance spokesman David Cecere said Wednesday the response to the Alliance’s plea to the public for donations of masks, gowns and other items that protect health care workers from being infected “has been tremendous. We have received a wide range of supplies, including homemade masks – as of today, we have received more than 35,000 masks and 30,000 gloves. We are extremely grateful for the community’s generosity and support.”

A plan to expand mobile testing for the virus to more locations besides the CHA site at Somerville Hospital and to open it to the public instead of limiting it to patients of the health care system “is temporarily on hold,” he also confirmed.

Expansion “is contingent on us getting more testing supplies, which are limited at this time: with vendors first prioritizing the hardest-hit states of California, New York and Washington for swabs, he said.

The Alliance is not disclosing whether any patients with Covid-19 are being treated in its two hospitals in Cambridge and Everett; some Boston hospitals are reporting the number of infected patients in their institutions. Cecere said CHA is “adhering to the recommendation that that all requests about Covid-19 patients be directed to the (state) Department of Public Health.” The state agency also is not disclosing hospital caseloads.