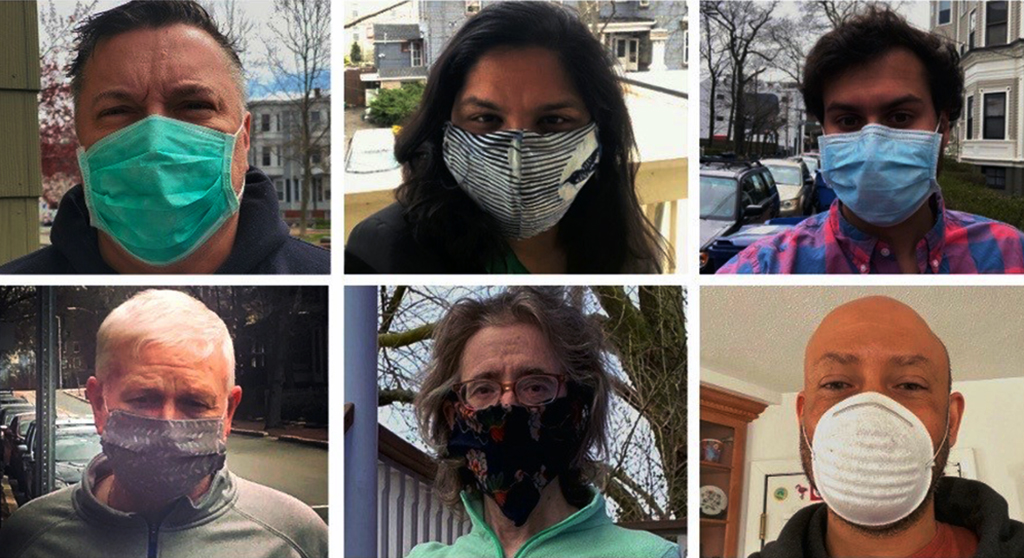 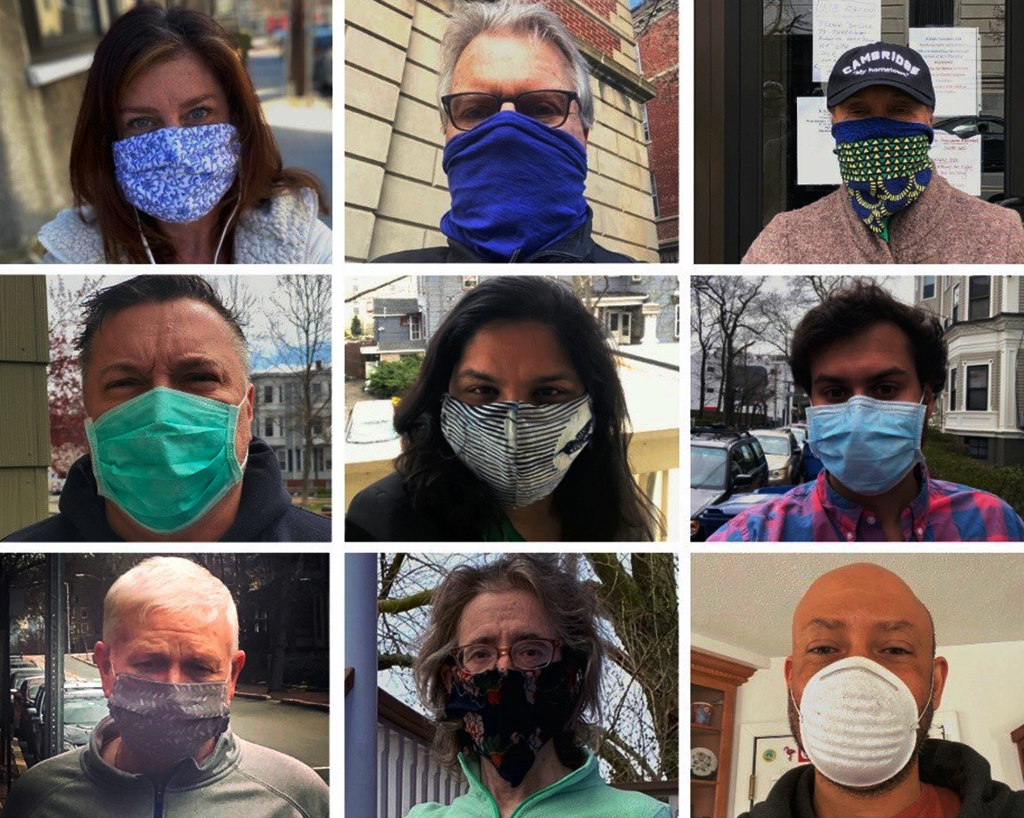 City councillors model mask-wearing for their constituents in an image released by the city.

City Council, 5:30 p.m. Monday. What, something that’s not about coronavirus? This session of the council wraps up a winter that delivered 22 inches of snow and sent the Department of Public Works on 11 snow removal or salting sorties, paying for the season with a request for $500,000 for plowing and related expenses and $400,000 for snowstorm-related street repairs while prepping for coming winters with $230,000 in new equipment.

Much else on the agenda is about the pandemic, though, starting with a council order that might enforce mask-wearing whenever people venture outside their homes. But while the order’s summary is simply for the city manager to “issue an emergency order to make wearing a cloth face covering in public mandatory,” the text calls a report back in a week on what came out of evaluating “the feasibility of issuing an emergency order,” given the complications councillor Marc McGovern described a week ago. (The City of Somerville is implementing a mask order Wednesday, with a one-week grace period. “I understand this may feel strange or burdensome,” Mayor Joe Curtatone said in a recorded message Monday, warning that  police will aim to educate first, but be able to issue $300 fines for people who “willfully” refuse to cover their faces in public places.) There’s also an overdue call to get council committees back to work by videoconferencing, like the public comment period during the full council’s meetings; and maybe there’s hope in an order looking at keeping city staff safe when City Hall reopens, though a call to cap third-party food delivery fees to 10 percent (they go up to 30 percent) implies there’s plenty more ordering in coming our way.

The city manager asks $114,359 to keep the Y2Y Youth Shelter running in Harvard Square until May 31 – in more typical times, it would have shut down mid-April – and the use of the War Memorial Recreation Center as a temporary homeless shelter is likely to come up in a Covid-19 issues update. Dissatisfaction with the implementation of the $500,000 idea (paid for by Harvard and the Massachusetts Institute of Technology) continues; Mid-Cambridge Neighborhood Association leader Fritz Donovan writes that it’s time to rethink a plan that “has every promise of doing more harm than good” and finds agreement from James Cunningham, himself unhoused, who calls the concept “irresponsible, dangerous and reckless” and is unsure “how a concrete parking structure or a gymnasium could ever be described as an ‘ideal’ place for a human being to live.” City councillor Quinton Zondervan said he plans to amend an order set aside last week after being in contact with more homeless who have concerns about the War Memorial setup and have submitted a 100-name petition about it.

The meeting will be televised and stream online. Sign up for public comment here to get instructions about how to use the necessary Zoom video conference platform.

Also, did you miss the half-hour “Ask the Mayor and Manager” session on 22-CityView, which drew more than 160 questions? (That’s around 11 seconds per question, though of course many questions would be on similar themes.) It ran at 7 p.m. Friday and is available on YouTube.

School Committee, 6 to 8 p.m. Tuesday. A workshop-style meeting to discuss tweaks to the proposed budget for the 2021 fiscal year; budget workshops tend to mean no votes or public comment will be taken.

The meeting will be broadcast over Cambridge Educational Access TV channels 98 and 99 and should stream online.

This post was updated April 27, 2020, with information about a Somerville mask order.