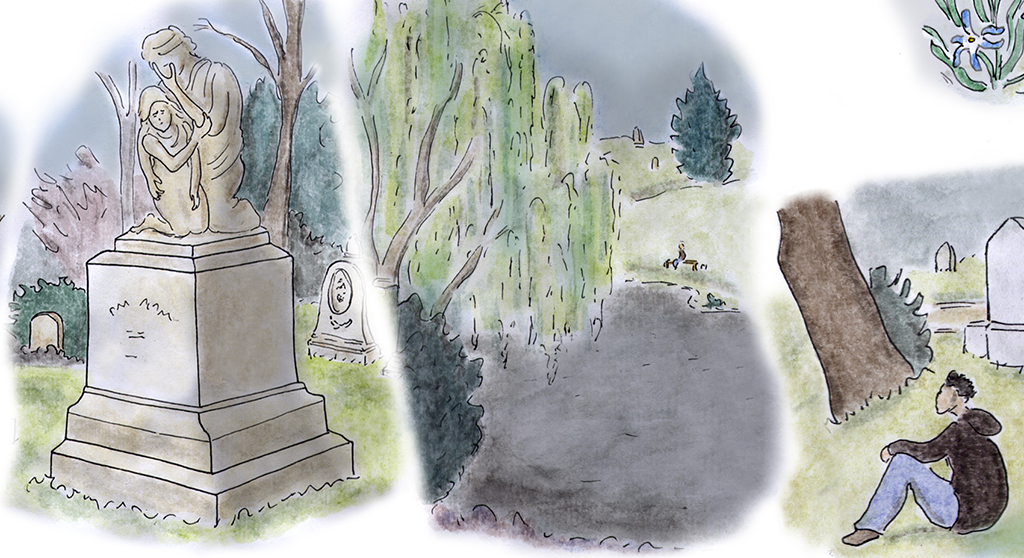 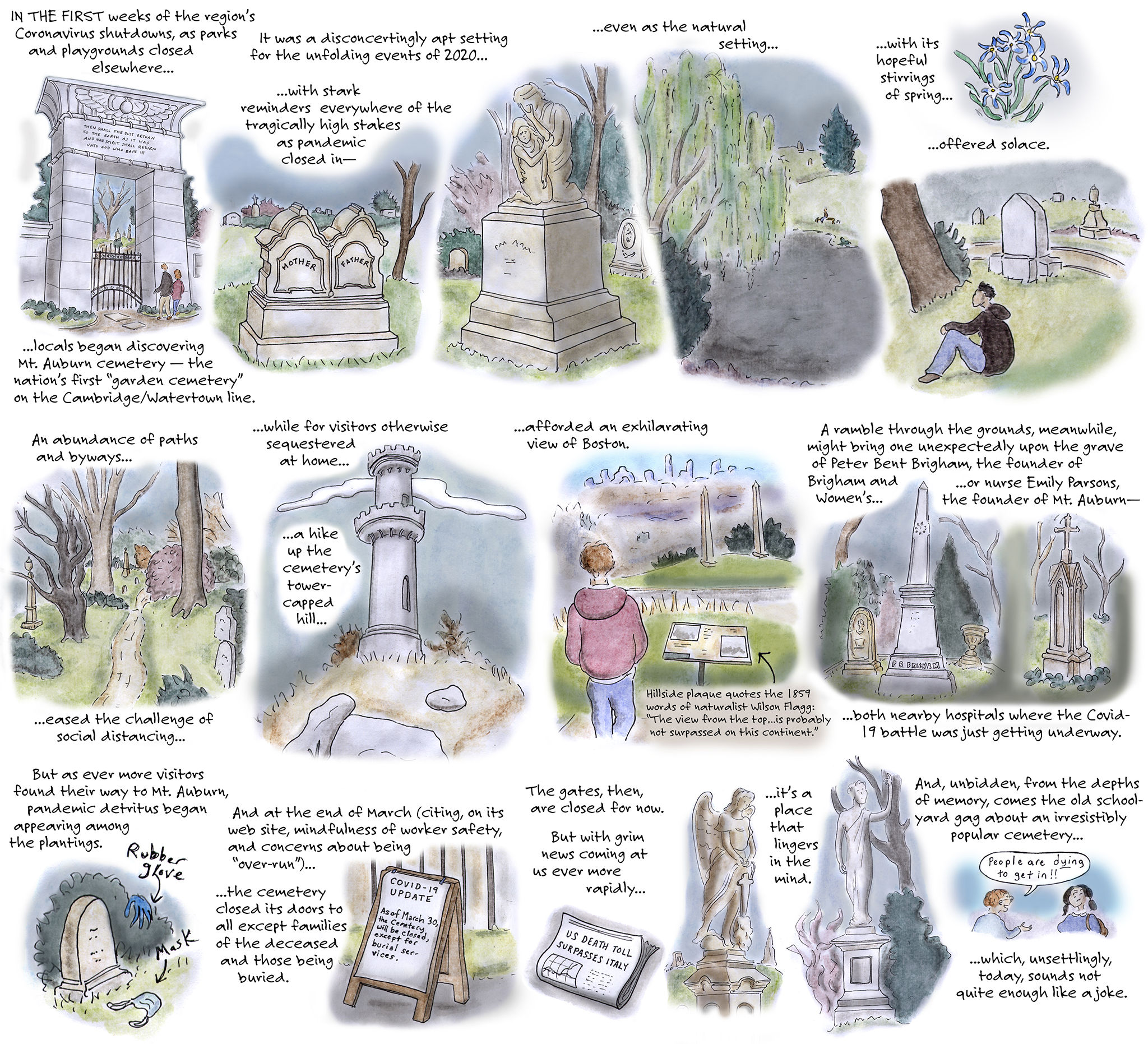 In the early days of the coronavirus shutdown, Mount Auburn Cemetery was a place of refuge for Sage Stossel – but also for too many others, which is why it closed to the general public in late March. Stossel, however, is not just an Area II resident and contributing editor for The Atlantic; she is also an occasional cartoonist for The Boston Globe, The Washington Post and The New York Times Week in Review, among others. She uses her talents here to remind us of what we’re missing with the closing of the West Cambridge grounds (much of which is actually in Watertown) and why.

Stossel hasn’t stopped looking for a replacement for walks in the cemetery, 72 idyllic acres dating back to 1831. She’s been to Beaver Brook Reservation in Belmont and followed her 5-year-old son’s Google Earth explorations to an intersection in Somerville painted with flowers and a stone labyrinth on the grounds of the Harvard Divinity School. And they’ve found a public garden space in Cambridge that’s “small but quite magical” and so far relatively undiscovered by crowds. Still, she can’t shake Mount Auburn.

“Since they closed the cemetery, I haven’t found anything that quite compares,” Stossel said. “We’ve expanded our horizons. But we’ll definitely go back to Mount Auburn whenever it reopens.”