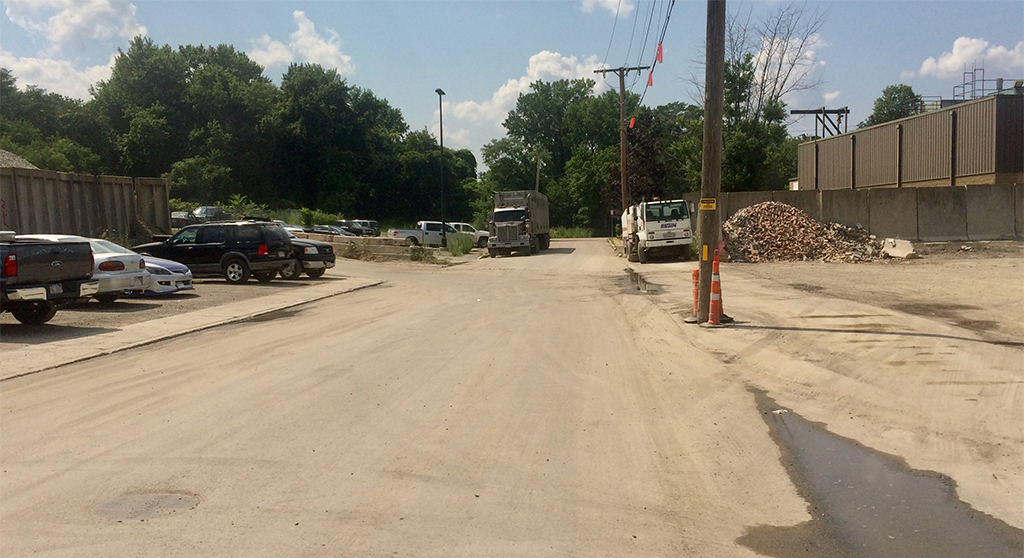 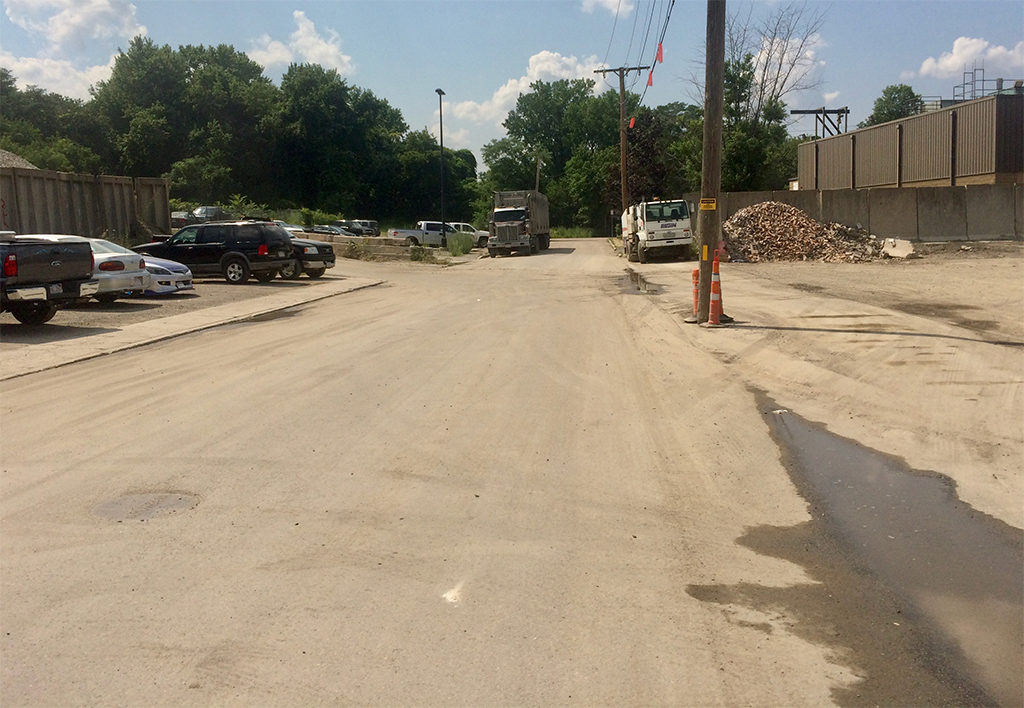 An area on Mooney Street in the Alewife Quadrangle, seen in 2017, will likely soon be leased to the Department of Public Works. (Photo: Marc Levy)

City Council, 5:30 p.m. Monday. Cambridge has dragged behind other communities in closing streets to traffic for socially distanced use by pedestrians, runners and bike riders and, in this case, for restaurants to serve customers in the open air – but now there’s an order to look at closing all of Central Square to traffic on Sundays and “see if this might be appropriate for other areas of the city.” (The order is from E. Denise Simmons, who resisted closing Memorial Drive and neighborhood streets to traffic for similar reasons.) Other council orders relate in various ways to nationwide conflicts over police departments and race, with one seeking to explore in depth our police commissioner’s insistence that his department doesn’t have “military” gear; another looking at dumping the civil service system to increase police and firefighter hiring diversity; and a third asking for the city to post its collective bargaining agreements online. Also, the city needs $1. 6 million to pay a lease to add Department of Public Works space: 104,600 square feet of former industrial transfer station and 4,800 square feet of office space at 50-54 Mooney St. in the Alewife “Quadrangle” area – frequently rumored as wanted for this use, but seemingly taken off the table permanently in August 2018 when developer Cabot, Cabot & Forbes bought it for $79 million, beginning the process of a rezoning last year.

School Committee special meeting, 5 to 6:30 p.m. Tuesday. After a semester of significant disruption from coronavirus, the School Committee gets together to discuss what it’ll do with the summer; in a typical year, July and August are breaks from the meeting schedule, with only one regular meeting in the middle. (As a special meeting, there will be no public comment or votes.)

The meeting will be broadcast over Cambridge Educational Access TV channels 98 and 99 and should stream online.

Human Services & Veterans Committee, 2:30 p.m. Thursday. This committee run by city councillors Alanna Mallon and Marc McGovern gets an update from the Department of Human Services and the School Department on summer camp programming for Cambridge youth. This is the first meeting of the council’s various committees since the coronavirus lockdown began in March.

Cambridge Redevelopment Authority, 5:30 to 7:30 p.m. Wednesday. Look at plans for the proposed Eversource substation in Kendall Square, which would keep a substation from being built on residential Fulkerson Street, through the Zoom video conference platform at https://bit.ly/2XojraO with the passcode 014149; or by phone at (646) 558-8656 with meeting number 880 9233 9880 and the same passcode.