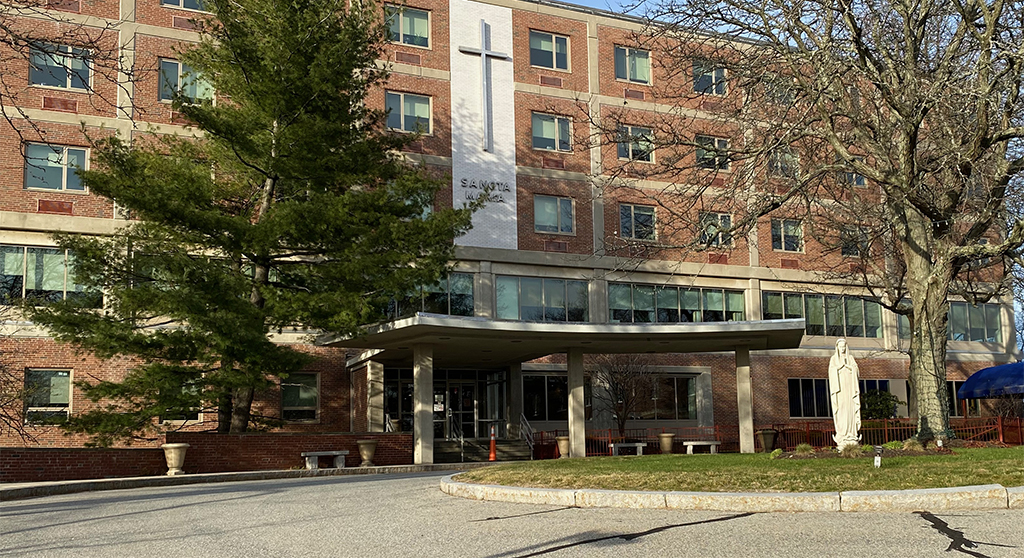 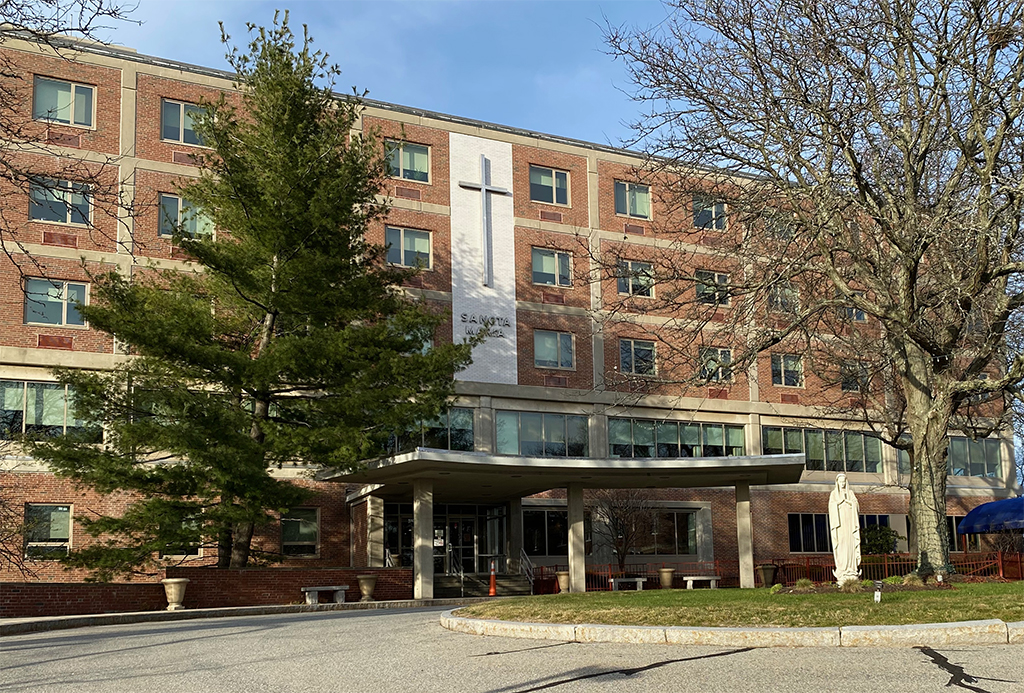 Cambridge counts of deaths from coronavirus in long-term care facilities are lower than the figures the state publishes. (Photo: Marc Levy)

State figures suggest that the city has been underreporting Covid-19 deaths in Cambridge nursing homes, though the number of missing cases appears to be small: maybe six deaths at most. The cumulative number of reported coronavirus infections in nursing homes and assisted living centers has also fluctuated in inexplicable ways – actually decreasing to 269 cases on Sunday from 273 cases on June 18, according to the city.

On Wednesday the city posted an increase in Covid-19 deaths for the first time since June 19, but the one additional person who died from the virus was not living in a nursing home or assisted living facility. The change, posted shortly before 7 p.m., three hours after the usual time, brought total deaths to 98 and the number of deaths in people outside long-term care institutions to 26.

As for cases and deaths in nursing home and assisted living residents, the Cambridge Public Health Department responded Wednesday to repeated questions about the discrepancies between state and city figures and the mysterious changes by describing the complicated and different ways in which state and Cambridge public health agencies get information about Covid-19 deaths. The response did not address any specific discrepancies, although it said “there is an ongoing likelihood that Covid-19 case and death data reported by [Cambridge] and the state may not always align at a given point in time.”

The response did not say which number is correct, and it appears that there’s no way to tell.

The department also said that in the future it won’t answer questions about “small discrepancies” in data reported by the city and state – meaning of fewer than five cases – because of “the high demands on our epidemiologist.”

It’s impossible to get complete information about Covid-19 infections and deaths in the city’s three nursing homes and four assisted living centers because of a confusing patchwork of reporting and disclosure policies among city, state and federal agencies. The city’s Public Health Department publishes more figures than do many other communities and even some states; still, there may be glitches.

One recent blip in the city’s Covid-19 deaths count wasn’t because of a state-city discrepancy but did draw public attention: The total count of deaths went down over the last weekend, to 96 deaths from 97, with no explanation. The decrease actually was in long-term care deaths, which make up almost three-quarters of the total.

On Monday, the department said on its Covid-19 website that the lower number had been wrong because of “a backend data access problem that has since been rectified.” The total deaths count returned to 97, and the long-term care deaths figure returned to 72 early Monday, but the cumulative case count in long-term care, which includes deaths, did not return to its previous total of 270. The department hadn’t moved the count back to 270 as of Tuesday and did not respond to questions about that or explain what was meant by a “backend data access problem” and why it created the error. After Cambridge Day questioned why the number of infections had not changed from 269, the 4 p.m. Tuesday report showed 270 cases once again.

The city’s count of deaths from coronavirus in long-term care facilities has been lower than the figures the state publishes for some time. The city does not disclose Covid-19 deaths in individual facilities, but the state has reported deaths in each nursing home since May 27. At that point, 27 residents at Neville Center at Fresh Pond had died of coronavirus and 17 residents had died of the virus at each of the city’s two other nursing homes, Cambridge Rehabilitation and Nursing Center and Sancta Maria Nursing Facility, the state report said. And the city was reporting 68 long-term care deaths, a figure that included assisted living centers.

Since then, the state has reported four more deaths at Neville Center, two more at Sancta Maria and four at Cambridge Rehabilitation and Nursing, a total of 10 more deaths of nursing home residents. The city’s long-term care total has risen to 72 deaths, up four deaths. The discrepancy remains unexplained except in the city’s general statement saying that figures published by the two government agencies may not always agree.

More recently, since June 24 the number of deaths at Neville Center has increased by two, according to the state – with no increase in the city total. Unless somehow the cumulative number of deaths dropped at assisted living centers over that period to offset the increase in nursing homes, the city’s figure would seem to be too low.

The statement from the city health department said epidemiologists at the city agency get reports of deaths primarily from the state through its electronic Maven reporting system. The local department also learns of deaths of long-term care residents from a nursing home or assisted living facility, a hospital, other local health department employees who process burial permits for funeral directors, or the person’s family. Some of these sources might provide the information to the city before the state gets it – which would not explain the fact that the city count is lower than the state figures.

Meanwhile, the state weekly report of nursing home deaths says they are “self-reported” by the facilities; state regulations require the reports. Another source is city and town clerks who provide death certificates; they report to the state, which reviews the death certificates and puts any caused by Covid-19 into Maven, where Cambridge epidemiologists can see the information, state Department of Public Health spokesman Omar Cabrera said.

As for decreases in reported cumulative Covid-19 infections among residents of nursing homes and assisted living centers, the city health department said the count could go down if a resident is discharged from a facility and moves outside of Cambridge. The department didn’t explain any of the specific decreases.

In a related issue, the latest weekly report on nursing homes from the Centers for Disease Control and Prevention indicated that as of June 21, Sancta Maria Nursing Facility had a shortage of nurses and aides, as well as gowns. Cambridge Public Health Department spokeswoman Susan Feinberg did not respond when asked if the city health department was helping the nursing home deal with those problems. The administrator of Sancta Maria told a reporter last month that “I have no interest in talking to the media.”