Sandwiches at The Abbey, separated from traffic by a cozy enclosure 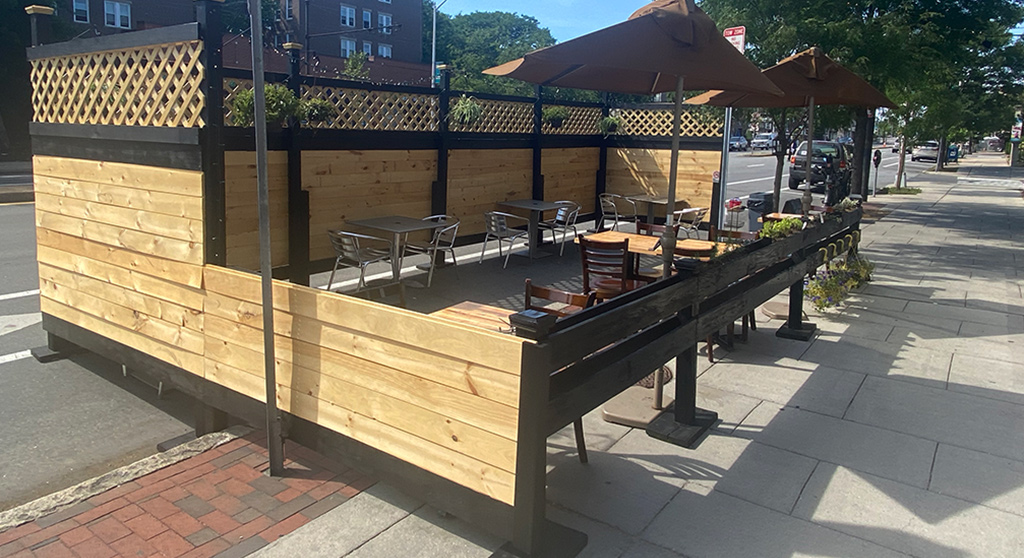 Sandwiches at The Abbey, separated from traffic by a cozy enclosure

Eat outside: The Abbey 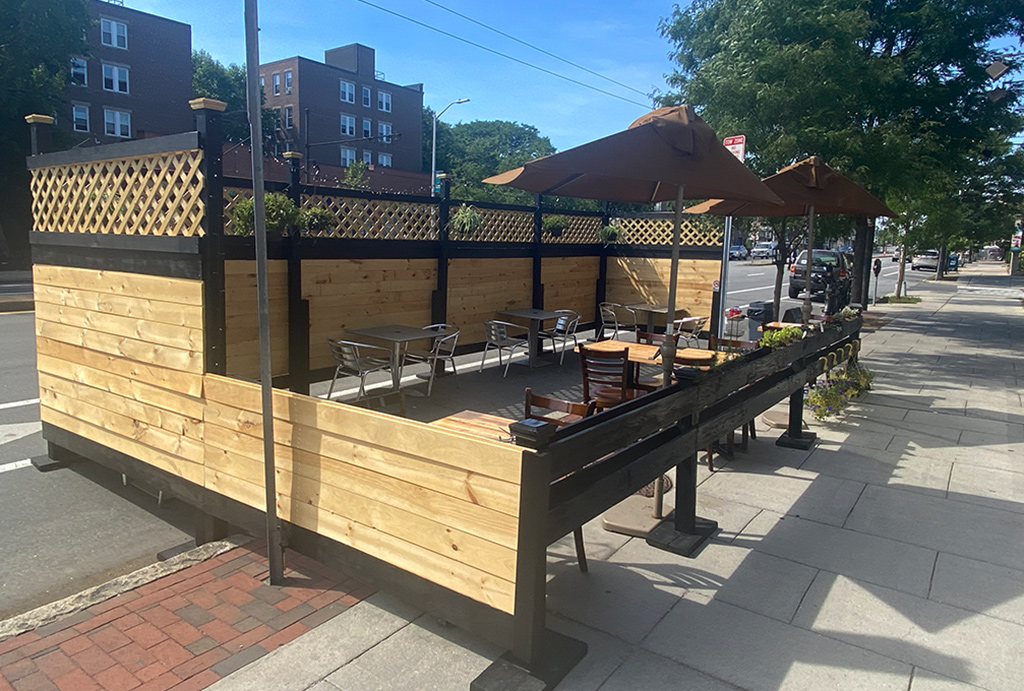 There’s something a bit off-putting about the cement or sand-filled plastic jersey barriers fencing in many of the al fresco dining areas of Inman and Davis squares. Sure, once you’re seated with a glass of wine and good conversation begins to flow, that military/construction vibe falls away; but one thing several restaurants along Massachusetts Avenue north of Harvard Square have done effectively is build out cozy structures that not only provide an intimate space, but also create a sense of distance from the traffic. Urban Hearth and Mix-It are examples, as is The Abbey, which recently erected a high, inviting natural wood enclosure that seats about 20 socially distanced diners, replacing the handful of tables along the building facade that always felt too much in the middle of sidewalk traffic. (And if you wanted lunch, the broad exposure to the sun and reflection off the bar’s big paned windows had you eating and drinking in a supercharged solarium.) It’s the perfect reuse of a scant few parking spaces on the avenue, and a major upgrade for the tavern’s outdoor offerings. The Abbey too has retooled its menu. Rest assured, the spicy bison bolognese, fish and chips and Savenor’s burger are still there, but there’s now more sandwich choices: a juicy, loaded Cubano; a lean, light ham and cheese panini with pickles; and my recent favorite, the grilled chicken sando on ciabatta. The cooks always get the breast filet grilled perfectly, moist and a touch juicy, and the big bang is a subtle but undeniable bacon-onion jam that lets you taste the main ingredients clearly, cut with just the right amount of sweetness. It’s so good you might request it on top of, or on the side of, other dishes on the menu.

What he’s having: A picnic from Urban Hearth, with fried chicken and biscuit that’s not to miss