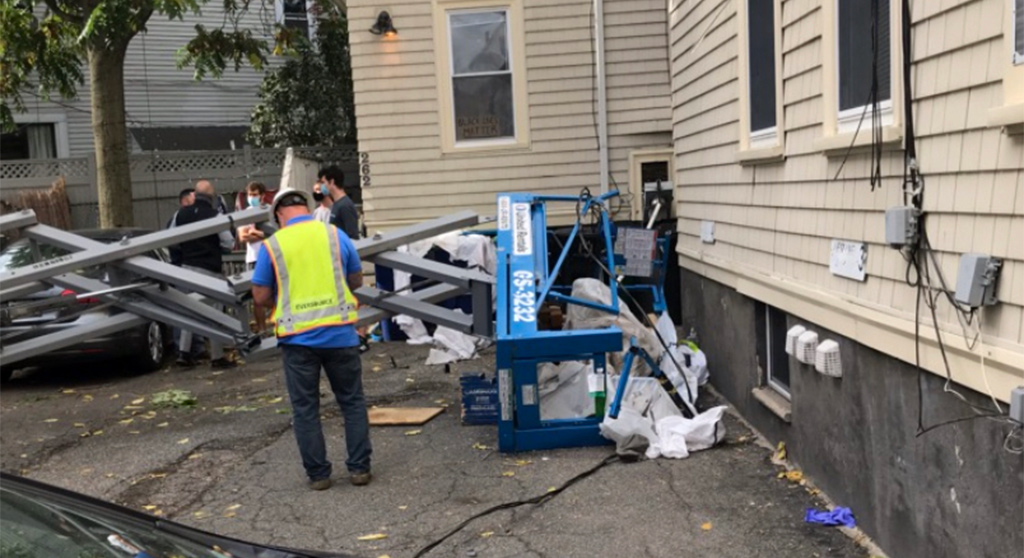 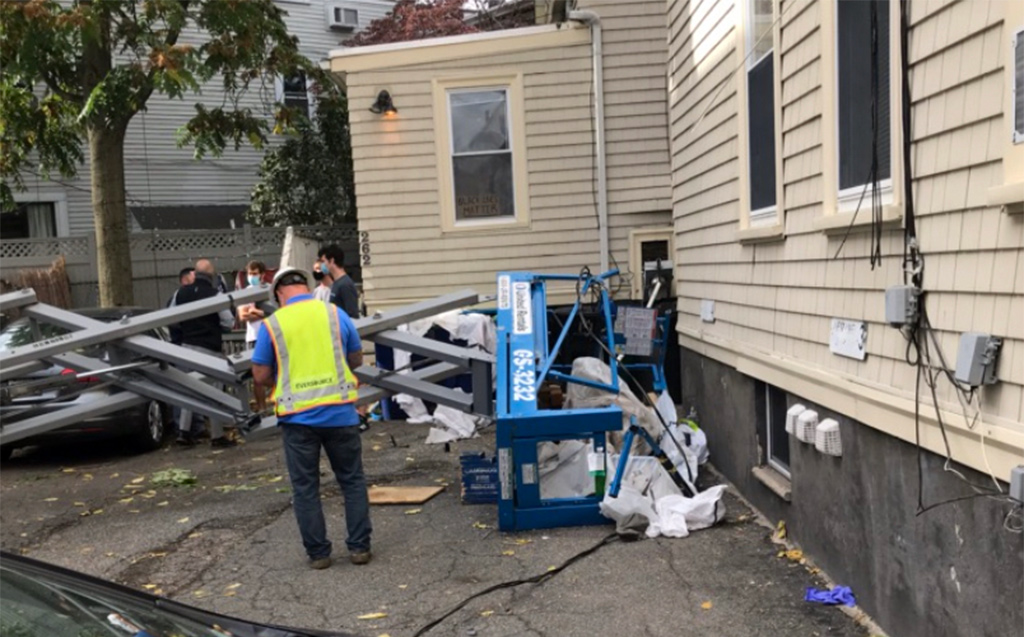 A small lift crane tipped over at around 10:02 a.m. Friday during work at a 258 Hampshire St. triple-decker home, crashing into a parking area by the neighboring building and giving two workers inside at the time a terrifying ride, said Jeremy Warnick, director of communications and media relations for Cambridge police, in a 10:50 a.m. email. The workers, both conscious, were extracted and taken to a local hospital to be treated for their injuries.

One is seriously injured, Warnick said.

The workers were three floors up in the scissor lift, painting a soffit – the underside of the building’s eaves. “The lift tipped over and both were temporarily trapped in the basket of the lift up against the house,” Warnick said.

Officials for the U.S. Occupational Safety and Health Administration remained on the scene investigating as of Friday afternoon, Warnick said.