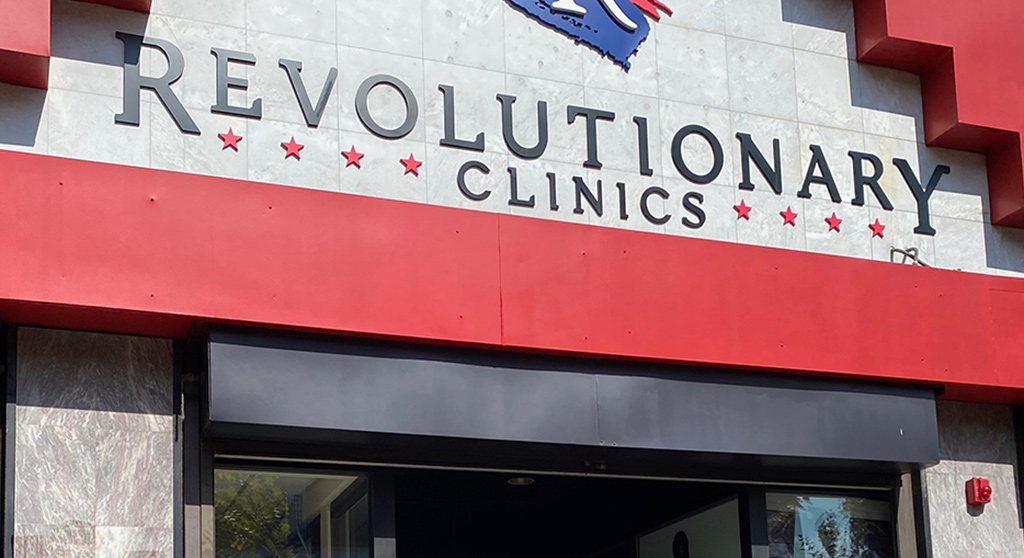 Revolutionary Clinics has been suing to start selling recreational marijuana, such as at its Central Square medicinal marijuana dispensary. (Photo: Marc Levy)

A court decision Thursday brushed off the third attempt to stop Cambridge from giving smaller, minority-led businesses a two-year head start on marijuana sales, while city councillors took a step this week to add delivery-only pot businesses to its law.

Though it saw some hope for its case in February, Revolutionary Clinics – which runs medicinal marijuana dispensaries in Central Square and Alewife where it wants to add sales of adult-use pot – was disappointed by an appeals court judge in April, which called the city’s existing law fair. In August the seller took the case back to the original judge, who this time agreed with the appeals court decision. Then Revolutionary Clinics tried again with a mid-case order called an interlocutory decision that was dismissed Thursday by Associate Justice Diana Maldonado.

Maldonado said she saw no reason to intercede.

“I see no abuse of discretion or error of law in the judge’s decision,” Maldonado wrote, calling the previous judge’s motion “thorough and thoughtful.”

The finding was first reported, with a link to the full ruling, by Grant Smith-Ellis, a host of the “Young Jurks” community affairs and politics podcast.

Meanwhile, councillors are acting on a flaw in the city’s cannabis law: Residents can get their pot delivered – but not from businesses in their own city, which hurts the same local applicants the rest of the law aims to help. On Monday, councillors took the necessary step of moving the amendment onward to its Ordinance Committee for discussion. That committee meeting hasn’t been scheduled.

The city’s head start ends Sept. 23, meaning there is now less than a year to go on the two-year period. With no recreational marijuana seller yet open in Cambridge and months lost to a coronavirus lockdown, vice mayor Alanna Mallon had a reminder for public speakers Monday. The “policy … on the agenda tonight is about cannabis delivery,” Mallon said. “The two-year moratorium period for cannabis applicants is not.”