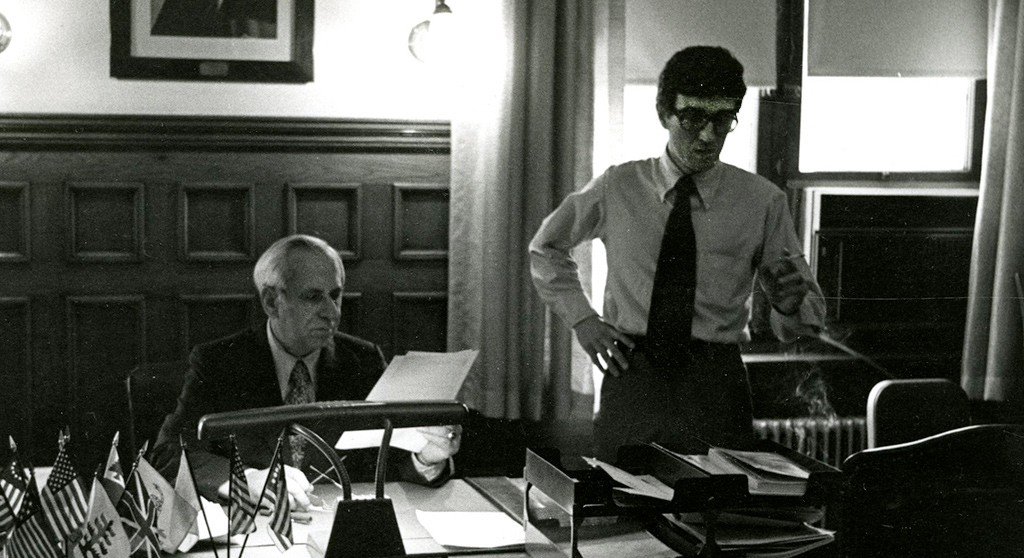 Rich McKinnon, right, is seen in 1976, during a time he worked in the office of mayor Alfred E. Vellucci. (Photo: Cambridge Historical Commission via Flickr)

The death of developer Rich McKinnon was announced late Wednesday on a neighborhood email list. He was 73, and felled by a heart attack, according to the email. 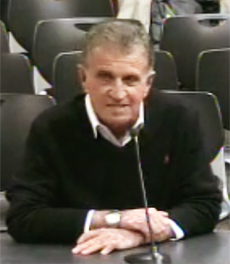 “He always had a big place in his heart for East Cambridge and the people who lived here. He was loved and will be greatly missed by many,” said Chuck Hinds, president of the East Cambridge Planning Team.

McKinnon grew up in Cambridge and led his business here as well. As head of The McKinnon Co., he built big projects that helped define – and redefine – Cambridge, a few of which include (with Steve Karp of New England Development) the 2 million-square-feet CambridgeSide mall; the 236-room Hotel Marlowe; the 200,000-square-foot Monitor Building on Canal Park; 1.3 million square feet of North Point Center; the Harvard Square post office building; the 227-apartment Residences at Alewife, which replaced the long defunct Faces nightclub on Route 2; and the nearby 254-unit residential development at 88 CambridgePark Drive. He built Cambridge Place in Kendall Square, and permitted the space that included the Smithsonian Astrophysical Observatory.

In addition to building much of the Cambridge Crossing neighborhood, starting from when it was still being formed as NorthPoint, he lived there on Leighton Street.

School Committee member Fred Fantini, a lifelong friend of McKinnon – they grew up on the same street – said late Wednesday that he was “a dear friend, the kind of a friend who was always there to help. You could call him at any time,” and a man for whom his family, including a son who still lives in Cambridge, daughter and grandchildren, “meant everything.”

“He was my quarterback when I played football for CRLS – a great quarterback – and incredibly smart,” Fantini said, recalling him almost graduated from Harvard and going on to work as chief of staff for then mayor Alfred E. Vellucci. According to the biography from a 2016 symposium McKinnon moderated on “The Future of Cambridge,” from 1975 to 1983 he served for two terms as chief of staff to the entire City Council and went on to serve two additional terms as aide to Vellucci.

“He loved Cambridge, loved everything about it,” Fantini said.

Funeral arrangements would be announced as soon as they were known, Hinds said.