Vote stalls, days from ending in-person learning, over a lack of diversity in deciding Covid metrics 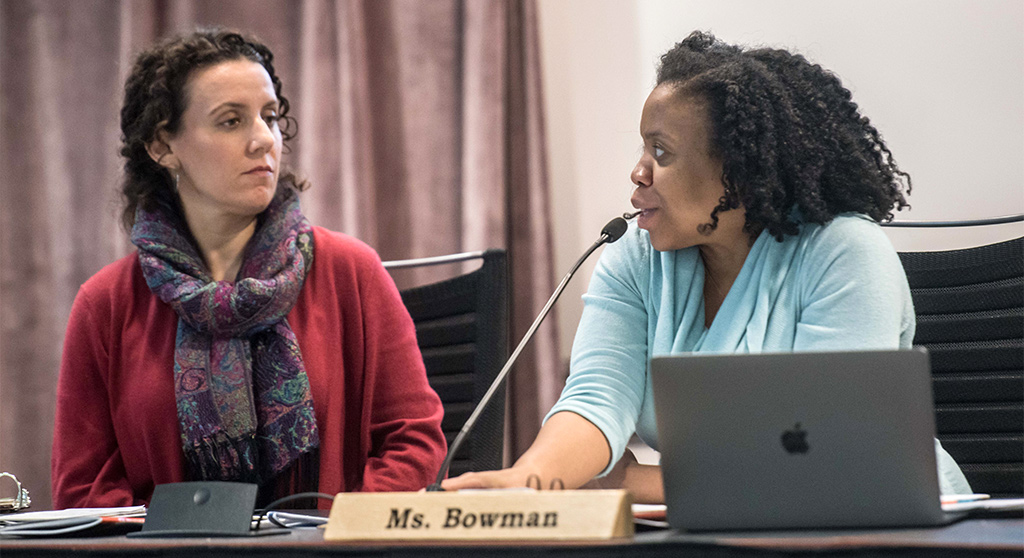 Vote stalls, days from ending in-person learning, over a lack of diversity in deciding Covid metrics

The second of three metrics Cambridge Public Schools use to monitor Covid-19 cases has crossed the threshold to trigger the closing of in-person learning unless the School Committee adopts new metrics that use Cambridge-centric data at its meeting Thursday. That will mean also resolving issues regarding inclusion in the decision process.

The vote on moving from a regional to a Cambridge-centric set of metrics was postponed Nov. 5 by committee members concerned that communities of color have not had their voices heard by the city, committee and district during the design and decision processes.

A district meeting to discuss the impact of Covid-19 on schools with the coalitions was postponed last week, leading some committee members to question the commitment to including diverse voices in decision-making.

The proposed discussion of metrics with the groups was postponed because it should be a public meeting, Mayor Sumbul Siddiqui said.

“I view adopting the recommended revisions to the metrics, and elevating the voices and roles of our communities of color, as not mutually exclusive things,” Siddiqui said.

“We can’t say this metric is more urgent”

Member Rachel Weinstein said that while she has has no issue with the science, or the desire to move the focus to local metrics, she feels the process is exclusionary.

“Since August, the Educators of Color Coalition, the Cambridge Families of Color Coalition and allies have been demanding to be centered in this conversation,” yet after three months the district and its panel of advisers around coronavirus issues have not met with the groups, who represent community members who have been most affected by Covid-19, Weinstein said. She organized a meeting, but when “the planning group appeared too big to a few people in power, they move to shut it down.”

“One of our very first motions as a committee was to prioritize becoming an anti-racist district,” Weinstein said. “That means we can’t say this metric is more urgent than building trust with people of color in our school community. The majority of our students are people of color, and there are a multitude of perspectives within our school community within every single community of color within our body. But we haven’t even sought them out, even from those groups that organized.”

Due to the lack of inclusion, she would not vote to adopt the proposed metrics, she said.

“I have to vote no, not because I think the metrics are unsound, but because I need to register in a new way,” said Weinstein, adding that she can’t in good conscience also continue to approve proposals with contingencies for anti-racism if the contingencies aren’t acted upon.

Member Ayesha Wilson supported Weinstein’s position. “Although the EOCC and the CFCC may not speak to every person of color, or every educator of color, they are an organized body,” Wilson said.

The district’s panel of expert advisers around coronavirus issues, all parents in the district, are Dr. Bradley Bernstein, of Massachusetts General Hospital and the Broad Institute of MIT and Harvard; Jill Crittenden, of the Massachusetts Institute of Technology and co-chair of the city’s Expert Advisory Panel on coronavirus; Keith Marzilli Ericson, of Boston University’s Questrom School of Business; Helen Jenkins, of Boston University’s School of Public Health; and Jamie Lichtenstein, of Emerson College.

“I greatly appreciate you all for collaborating and doing your work. But my problem is that you all are all white individuals,” Wilson said to the panel. “I want to ask you, and push you, to find epidemiologists of color to join forces with you and be a part of this conversation as well.”

Vice chair Manikka Bowman noted that while the expert panel is mainly white, and that representation does fundamentally matter, the chair of the committee’s building and grounds subcommittee is Jose Luis Rojas Villarreal, a person of color. The new metrics were presented to his subcommittee Oct. 30, and he ran the process putting them before the full committee Nov. 5.

Member David Weinstein (no relation to Rachel Weinstein) said the metrics should not be revised until a co-design process with educators, caregivers and scholars of color is implemented, though.

Siddiqui also agreed that the committee needs to be better at opening up the decision-making process, acknowledged mistakes and said she would make amends. While experts of color have been involved, it was a mistake that an epidemiologist of color did not serve on the expert panel, she said.

“I do want to apologize to those who feel that it wasn’t this wasn’t being prioritized,” Siddiqui said. “It’s very important to elevate as many voices and roles of our communities of color as possible, so I support where we are with the recommended metrics with the notion that I know there’s more to come, a lot of takeaways about process that will be improved.”

The support for delay brought the committee to the special Thursday meeting. a students affected by the possible end of in-person learning Tuesday are students from junior kindergarten through first grade; select students from grades 2 and 3; and students with special needs and English-language learners.