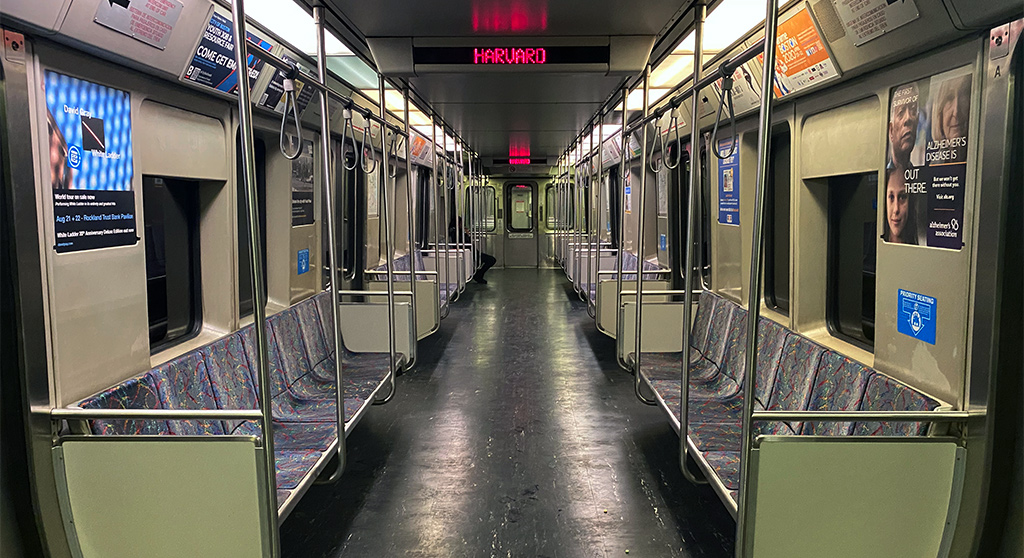 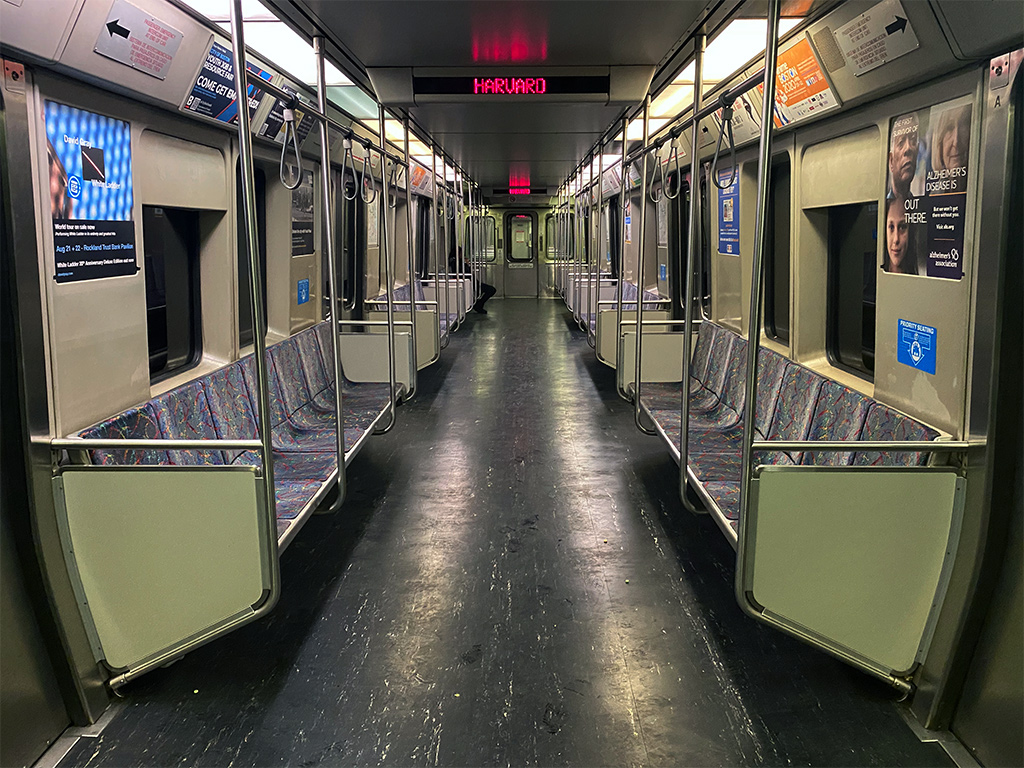 A lone rider occupies a Harvard-bound train in March after the arrival of coronavirus. (Photo: Marc Levy)

The MBTA has signaled it could scale back plans to significantly cut service after public outcry and its own advisory board suggested the cuts were not justified. While it did not give details about the scaled-back plans, the agency said this week that it was deferring the presentation of the first round of cuts by a week, to a Monday meeting.

General manager Steve Poftak indicated on Monday that the MBTA now recommends pushing further service level decisions to the next budgeting cycle “where it’s feasible to have that flexibility.” That cycle will run from February and through May 2021, according to slides released by the transit agency.

By pushing decisions down the road, the MBTA acknowledged a rapidly developing public health and political situation with a surge of Covid-19 cases and a vaccination effort expected to start as soon as next week. “We are continuing to track information about vaccination,” Poftak said. “There is also more optimism around a federal stimulus bill.”

Responding to criticism that its budget projects were too pessimistic about the potential for a vaccine to increase rider demand, the MBTA now includes an optimistic scenario in its look ahead in which a vaccine leads to a “return to normal” in July and brings a projected $68 million in additional fares, helping plug holes in the budget.

All budget scenarios considered by the transit agency still lead to ridership below levels seen before the pandemic, though, due to an increase in people working from home. But existing measures have created a more than $230 million surplus for the current fiscal year that MBTA officials have earmarked for next year to cover some operating deficits.

Current ridership levels are under the most pessimistic projections, and service cuts could still go into effect, MBTA officials said. It remains unclear what level of service will be discussed next, given the last-minute change announced Monday.