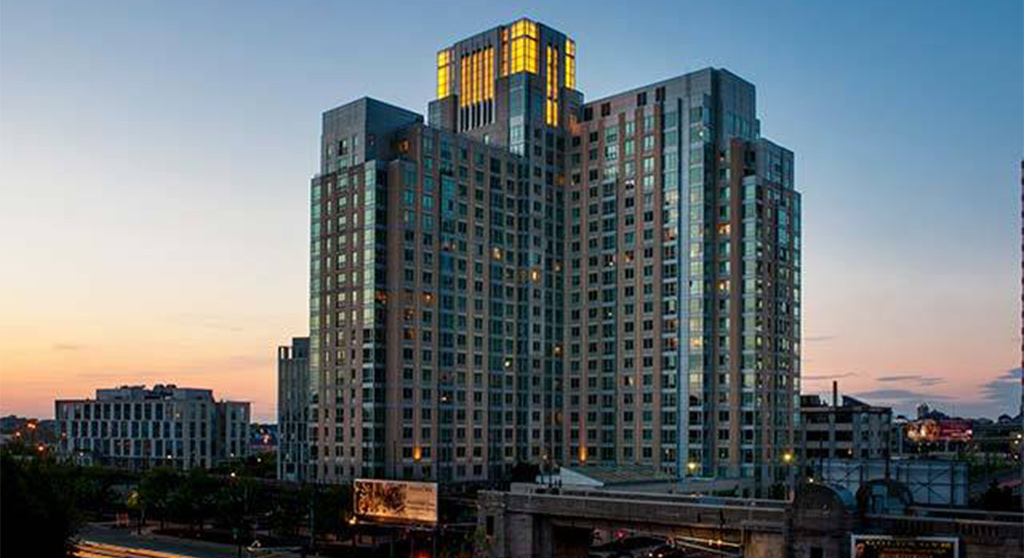 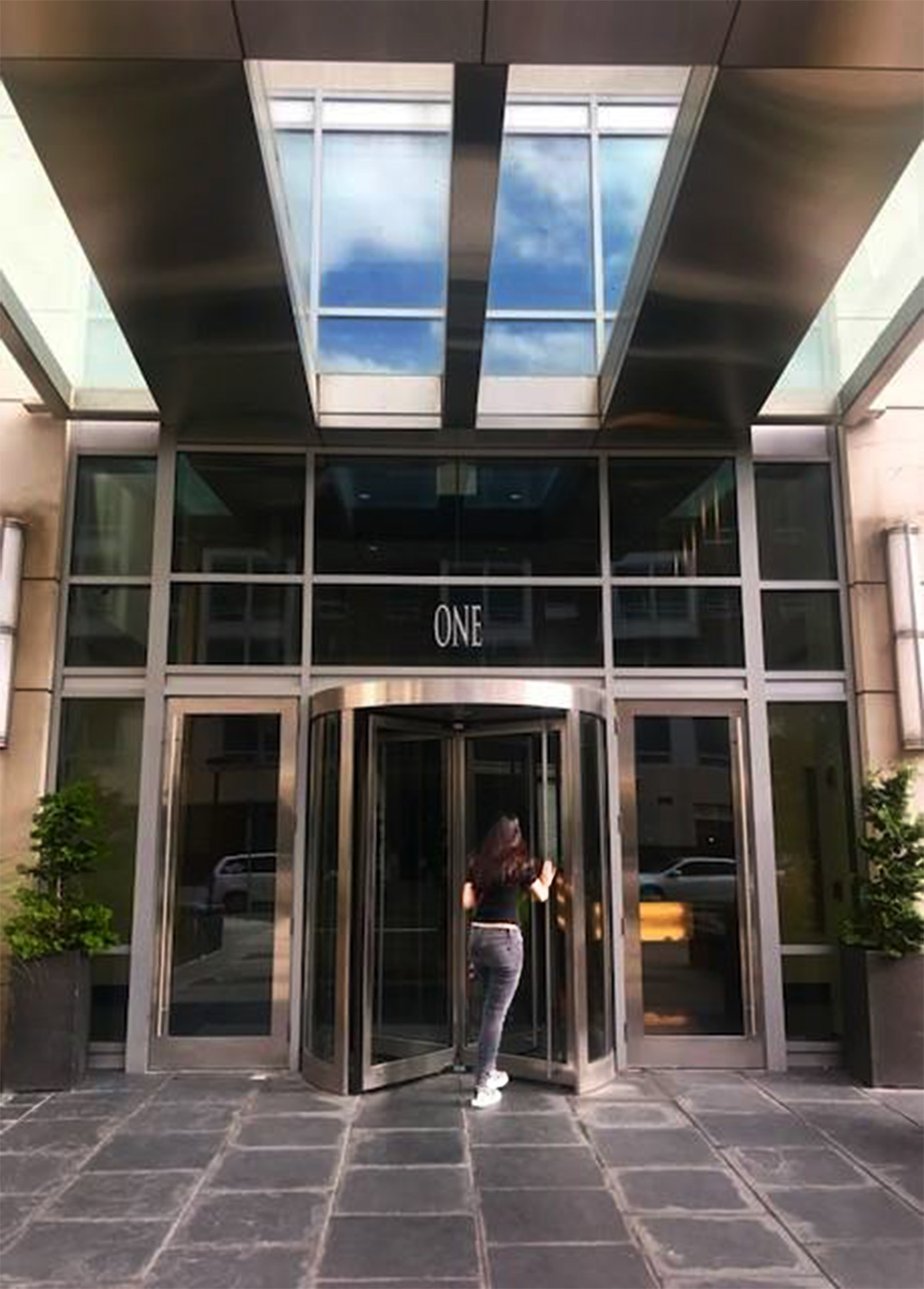 Avalon North Point, a luxury apartment complex in the Cambridge Crossing neighborhood, filed 16 eviction cases against 28 tenants in November, at least some of them alleging that the tenants violated Covid-19 restrictions. All but three tenants agreed to pay $250 and leave, according to a court docket report. The apartment complex has also drawn attention as the site of crowded “party buses” where unmasked young people were seen boarding vans on weekend nights in November, before Cambridge police ended the activity.

The evicted tenants didn’t have lawyers and could not be found over the weekend or Monday. At least some are college students who may have left for the Thanksgiving and Christmas holidays. The lawyer for Avalon North Point, Andrew Kepple, didn’t respond to two voicemail messages left Friday and Monday; officials at Avalon Bay Communities, which operates the apartment complex, didn’t reply to voicemail messages Monday. Tenant lawyers who have seen the court papers – non-lawyers can’t access them online – said they allege violations of Covid-19 rules, in particular the limit on the number of people who can gather indoors.

The filings are among 40 eviction cases brought in Cambridge since the state eviction moratorium ended Oct. 17, most of them for nonpayment of rent, according to court records. Cambridge’s own eviction moratorium remains in place, but bans landlords only from carrying out an eviction order – not from filing a case. The U.S. Centers for Disease Control and Prevention also prohibits evictions through Dec. 31, but tenants must meet certain requirements and notify landlords; Cambridge tenants haven’t made much use of the federal ban, Maura Pensak, housing liaison to the city manager, said Monday. 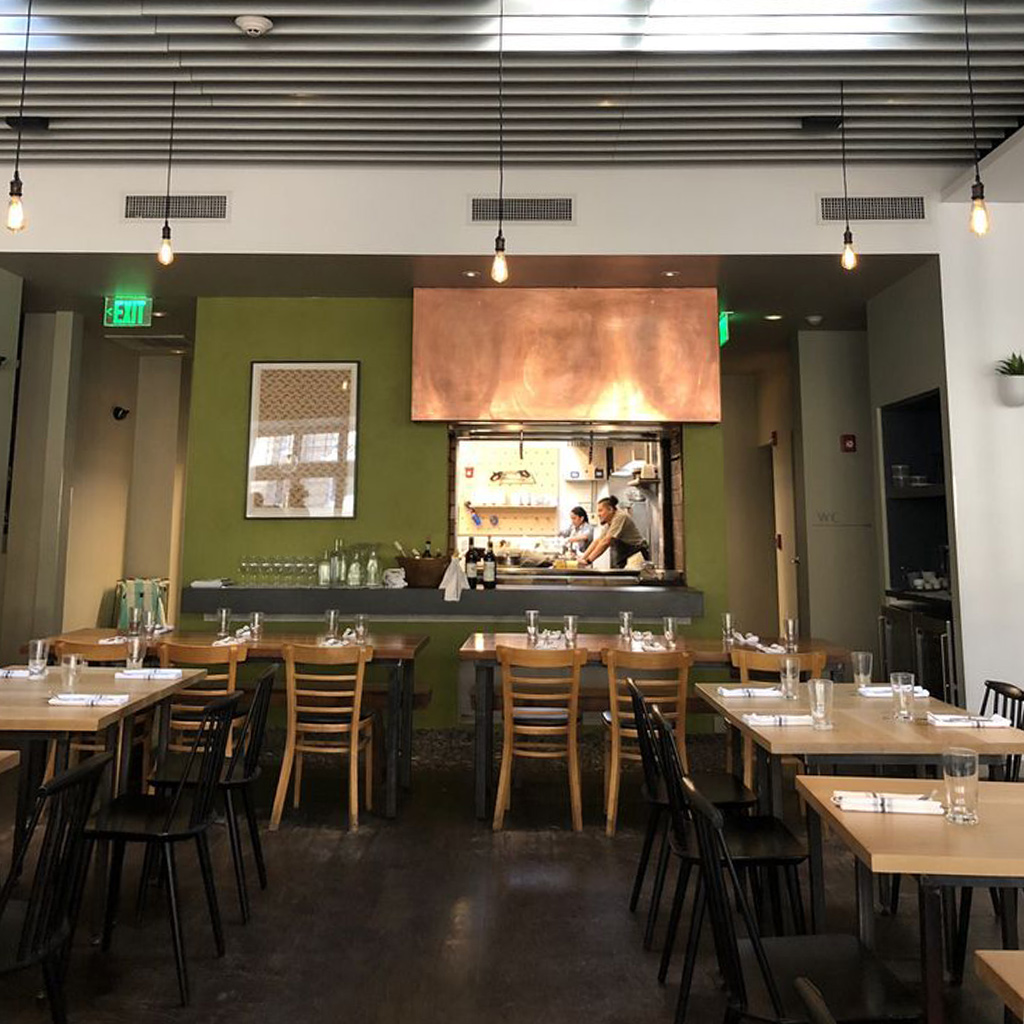 Luce, seen in 2019, hasn’t been open during the coronavirus pandemic. (Photo: Jessica C. via Yelp)

The economic effect of the pandemic is also starting to show up in commercial evictions. One case filed in Cambridge District Court on Nov. 2 names the address of Hi-Rise Bread Co. at 208 Concord Ave. The defendant is Lulu Cuisine; the company’s manager is Rene Becker, the owner of the bakery. Becker didn’t answer an email Monday seeking information about the filing.

Update on Dec. 15, 2020: On Tuesday, Rene Becker and Cynthia Harney Becker clarified that “there is no eviction notice that would affect the Hi-Rise Bread Co.,” and that the issue was Luce, the restaurant at 1 Shepard St., which has been closed since late March due to complications arising from the pandemic. “I have been negotiating with the landlord to reopen the restaurant with a unique operating plan,” Rene Becker said.

A Los Angeles real estate investment and management company, American Realty Advisors, represents the owner of 127 Smith Place, which houses a gym, trucking companies and several other small companies, as well as some residential tenants. The landlord has filed cases against four tenants, including electrician Brad Sonia’s company, New England Dynamics. “I fell behind before Covid, then Covid hit. It’s been a disaster,” Sonia said Monday. Much of his business came from restaurants, and the homeowners he served were reluctant to have him come into their houses after the virus arrived, Sonia said.

Asked whether he had plans, Sonia said: “Not really. Just kind of weather the storm. This vaccine is coming up and hopefully it picks up.” For now, he remains at 127 Smith Place because “I have no place to go,” he said. Sonia said he was not aware that the city’s eviction moratorium applies to commercial as well as residential tenants.

Jay Butterfield, a spokesman for American Realty Advisors, declined to answer questions, saying: “We don’t comment on any investment properties, but I appreciate the call. Goodbye.”

While the number of eviction cases in Cambridge is lower than in other cities, lawyers for low-income tenants said they expect an increase starting January. Courtney Libon, housing and disability supervising attorney at the legal assistance nonprofit DeNovo, said that because of the CDC moratorium, “short-term, voluntary pledges by some landlords to hold off on evictions, and required pre-court notices that are only just expiring, we have not yet seen the full extent of the eviction crisis in the court system. Unless additional tenant protections are implemented on a state or federal level, I expect that there will be many more eviction filings in Cambridge in the new year.”

Susan Hegel of Cambridge and Somerville Legal Services said landlords must wait 30 days after filing notice of eviction before going to court, so some cases haven’t shown up in court dockets. Nevertheless, the pandemic is hurting low-paid renters, she said. “The people we’re seeing were in the hospital field, casino event planning for hotels, housekeeping, restaurants, even working for the T, where there was a lot of exposure.”

“They were furloughed and then laid off,” she said. “With remote schooling, they can’t get another job even if there is one. People didn’t know how long this would last.”

“We haven’t seen the big surge in Cambridge so far because Cambridge has been fairly proactive in reaching out to people,” she said.

The city allocated $1.2 million since July in the first round of aid to help 245 tenants stay in their homes, and is adding $928,000 to the fund. It pays six months of rent to tenants whose rent is more than 40 percent of their income. The Cambridge Housing Authority and other affordable housing providers “work hard to contact folks to make sure they have all the resources available to address any arrears they may have,” said Pensak, the city’s point person for tenant help. She said some large management companies signed a pledge that they would avoid filing eviction cases, which can damage a tenants’ credit and hamper their ability to find another place to rent even if they win their eviction case.

Since Oct. 14, all landlords in Cambridge have been required to give new tenants or those facing eviction a five-page guide describing the eviction process and listing ways to get help, Pensak said. “We will work in concert with [affordable housing] providers and management companies to let people know there are services,” she said.