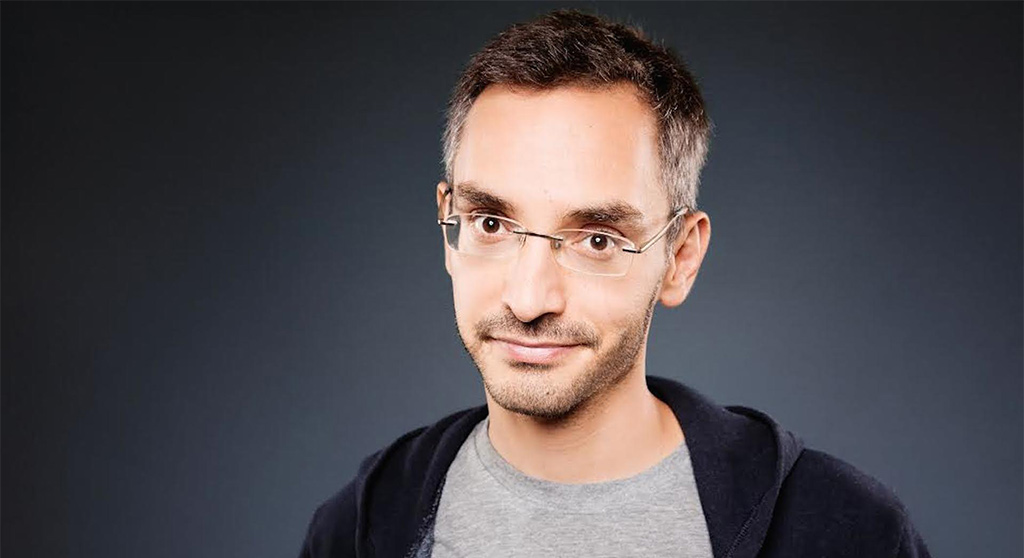 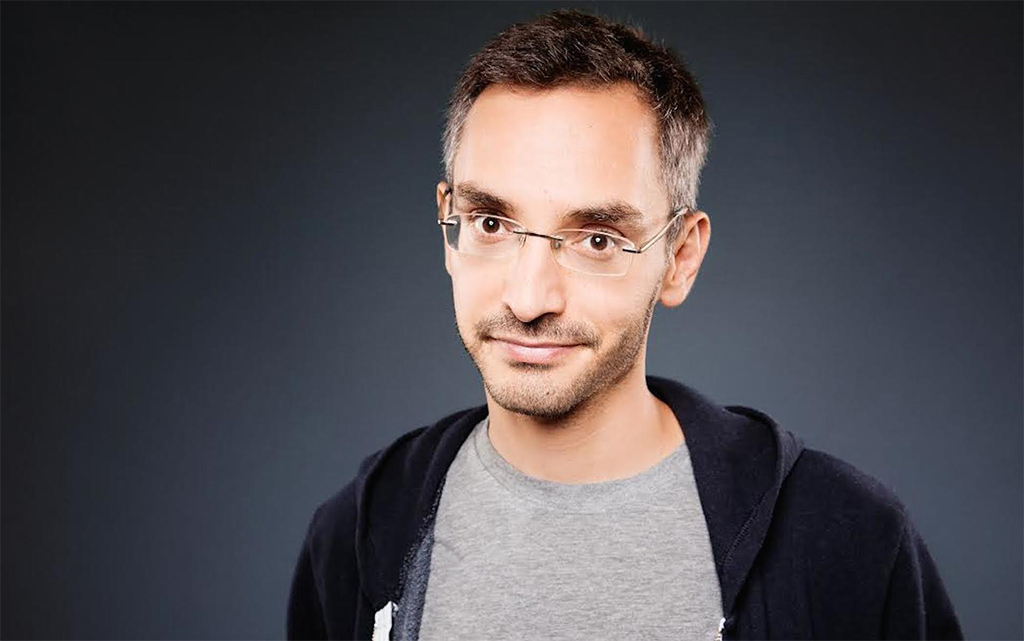 Boston expat comedian Myq Kaplan has signed on as co-host of the weekly “Comedy Studio Podcast” produced out of the Union Square, Somerville, comedy club, replacing the outgoing Eli Levy.

After Levy gave notice this month to focus on his Twitch and YouTube channels, frequent guest Kaplan was told his Dec. 15 podcast appearance was a stealth tryout for the role. Tuesday’s episode was “Myq’s Callback Audition,” and it ended with lead host Danny Hatch offering him a “contract” for the free gig – and Kaplan accepting, with a stipulation.

“My only reservation is the show seems like it is hosted by and, all the times that I’ve been on it, guested by white men. I guess if I were given the job, I would encourage us to reach outward and have more more folks that don’t look just like us,” Kaplan said. “Like, once Eli’s gone, we’ll all have glasses.”

Though the point was made with plenty of banter, Kaplan was serious, and cited Bethany Van Delft, Corey Manning and Chris Tabb as examples of guests that could add more diversity to a roster where Hatch, Levy and Comedy Studio owner Rick Jenkins have been the regulars – an all-white and all-male crew since the departure of co-host Sasha Go in late 2019. But Van Delft was already scheduled as next week’s guest, Levy noted. (“I’m really turning things around,” Kaplan said.)

The banter switched from the podcast to Comedy Studio, where Jenkins quipped that another group had significant representation: “It was brought up that aside from the shows I host, all the other shows are middle-aged white women,” Jenkins said.

Concerns around inclusion and representation aren’t unique to Kaplan and The Comedy Studio. Kristie LaSalle, chair of ImprovBoston’s board of directors, said Tuesday that the club planned to return from its hiatus with diversity and inclusion initiatives in place “so that when we do come back, we come back better.”

The other observation Kaplan made about joining the podcast was how he would balance Jenkins’ tendency to talk about comedy as an art and industry and Hatch’s goal of having a funny show. “It’s really a beautiful relationship,” Kaplan said.

Kaplan’s comedy has always been intellectual verging on nerdy, delighting in wordplay and poking fun at his own lifestyle choices, such as veganism, psychotropic drug use, polyamory and a polite rejection of child-rearing. In coronavirus quarantine in New York, he’s grown a fierce swinger’s mustache and his podcast hosting has mushroomed – though he ended “Hang Out with Me” in 2018, he guests frequently and runs “Broccoli & Ice Cream” (a two-parter with guests talking about work and play, with one part reserved for paying listeners) and “The Faucet” (stream of consciousness ramblings). The Comedy Studio gig, recorded Tuesdays, will be his third.

“The Comedy Studio Podcast” has a final show planned for next week as Levy departs and Kaplan begins co-hosting formally; and then a January break.

This post was updated Dec. 25, 2020, to remove context to a quote from the podcast that could be deemed offensive and add context to a transition.