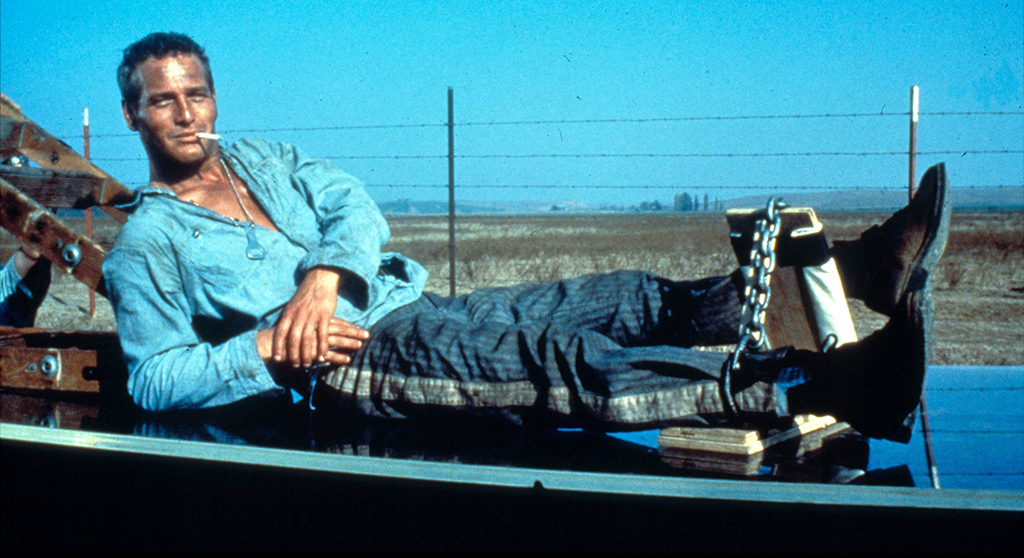 Virtual Screenings at the Brattle Theater

As part of its recent Brattlelite rebranding and expanded virtual offerings, The Brattle Theatre – which just won the Film Heritage Award from the National Society of Film Critics – is showing “Acasa, My Home” (2020), director Radu Ciorniciuc’s chronicle of a Romanian family forced to relocate to the big city after eviction from a remote marsh earmarked to be turned into a state park. Arriving Friday is Ousmane Sembene’s “Black Girl” (1966), the story of a Senegalese nursemaid whisked off to France by white employers, where the power dynamics shift sharply. The film is based on Sembene’s novella, steeped in a colonialist racism that feels hauntingly true now. “Black Girl,” which marked Sembene’s directorial debut, was one of the first African films to gain international recognition, and made Sembene one of the first internationally recognized African filmmakers. His follow-up, “Mandabi” (“The Money Order,” 1968), which also articulates far-reaching culture plays between Senegal and Paris, plays next Friday as well. (Tom Meek)

James Toback is an interesting gent: a Harvard grad and perhaps the most #MeToo-tagged filmmaker aside from Harvey Weinstein. He spent most of his young adulthood as a houseboy/journalist living with Jim Brown orchestrating orgies – according to his own book – and shot the tepid gambler movie, “Harvard Man” (2001) around Harvard Square and the banks of the Charles River. But that’s not why I bring up Toback (whose other notable works as writer and director include “The Gambler,” “Bugsy” and “Two Girls and a Guy”) or his first film as a director, “Fingers,” starring Harvey Keitel as jazz pianist and mob enforcer; it’s because that film also starred a young Tanya Roberts as a comely ingenue caught in the crossfire. Roberts, who died last week, was best known for her clean-up role in the “Charlie’s Angels” TV series and as a Bond girl in the very mediocre “A View to a Kill” (1985). She never shone as fully as she did here; granted, it’s a small and highly sexualized part, but she holds her own against a simmering Keitel, who feels like a caged tiger in the scene. Most of her other films, including “Sheena” (1984) and “The Beastmaster” (1982), fell into light genre. Toback’s edgy crime drama walks a fine line, its graphic nature hard to shake in light of recent revelations, but it remains provocative, and of course, also stars Jim Brown as a sexual dynamo named Dreems. Available on Xfinity Demand. (Tom Meek)

I’m not sure who’s more tired, Liam Neeson playing another old war vet/cop/special-ops guy getting it up to beat the snot out of a bunch of rowdy upstarts or me, having to sit through another round of the same gummy mulch. I like Neeson, I swear, but after the “Taken” films, “The Commuter” (2018) and last year’s “The Honest Thief” – shot in and around our beloved Boston – I just can’t take it any more. I’m weary, browbeaten and I know how it ends; yet here we go again with Neeson, a former commando living along Trump’s borderline in the Southwest, sometimes calling in the illegals and sometimes giving them a canteen of water. In one moment of humanity, he breaks his line of distance-maintaining neutrality and takes in an orphaned boy (after his mother is gunned down). That gets him in it deep: The kid is marked by drug cartel baddies, and they’ll stop at nothing to get him, including putting half the law enforcement along the gantlet to safe haven in Chicago on the take. A slight cut above “The Honest Thief.” Not yet streaming. (Tom Meek)

Lance Oppenheim’s documentary is a stark delve inside The Villages, the biggest retirement community in Florida, where a Disney World-like atmosphere pervades – tiki bars, margaritas and golf cart aerobics. Not all is as it looks; one woman from Massachusetts reports she’s on her last dollars and may have to head back north, while a senior gent (a handyman to President Gerald Ford), broke and living in a van, tries to woo a rich woman to take him in. It’s a Day-Glo exposé of loneliness, desperation and hope in the green garden of paradise as the clock ticks down. Available on demand. (Tom Meek)

Clearly inspired by the work of Terrence Malick, Director Renji Philip’s “The Wake of Light” is little more than a highlight reel for some truly stunning cinematography. The hollow narrative follows a woman who has given much of her life to take care of a father who suffered a stroke when she was young, trying to play to her flights of fantasy when charmed by a young man traveling through her small town. Leads Rome Brooks and Matt Bush try to kindle chemistry, but their relationship is built on too thin a background and too little insight to ignite anything effective. At only 80 minutes, the film tries desperately to mean something, with long takes of Brooks’ character wandering the woods or walking through the ocean as the camera views her from ground level, her somber voiceover trying to grant the film gravitas it doesn’t possess. Written and directed by Philip, the trouble doesn’t lie in the clear message of the film itself, about found friendship, cutting ties with past traumas and living life to the fullest, but in the execution. Not yet streaming. (Allyson Johnson)

Eric Schultz’s lo-fi psycho-thriller rides the paranoid rails of its protagonist Ethan (Sathya Sridharan), a neuroscientist who’s created a device (the R10) that can isolate sections of the brain affecting emotions or behavior. Sounds great if you can bottle up the high times, but Ethan’s got a few personal dramas he’s working through, and when he decides to experiment on himself the results aren’t quite what you’d think. What ensues are mostly blackouts, with Ethan working backward to figure things out. Thankfully Ethan’s ex and fellow scientist Alli (Paton Ashbrook) is on tap to keep him (and us) rooted. The film’s embossed with a distinct “Memento” (2000) vibe, with all the rewinds and revelations. To add to the mind-twisting ordeal, Ethan’s white knight partner in the endeavor pops up from time to time to help roil reality. It’s a lot of smoke and mist, sometime moody and sometime overly manipulative. Available on demand. (Tom Meek)

Paranoid induction, Part II. Like Amy Seimetz’s surprising arthouse psychodrama “She Dies Tomorrow” (and to a lesser degree “Minor Premise” above) Alex Knapp’s is all about the heightened state of Adam (Knapp himself, who looks like a shaggy Edward Norton) who thinks he’s the last man on earth. Is he or isn’t he? Hard to tell, though clues are layered in throughout. The film’s quite well shot, especially for its lo-fi roots; the problem is that Adam’s not that interesting of a guy, and the flashback memories (maybe Alex needs to team with Ethan from “Premise”) doesn’t really help deepen him. In the end, it feels quite meta without any punch. If you want a great, small last-man-on-earth film, check out Geoff Murphy’s “The Quiet Earth” (1985). Available on demand through Google Play, Vudu or Amazon Prime. (Tom Meek)

In my mind, the most defining role of Paul Newman’s long, illustrious career, and one of the great antihero films told with cruel wit – a black comedy if ever there was one. The film about cons on West Virginia chain gang was inspired by and cowritten by an ex-con (Donn Pearce). The film’s signature bits may be Strother Martin’s “What we have here is a failure to communicate,” the menacing mirrored glasses of the “walking boss” and Lalo Schifrin’s free-spirited, Southern-fried score (he did the “Mission Impossible” theme music too) but none of it flies without Newman’s irrepressible Luke or George Kennedy’s menacing tagalong. It’s the saga of a will that just won’t quit. Newman and Kennedy were nominated for Oscars, and Kennedy won. An all-time classic that pleasingly just landed on Netflix. (Tom Meek)

This post was updated Jan. 18, 2021, to correct that “Cool Hand Luke” is streaming on Netflix; another service was named incorrectly.