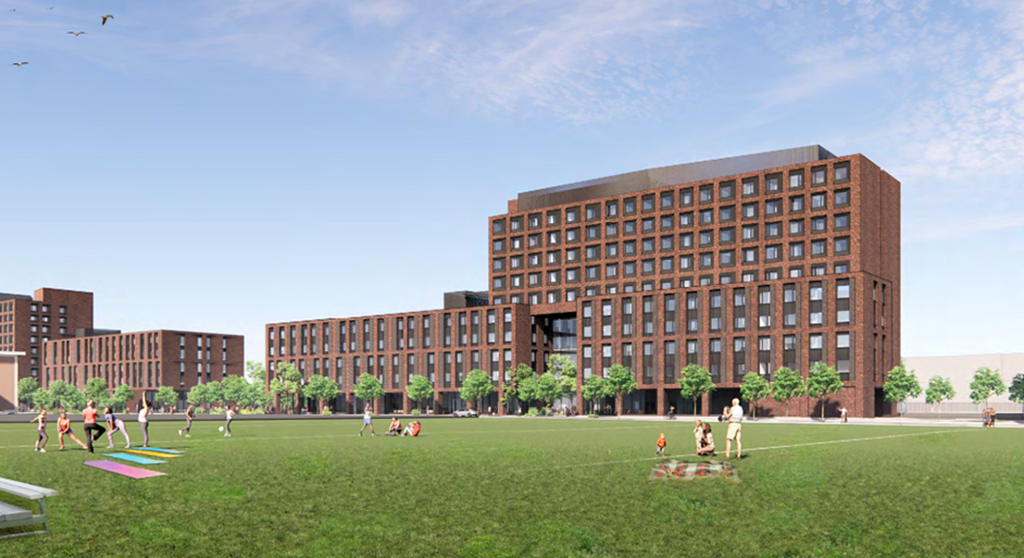 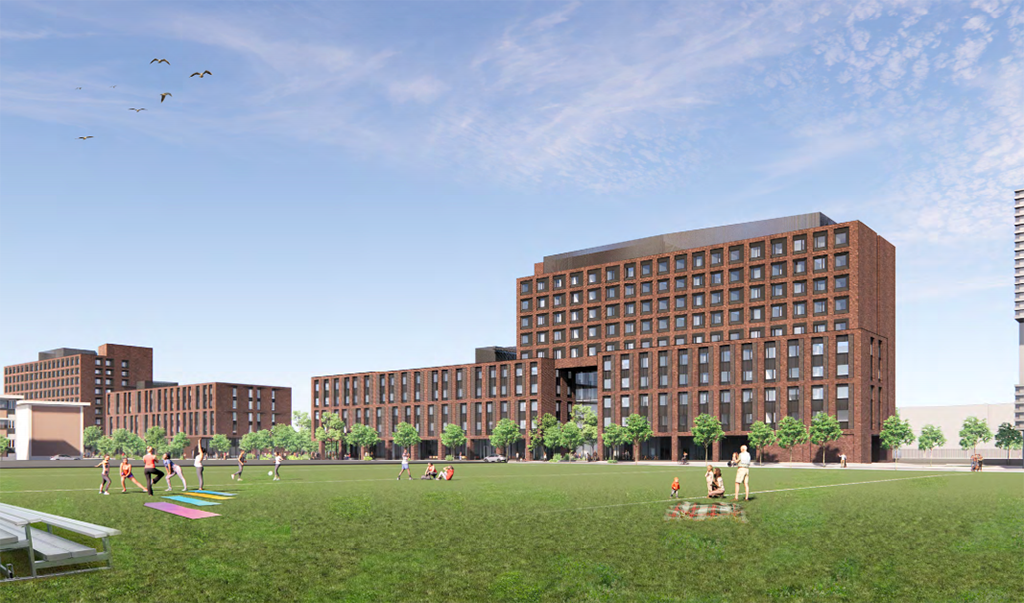 An initial rendering of graduate student dorms proposed by the Massachusetts Institute of Technology. (Image: Bldup)

The Massachusetts Institute of Technology has submitted plans for a Vassar Street dorm to serve 690 graduate students, taking up 327,000 square feet and 10 stories over two buildings around a large central plaza, according to Bldup, a development-tracking platform.

The project, proposed for 269-301 Vassar St., Area II, and identified so far as the MIT West Vassar Dorm, is across from the school’s Briggs Field and would replace a surface parking lot and the campus police station. Just two weeks ago the institute presented plans for its College of Computing at 51 Vassar St.

The institute is developing the project with American Campus Communities to “allow MIT the financial flexibility and resources necessary to expand bed capacity and expedite capital renewal improvements,” Bldup said. Construction could begin this year or in 2022.

In development news related to Cambridge, if not directly affecting it: