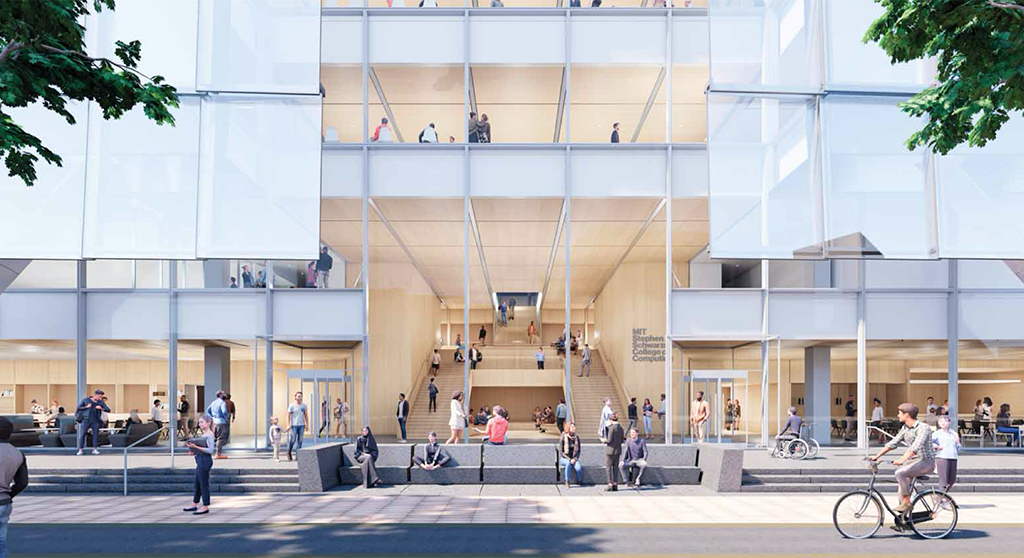 The College of Computing at the Massachusetts Institute of Technology is designed by Skidmore Owings & Merrill.

Plans were released this week for the building that will house a College of Computing at the Massachusetts Institute of Technology – an eight-story, 120-foot structure of 174,000 square feet coming to 51 Vassar St., Area II, replacing the institute’s distinctive Cyclotron Building. Demolition on that structure, also known as Building 44, began in September.

Completion of the headquarters is expected in 2023. It’s the final step in a $1.1 billion initiative that began taking shape just in October 2018 with a $350 million gift from Stephen Schwarzman, chairman of the asset management firm Blackstone. The college became a priority when MIT leaders saw historically high numbers of students declaring majors and choosing classes in computer science, according to materials from the college. 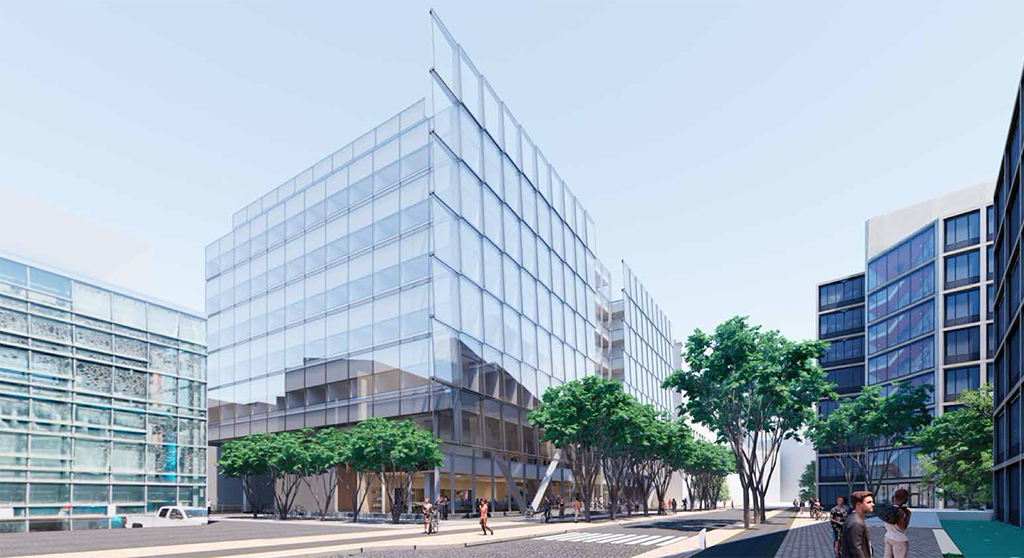 “The building will provide state-of-the-art space for computing education and research. It will also serve as a nexus for interdisciplinary work, engaging computer scientists as well as faculty and students in sciences and engineering, architecture and urban planning, business management, and the humanities and the arts,” according to online materials. “We expect the MIT Schwarzman College of Computing will become a convening force for research and scholarship on societal responsibilities of computing and AI,” or artificial intelligence.

The building will include offices for new faculty – the college is hiring 50, though half will be shared with other departments. Also in the building: space for research groups, labs, open and closed community and meeting spaces, two classrooms, a street-level café and possibly event space, Kristina Chen reported in The Tech, the institute’s student newspaper.

As designed by Skidmore Owings & Merrill, the building has a couple of distinctive features, including a front of translucent baffles taller and wider than the main structure itself, divided at its central entrance and stairwell and revealing a section of each floor above it. At the rear, the building is suspended by columns over train tracks.

The week’s development moves also included some companies that are giant in Cambridge but are making giant moves in Boston, Bldup reported: