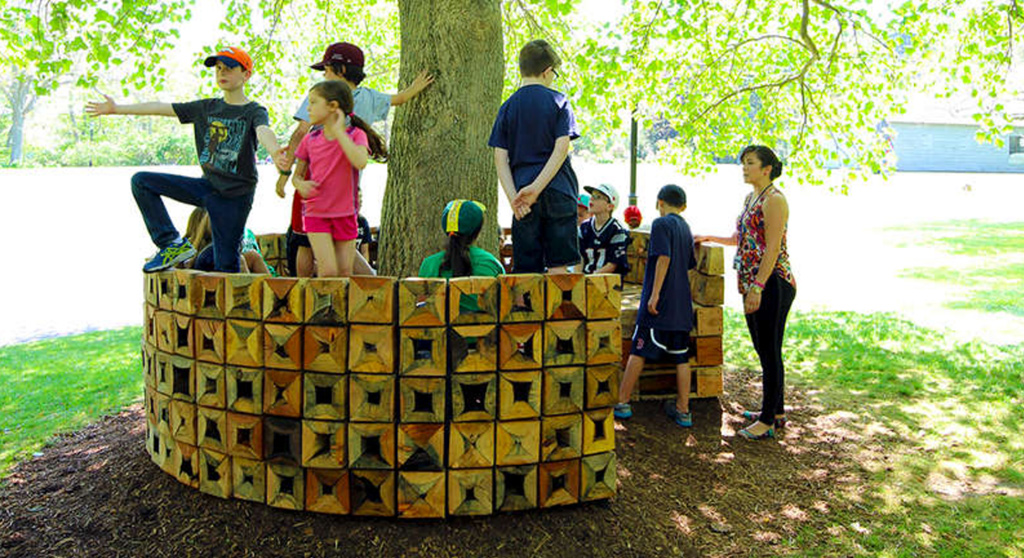 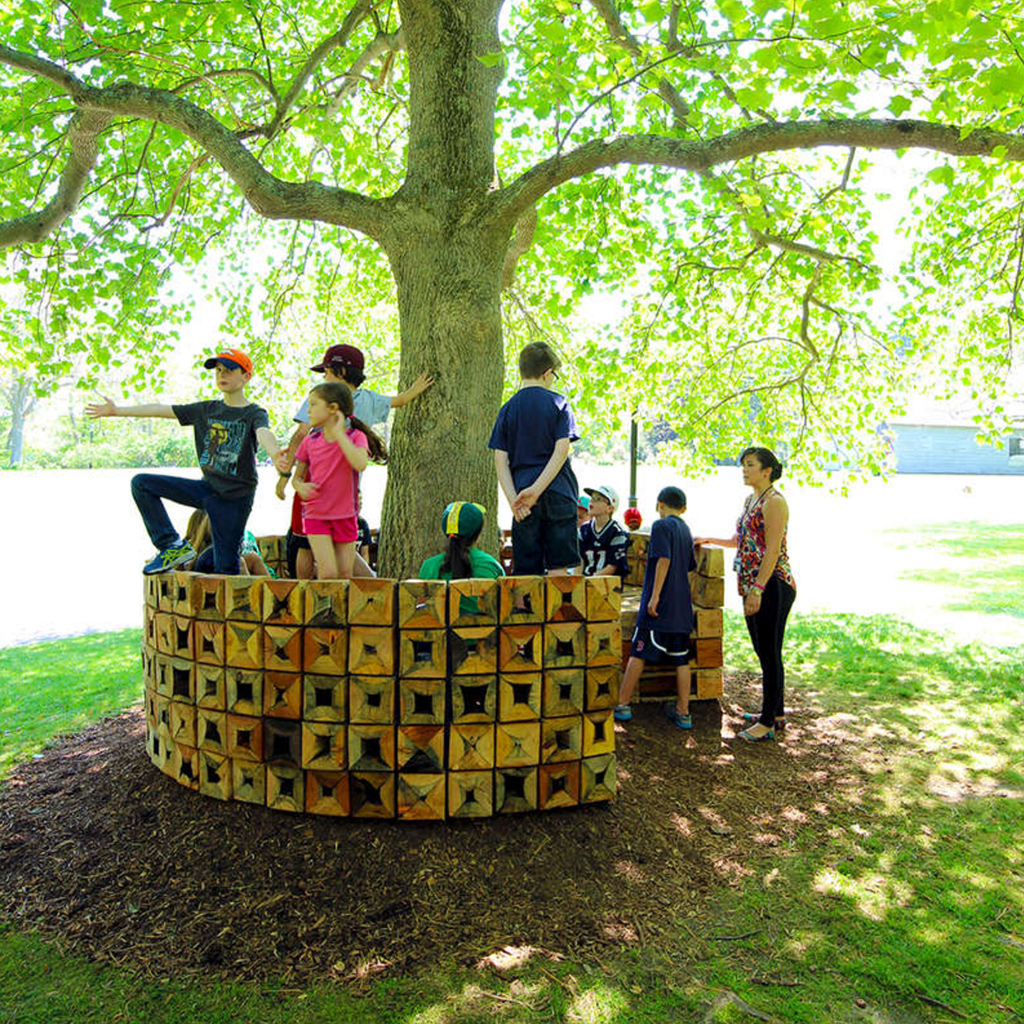 IKD of Boston and San Francisco – which installed “Outside-In” at the Heritage Museum and Gardens in Sandwich – is in the running to provide public art at the new Tobin Montessori and Vassal Lane Upper Schools complex. (Photo: IKD)

The four finalists for public art planned for the new Tobin Montessori and Vassal Lane Upper Schools complex will take questions and comments, thoughts and ideas at a 6 to 7:30 p.m. March 24 virtual meeting, the Cambridge Arts agency announced.

The four finalists – Daily tous les jours of Montreal; Gregory Gómez of Newtonville and Rodrigo Nava of Putney, Vermont; IKD, founded by Yugon Kim and Tomomi Itakura of Boston and San Francisco; and The Urban Conga of Brooklyn, New York – were selected on Jan. 21 and 28 by a jury made up of Kai Alexis Smith, David De Celis, Jessica Martinez and Caitlin Gilman.

Each finalist is being paid $3,000 to make proposals for the site developed in consultation with city staff and community members. One will be chosen for a final $650,000 commission based on community feedback, proposal presentations and interviews with the finalists. The final artwork is expected to be installed around 2024 to 2025 at a structure designed by the architectural firm Perkins-Eastman, Cambridge Arts said in a Wednesday email. The overall budget of the 197 Vassal Lane, West Cambridge, school project is $250 million.

A $300,000 public art process around commemorating the 100th anniversary of the 19th Amendment – which gave U.S. women the right to vote – was restarted this year after the initial version’s collapse in November. The reason cited: not enough diversity among the artists considered in the first, 23-month, search process.

In seeking artists for the Tobin project, Cambridge Arts said it researched and added nearly 400 contacts to its public artist registry outreach mailing list, expanding outreach “significantly” to communities of color, as well as organizations working with women and artists with disabilities locally and nationally. Cambridge Arts said it would “continue to strengthen this resource for this and future commission opportunities.”

According to Cambridge Arts, the Tobin project’s call for artists between September and December brought in 316 applications, of which 66 (or 21 percent) were from artists identifying as black, indigenous or as people of color. There were 195 first-time applicants (or 62 percent of the total), of which 53 were BIPOC (or 27 percent).

Register for the meeting here.

This post was corrected March 15, 2021, to clarify that the meeting was scheduled for March 24.