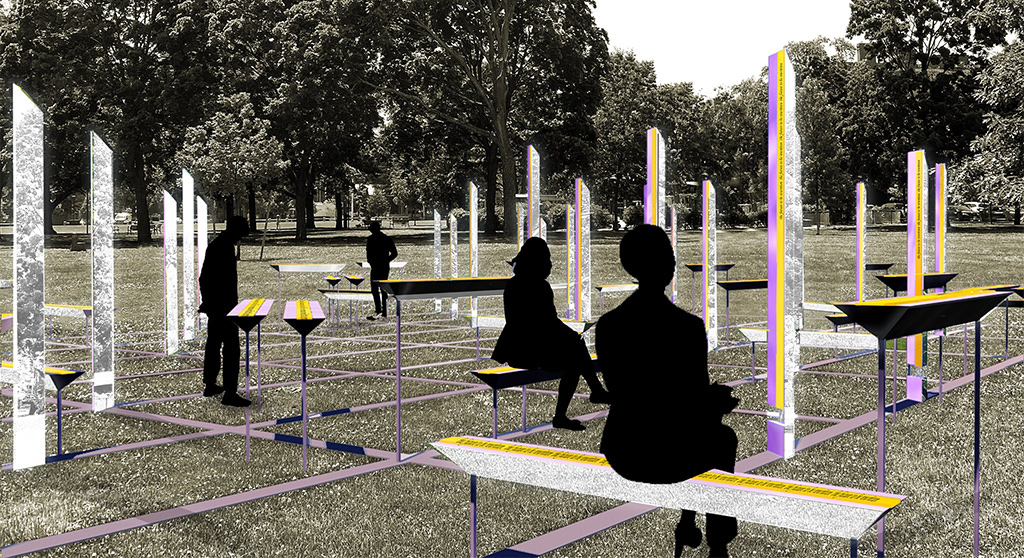 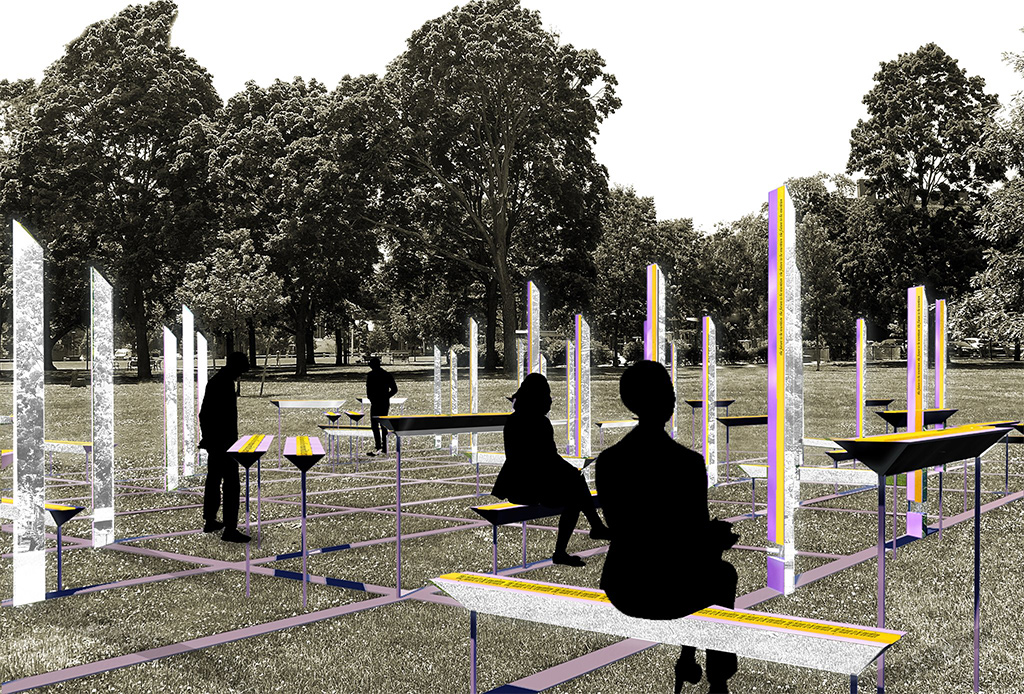 Concept art for Azra Aksamija’s “The Future to be Rewritten,” which was to be installed on the Cambridge Common.

The city is reopening its search for an artist to commemorate the 100th anniversary of the 19th Amendment, which gave U.S. women the right to vote, because there wasn’t enough diversity among the artists considered in the first, 23-month, search process.

The decision was arrived at with Azra Aksamija, the artist selected Sept. 3 by the city’s Nineteenth Amendment Selection Committee to install her “The Future to be Rewritten” on the Cambridge Common.

“Regardless of the approach we try to take, we will not be able to get around the core of the problem: that BIPOC artists were not adequately represented in the competition,” Aksamija said in a Friday email announcing her withdrawal. The term refers to black, indigenous and people of color. “I am honored that my proposal was initially chosen.” 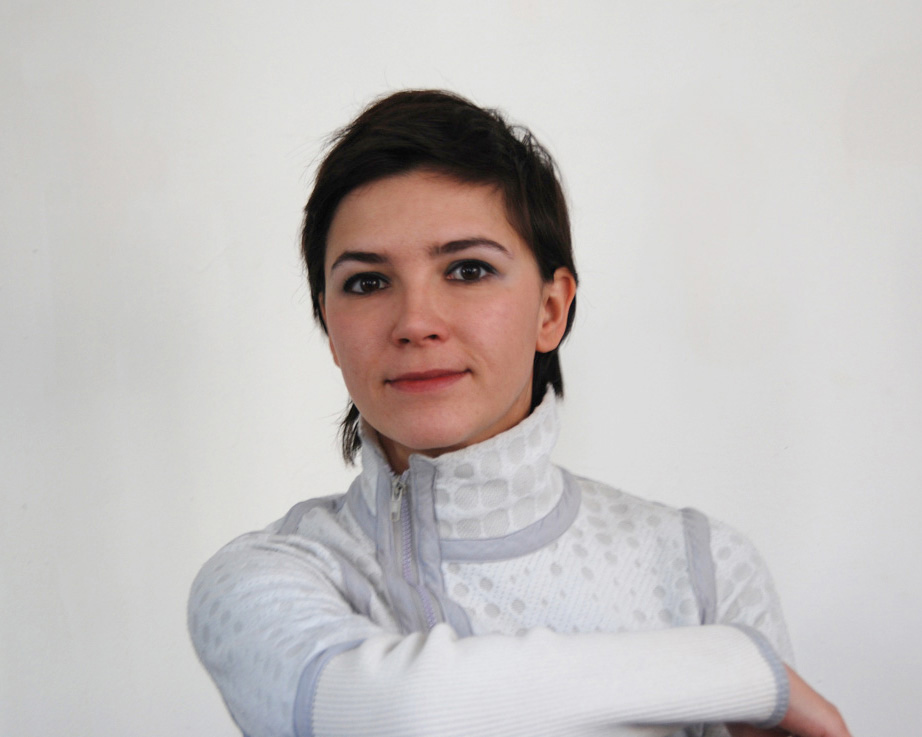 Details of the new search process will be announced in early 2021, the city said, explaining that it was reopening the selection process because it “strongly believes [the commission] requires a selection process that successfully recruits artists of all races.”

Aksamija, an Austrian associate professor at the Massachusetts Institute of Technology and director of its Future Heritage Lab, walked away from a $300,000 commission based on an idea she submitted in September 2019. She was among four finalists (Mags Harries and Lajos Heder of Cambridge among them), who each got $2,000 to present to the committee for its selection at the end of summer. Aksamija’s 25-minute explanatory video showed an area roughly the size of a tennis court with panels of engraved brass and mirrored steel inscribed with names and quotes from political and feminist activists and thinkers, which would have been chosen through a participatory process. Benches are scattered throughout in her design, but visitors were meant to walk among the structures, designed to be reminiscent of a suffrage march, and read from them at will. “The cross-writing prompts dialogues across history that resist a one-sided reading, revealing the complexities and contradictions of individual moments in time in a nuanced way and open to critical interpretation,” the artist said.

There was to be a periscope installed in the final pillar that let visitors look at the other monuments in the park – which are of men. “This symbolically elevates the women and children so they can come eye to eye with the statues that are otherwise only seen from below, because they are placed on pedestals,” Aksamija said.

The Nineteenth Amendment Centennial Committee said it had decided on the common after reviewing eight sites, narrowing consideration to five sites in June 2019 and then three – including Joan Lorentz Park at the Cambridge Main Library and Norman Tubman Square, between River and Pleasant streets near Central Square – before deciding for the common. “It is a public space of great historical and contemporary importance as an epicenter of civic activity in Cambridge,” the committee said. “It evokes a sense of suffragists claiming their place and joining the conversation.”

But the virtual meetings that seemed to wrap up the selection process took place against the backdrop of a summer of Black Lives Matter protests and civic reckonings with systemic racism from the world of fashion and hollywood to the realms of music and art.

Opposing use of common

In addition, the site-specific nature of the installation drew the attention of Maggie Booze, an architect who sat on the city’s Tree Task Force. “The Cambridge Common is already chock full of monuments. It is not vast, and is one of only three major public greenspaces owned by the city,” she said in a letter Aug. 1, pointing to the Alewife T plaza and the northern part of Massachusetts Avenue as among several alternate areas needing art and improvement.

The common, 16 acres near Harvard Square, already has a dozen monuments on it.

By Aug. 24 – falling 11 days after the four finalists made their presentations and 10 before Aksamija’s work was selected – Booz collected cosigners of her opposition in residents Sandra Fairbank and Louise Weed, and others were joining informally in an email chain. “Our objection is about the sacrificing of open green space, permeable land and trees that thrive because of unobstructed soil conditions and minimal paths and compaction. This is an identified time of critical environmental preservation,” they wrote.

Jennifer Mathews, assistant to the city manager, acknowledged the letter would be sent to the selection committee and assured Booz that “there will be additional community meetings and discussion to finalize the details. [And] construction would not begin for many months, at the earliest.” Otherwise, there was public silence about the project – until Friday.

Hearing the news of the city’s reconsideration “came as a welcome surprise to me,” Booz said. “It became painfully obvious that just as the amendment passed in 1920 neglectfully excluded the rights of women of color to vote, Cambridge’s selection process of the work/artist to commemorate it was of limited ‘recruitment’ too.”

Despite the committee’s rationale for siting art on the common – a decision arrived at with support from the Historical Commission – Booz said the pause for a more inclusive selection process allowed for reconsideration of where the art ended up.

“I am hopeful that in revisiting this worthy project the city will also revisit its siting and consider finding a superior place for it that will be transformed by the beauty of what I’m sure the artists will produce,” Booz said. “The common is not enhanced by monuments, it is simply a magnet for them because it is, in itself, outstandingly beautiful.”