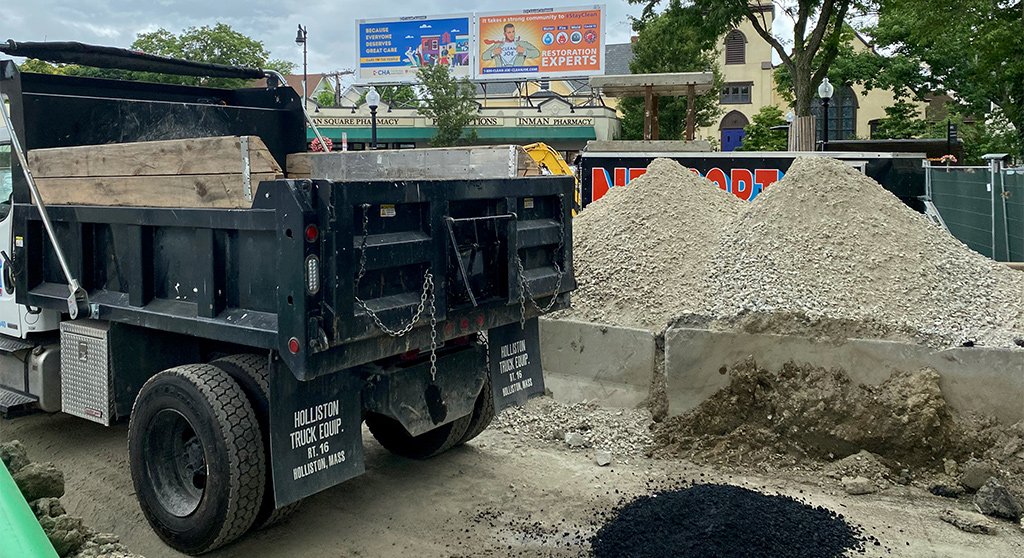 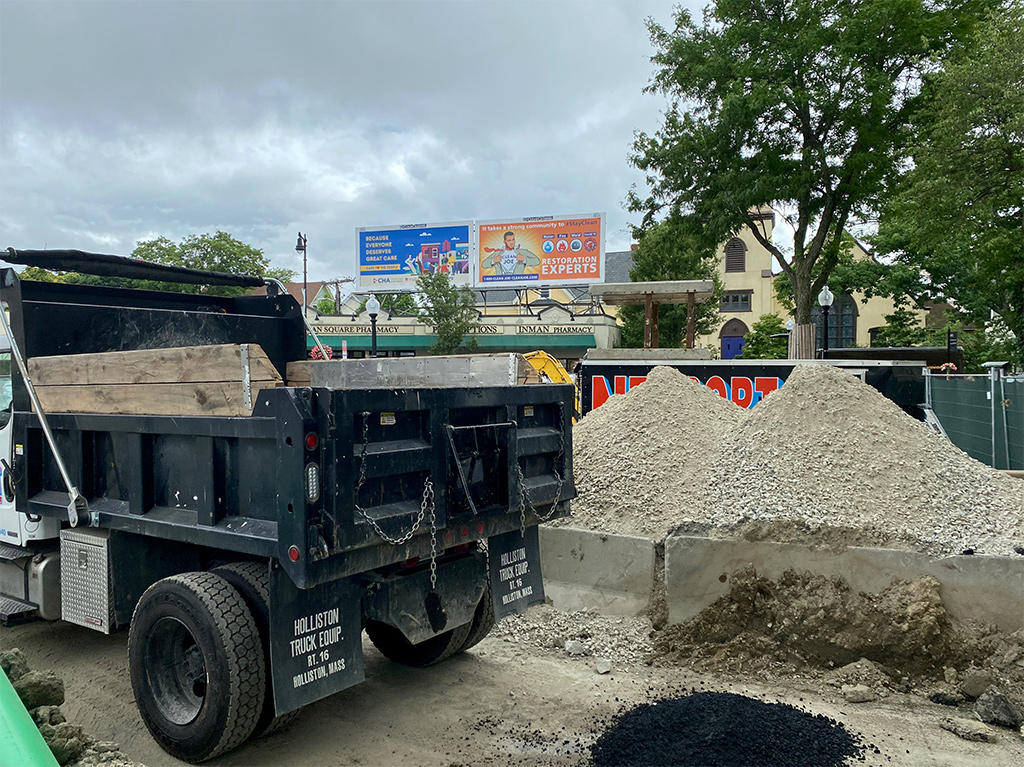 Street and sidewalk infrastructure projects and building maintenance and improvements have been hard hit by the coronavirus lockdown, many falling “at least six months behind where we expected to be,” City Manager Louis A. DePasquale told city councillors Monday.

The news was just part of a rundown of how the work of municipal government stands after a year of pandemic, and came in response to a question from councillor Patty Nolan about what could be expected now that the city and state was “able to see the light at the end of the tunnel.”

Despite the limitations of the pandemic, which closed City Hall offices for a time, then kept resident services remote – there are now in-person appointments four days a week – the city’s 2020 resident satisfaction survey drew better numbers than the previous survey, from 2018, DePasquale said. Then, 43 percent complained they’d been unable to conduct some business with the city during regular business hours; in 2020, in the midst of the pandemic, that fell to 32 percent. (Left unaddressed was whether there was a drop-off in attempts to do business with CIty Hall because of the same lockdown.) The survey polled 400 random residents by phone and 2,551 people online.

Some parts of city government are operating nearly like usual, DePasquale said. The License Commission and Inspectional Services recovered from some “minor delays” and now have no backlog; fire department inspections of smoke and carbon monoxide detectors are on time, as are the Animal Commission’s annual dog license renewals; the Community Development Department’s HomeBridge affordable homeownership program fell behind when in-person showings of homes were suspended, but staff “are working through through the backlog now and expect to have it back to normal in several months.”

A library reopening plan is being discussed, the city manager said, and staff hope “to have an announcement soon.” In the meantime, residents can take advantage of contactless pickup at all but the three smaller branches, and services such as remote printing. The main library expects to roll out homebound service delivery next month, DePasquale said.

Nolan said her question was inspired by residents reporting delays of up to eight weeks and counting for their parking permits, passing an announced March 1 deadline when traffic enforcers would start looking for the new versions.

There’s a new deadline, DePasquale said: May 31. Until then, “the current year’s permits remain in effect.”

“Even under normal conditions there has often been a backlog of applications at this point in the process,” he said. “This year particularly has been challenging.” The challenges included more online applications, including from people who would have needed to apply in person before; fewer staff allowed in the office at one time to handle them; and the inability to hire seasonal clerical aides to help with the processing, also because of social distancing requirements.

“I am working with Mr. Barr to have all the permits by that [May 31] deadline,” DePasquale said, referring to Joseph Barr, director of the city’s Traffic, Parking & Transportation Department.

Meanwhile, Public Works programs and services “have been affected in a variety of ways,” DePasquale said, starting with the repercussions of street and sidewalk infrastructure projects being suspended at the start of the pandemic. The projects have “continued to experience intermittent shutdowns as quarantine circumstances arise,” with more delays on building maintenance and improvement projects ranging from plumbing and electrical work to painting, flooring and carpentry – in part because city architects spent “considerable amount of time” managing the construction and maintenance of homeless shelters, first at the War Memorial Recreation Center and then in empty parts of a Spaulding Rehabilitation Hospital wing on Cambridge Street.

Even improvements to the Public Works facility itself have been delayed, but “we will slowly get back into these projects,” DePasquale said.

The department’s spring tree plantings were interrupted by the pandemic lockdown and then by weather that “was less than favorable,” with some 200 trees finally planted in June and another 400 trees in the fall, while this year 900 trees are expected to be planted citywide, he said.

A curbside compost pickup program that was suspended in April is expected to be back late next month “or certainly in May” after the delivery of three new hybrid rubbish packers, DePasquale said, and an expansion of the compost pickup program into multifamily buildings canceled because it “involves a significant amount of one-on-one interactions” is expected to restart in the summer.

This post was updated March 19, 2021, to correct that the new resident parking permit deadline is May 31.