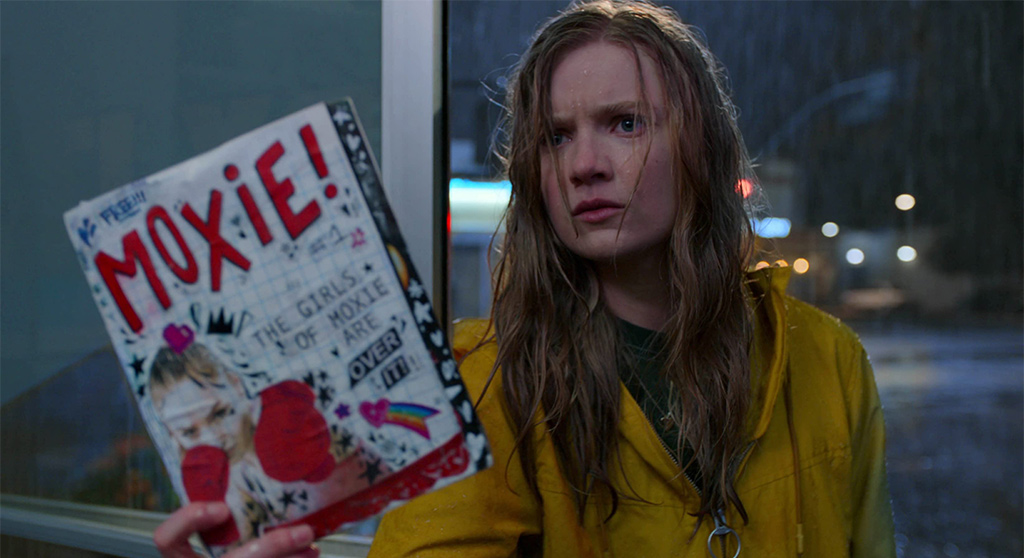 To celebrate Women’s History month, Cambridge Day and the Boston Women’s Film Fest host a film forum discussion Tuesday around movies chronicling different aspects of the female experience in U.S. history. See the three films (“North Country,” “Pariah” and “Maya Lin: A Clear Vision”) and join the conversation. The event is free and open to the public with a suggested donation to On the Rise, a Cambridge nonprofit that helps homeless women find shelter and work opportunities. For details and to sign up, go to the EventBrite page.

The Belmont World Film’s 19th Annual International Film Series is underway (virtually), including films submitted for Best International Language Film in this year’s Academy Awards. Of the three, two are by directors who have previous Oscar-nominated works: Agnieszka Holland, whose “Europa, Europa” was nominated in 1990, and Majid Majidi, whose “Children of Heaven” was nominated in 1997. Holland’s “The Charlatan” (Czech Republic) tells the story of a natural healer caught in the tentacles of totalitarianism, while Majidi’s “Sun Children” (Iran) depicts a 12-year-old boy swept up in street crime. The other submitted film, by first-time Bhutanese filmmaker Pawo Choyning Dorji, “Lunana: A Yak in the Classroom,” tells of an aspiring singer from a remote Himalayan village who wants to relocate to Australia.

More than a third of this year’s films are directed by women; several are carried over from last year’s series, which was canceled due to the pandemic. At the end of each film’s weekly run there will be a virtual Q&A with the director – this week’s being with “Lunana” director Dorji at 7:30 p.m. Monday. For films, Q&As and tickets, go to Belmont World Film’s website.

I ran into a friend in Harvard Square this week who was grabbing a bite in one of those greenhouse bubble at Charlie’s Kitchen. He was on his way to see a screening of the 1970s testosterone-pumping classic “The Warriors” (cue Joe Walsh) at The Brattle, where a friend had rented out the theater for a pod screening, giving me cause to mention (again) that you can rent out The Brattle for personal screenings with friends. For dates and details, visit the Brattle website. Also playing virtually as part of the Brattle’s 20th anniversary celebration as a nonprofit is “Russian Ark” (2002), Alexander Sokurov’s boundary-breaking film, shot at the Russian State Hermitage Museum. The first non-narrative film captured in a single shot, it chronicles every stage of Russian history, including the reigns of Peter the Great and Catherine the Great.

In Theaters and Streaming

Netflix, which dominated the 2021 Oscar nominations list, has smartly cooked up a handy homepage category for its Oscar-nominated films. “Da 5 Bloods,” “Mank,” “The Trial of the Chicago Seven” and “White Tiger” are among the 16.

Based on Jennifer Mathieu’s popular YA novel, this sprightly yet deeply dark tale about racism and sexism perpetuated by white male culture in a typically generic high school is an empowering victory lap for young women who feel marginalized – think “Heathers” (1988) via “Legally Blonde” (2001). The film also marks SNL alum Amy Poehler’s directorial debut. The film lacks balance, but raises a multitude of deeply relevant social issues. The bad guy here (Patrick Schwarzenegger, Arnold’s son), the jock QB golden boy, is a bit too off the shelf in his unmitigated repugnance, entitled by the school’s blind eye (Marcia Gay Harden as the principal). The transformation of Vivian (Hadley Robinson, “I’m Thinking of Ending Things”) from introvert to covert feminist leader carries the film as her invention (Moxie, an anonymously published guerrilla school tabloid) brings women together. Issues of race and cultural pressures pepper the perimeter smartly. Poehler plays Robinson’s mom, and Alycia Pascual-Pena serves notice with a quietly affecting performance as the new girl drawing the ire of the self-appointed Adonis. Streaming on Netflix.

Talia Lugacy bridges generations and gender with a dark yet lyrical tale about vets suffering from PTSD and trying to heal. The film feels like a documentary as it follows a group of Vietnam and Iraq War vets who work on a collaborative art project using old uniforms. It starts with an Iraq vet dying in public from an OD; the rest of the film focuses on Will (Sam Adegoke), a vet and PTSD mentor who feels tremendous guilt over that death – one he feels was on his watch. Later he takes on Isabelle (Lugacy), another vet suffering and disowned by her mother for serving. Lugacy’s laconic style is neorealistic, in the same way Chloe Zhao’s works have come to recognized. Lugacy and Adegoke not only forge chemistry between their troubled souls, but inhabit the weariness and pain of their characters as if they lived it. The dialogue at turns gets too preachy about war and social support; the film is best in its more somber and intimate moments. Streaming on Amazon Prime.

A Cold War spy thriller about real-life British operative Greville Wynne (Benedict Cumberbatch), a businessman pressed into action because of his Russian business contacts and freedom to travel through the country, that helped resolve the Cuban Missile Crisis. Cumberbatch is fun to watch in the role, as his Wynne is something of a putz in the cloak-and-dagger universe. He’s human and flawed and has a taste for the drink – an asset, it turns out. Jessie Buckley (so good in “I’m Thinking of Ending Things”) is affecting as Wynne’s wife, but in the bigger pantheon of Cold War events and thrillers, fictional and not, “The Courier” feel like a footnote when lined up against “Tinker Tailor Soldier Spy” (2011), “The Spy Who Came in From the Cold” (1965), “A Most Wanted Man” (2014) and “Bridge of Spies” (2015). Showing at Landmark Kendall Square Cinema, 355 Binney St., Kendall Square.