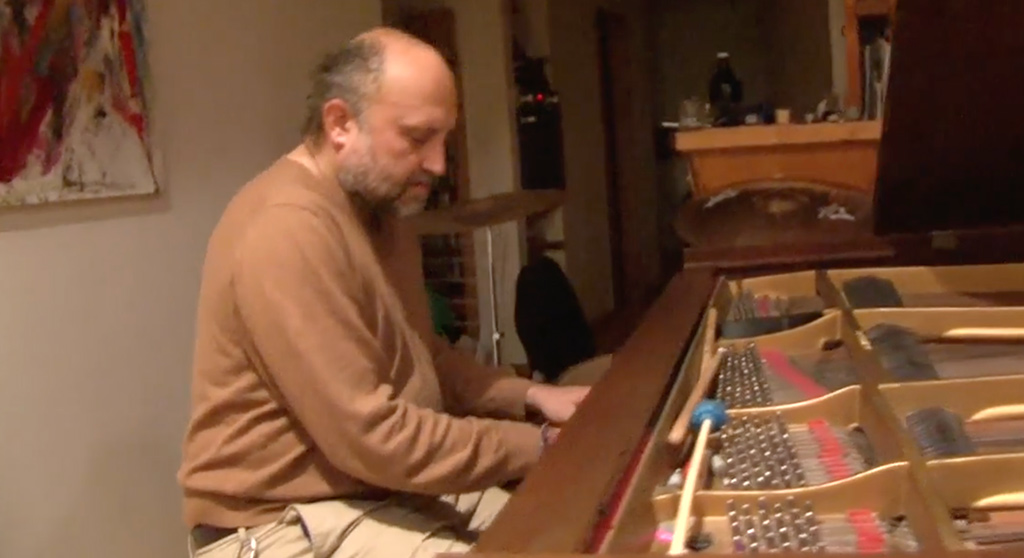 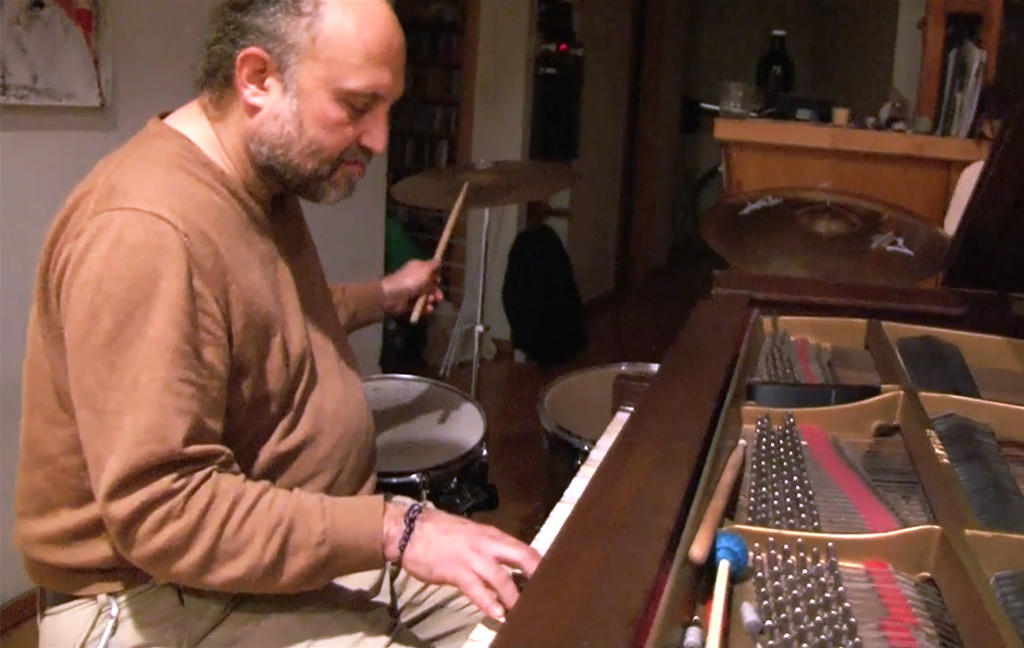 Eric Zinman plays in a December 2015 home show, seen in a screen capture from a video.

The return of warmer weather means the return of the free Creative Music Series to Saturdays at Assembly Square. The Easter Weekend concert is led by Boston musician and composer Eric Zinman with Matt Crane on percussion, Ellwood Epps on trumpet and Glynis Lomon on cello and the aquasonic – a variation on Tibetan water bowls.

Update on March 29, 2021: This event has been moved to the Watertown Square Veterans Memorial “due to circumstances beyond our control,” programmer Alex Lemski said.

In addition to recording 18 albums since 2000, Zinman has composed music for dance and theater, as well as collaborating with painters and poets. In 2005 he founded the New Language Collaborative with Loman and percussionist Syd Smart.

“You can expect sets of energetic and intricate interactive, solo and collective ideas into improvisations between these terrific and major Boston creative jazz and free-form artists,” said Alex Lemski, who programs the series – just as he ran the improv and postmodern jazz series at Inman Square’s Lilypad before the pandemic.

The jazz concert takes place at Sylvester Baxter Riverfront Park by a walk-bike trail, with the Mystic River as backdrop. The concert site is not far from across the Assembly Square parking lot, with Staples, the Christmas Tree Shops, Chase and Starbucks on the other side of the passing road, Lemski said – just turn left and curve around Grand Union Boulevard to hear.

The free concert is at 4 p.m. Saturday.