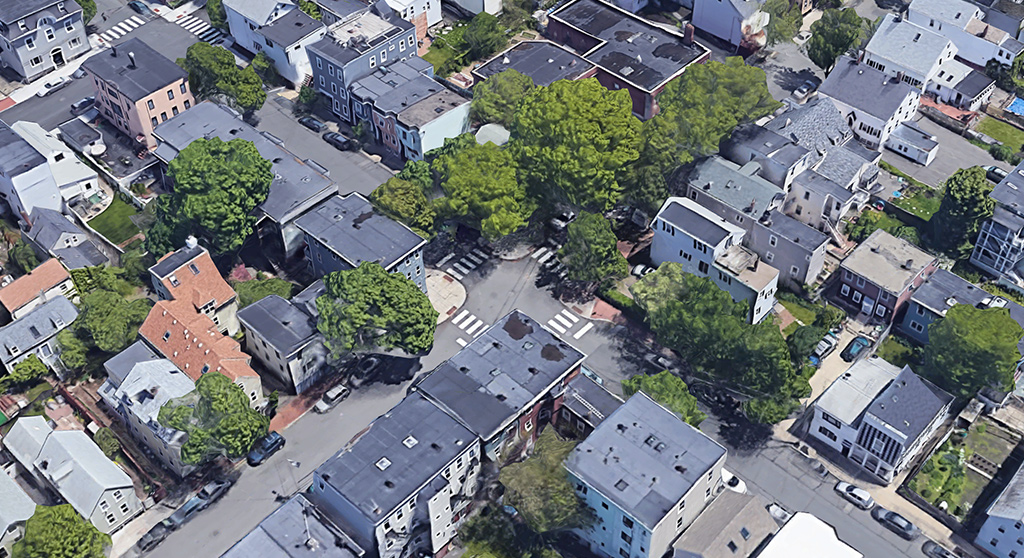 Suspects have been charged in a March 2 shooting at Fifth and Spring streets in East Cambridge, a residential area. (Image: Google)

A March 2 shooting in East Cambridge has led to arrests of two Boston men and drug trafficking charges related to the incident.

Efrain Gonzalez, 31, of Boston, was arrested on warrants for trafficking cocaine over 200 grams and conspiracy to traffic cocaine; a 33-year-old Boston man was also summonsed on warrants for those charges and for possession of a firearm during the commission of a felony, Middlesex District Attorney Marian Ryan and Cambridge Police Commissioner Branville G. Bard Jr. said in a Tuesday email.

Gonzalez was arrested last week without incident, arraigned in Cambridge District Court and ordered by Judge Ina Howard-Hogan to be held without bail pending a dangerousness hearing Wednesday.

Neither the name nor other details about the second man were released Tuesday – though there is reason to be believe he was the victim of the shooting that took place at Fifth and Spring streets in East Cambridge at approximately 1:30 a.m. March 2. The victim, who suffered non-life-threatening injuries, had been identified as being a 33-year-old man. The email from Ryan and Bard said the man was from Boston.

While conducting patrols focused on a recent increase in catalytic converter thefts, a police officer in the area heard a gunshot, said Jeremy Warnick, director of communications and media relations for Cambridge police. The officer saw an injured man walking on Spring Street toward Fifth Street and two vehicles leaving the area on Spring Street toward Sixth Street. He ran to the victim and provided medical aid before Cambridge firefighters arrived. The victim was later taken to a local hospital, Warnick said.

Officers later found two abandoned vehicles on Hurley Street, near the scene of the shooting. Two men from Boston were “also identified as officers searched for a possible suspect” or suspects, Warnick said, and taken to Cambridge’s police station for questioning. Officers found a semi-automatic firearm on a nearby porch, a large quantity of crack cocaine, a knife and other evidence.