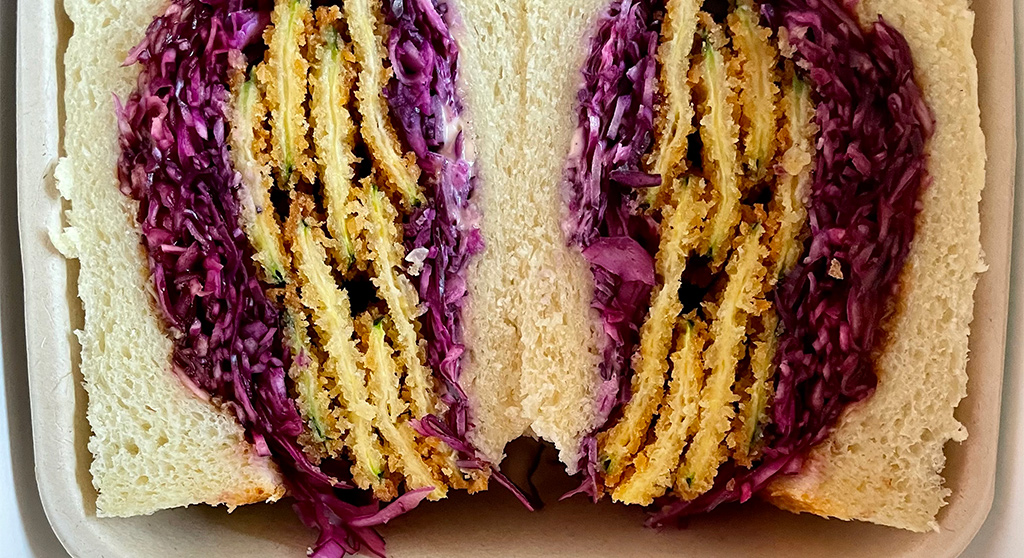 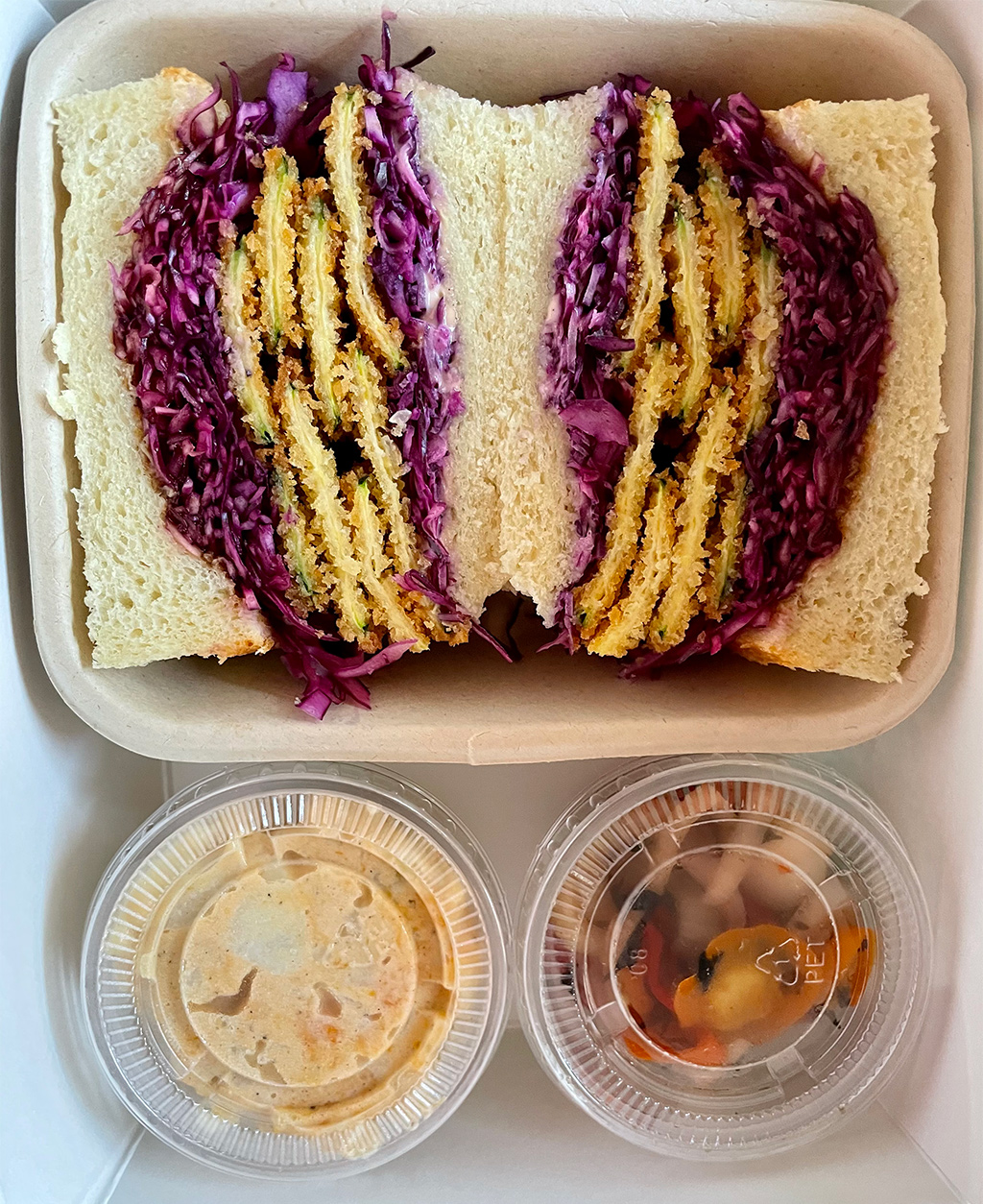 The Zucchini Katsu Sando at Mikkusu Sandos in The Port. (Photo: Tom Meek)

There’s just one week left (or so we are told) to get one of the glorious Japanese sandwiches at the Mikkusu Sandos pop-up in the storefront formerly occupied by Cuchi Cuchi. If you haven’t had ’em, rush out for one Wednesday through Saturday. Panko-crusted, fat-fried pork cutlets from Savenor’s comes on the main offering. I didn’t try either of the pork katsu variations, but had the panko-breaded zucchini version, which combined an outstanding light tempura with pickled red cabbage, Dijonnaise and katsu sauce on crustless Japanese milk bread, or shokupan – fluffy, dense and sweet.

The term mikkusu in Japanese refers to variety, and on its short, tight menu, the pop-up also offers a tuna salad variation (low on mayo, very satiating) and the tamagoyaki sando, a delicately folded Japanese sweet egg omelet dredged in panko (think sweet egg nigiri in a sandwich and you’re there). All come with sides of pickled veggies and a mouth-puckering potato salad.

The reason the short-lived lunch eatery down in Central Square near Craigie on Main is winding down is that it’s going to go into remodeling hibernation to blossom anew next month as Cloud & Spirits, a Korean-infused dining experience. (Japanese and Korean cuisine often find a home together on concept menus.) The hand behind it all is chef Katie Cheung, a former computer scientist who’s had stints at at Radius, Kamikura and Menton. I suspect these wonderful box lunches – and they are perfectly boxed up – will live on in Cloud’s daytime offerings. I’m not running the kitchen, but I will be running for that zucchini katsu this week. Mikkusu also offers sinful drinks, such as a thick yet light matcha latte with clover honey and Yuzu Ichigo Spirits, with fresh strawberry, yuzu citrus puree and a splash of lemon-lime topped with Italian sparkling soda and garnished with fresh orange, lemon, lime and strawberries. Both come in alcoholic versions as well.